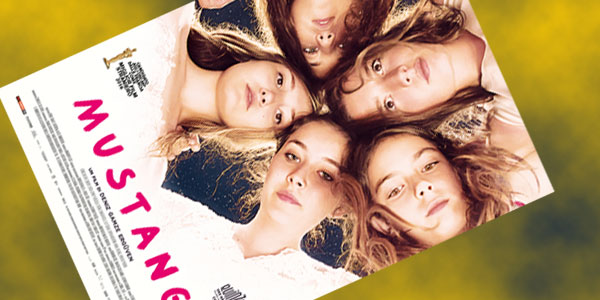 In a Turkish coastal village the young Lale and her older sisters Nur, Ece, Selma and Sonay celebrate the end of the school year.

The sisters go to the beach with a group of male students and play there, fully clothed, into the water fighting astride on the shoulders of males. The news of the ‘scandal’ is immediately communicated to their grandmother who punishes them but the harsher punishment will come from their uncle who decides to bind them at home to prevent them from giving more scandal.

To accommodate even better things he starts searching possible suitors for their marriages to give back integrity to the family.On Tuesday 24th November, Mustang has been awarded by President Martin Schulz with the 2015 European Parliament LUX Prize for cinema at a ceremony in the Chamber in Strasbourg.

These films, very different from each other, raise fundamental questions.

How our continent has to change in order to transform itself from the continent of emigration to one of immigration? What is the role of women in society neighboring Europe? How the economic crisis threatens our community life?

Mustang is the story of five sisters determined to live their lives, to break the yoke of tradition.

Martin Schulz, described Mustang in this way: Mustang shows five strong women who want to get away from a sometimes patriarchal and hypocritical society.”

Furthermore that “Sensitivity for the diversity that the prize aims to emphasize is the greatest importance; we have to be ready to defend what makes us who we are, something we have to defend against destruction by young people who were prepared to destroy behind their stupid ideology,” making a direct reference to the recent deadly terrorist attacks in Paris on November 13.

The New European 36-year-old Mustang director, Deniz Gamze Ergüven, studied history-literature and African history before graduating from one of France’s most prestigious film schools, the Femis, of which film masters such as the Greek-French Costa Gavras and Greece’s Theo Angelopoulos are also alumni.

Speaking after the awards ceremony, Ergüven said: “I do not want to define my film in any political structure, but feminism aims for the equality for women, so there is feminism in the film,” said Ergüven.

“You don’t see brave, strong female characters in cinema,” she said. “We look to the world through men’s eyes in the history of cinema.”

Born in Ankara Ergüven moved to France when she was 1 year old but did not lose her connection with her home country. 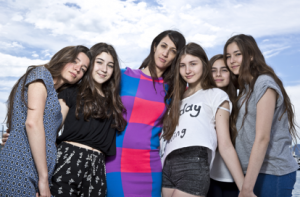 “I have two cultures and two nationalities,” she said. “I am told ‘you are not French’ in France and ‘you are not Turkish’ in Turkey. This movie is my perspective; it is neither Turkish nor French.”

Ergüven described Mustang as a story, which anyone can relate to, as it was about aspiring to freedom.

“I wanted to say with quite a sense of urgency what it was to be a woman, something which was even more acute and urgent in the case of Turkey,” continued of her film.

Mustang is a wonderful movie that puzzled by its ability to deal with unexpected sweetness and sensitivity such a dramatic subject. Despite being a film radically inserted in the Turkish reality France has submitted “Mustang,” for an Oscar nomination in the foreign-language category this year.