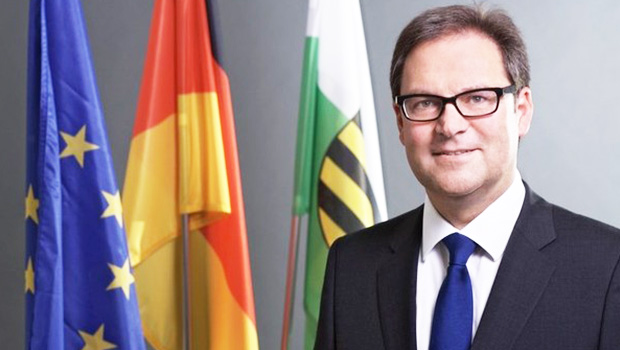 After a longstanding political career in his country Germany, Hermann Winkler became an MEP of the EPP Group in 2009 and since then has been an active member of the Committee on Industry, Research and Energy and of the Delegation to the EU-Montenegro Stabilisation and Association Parliamentary Committee.

UNITEE interviewed him on topical issues such as Euroscepticism and migration policies.

Mr. Winkler, why did you decide to start a political career? And why it took you later to European politics?

I came to politics through the historical fluke of the Peaceful Revolution of 1989 in East Germany, which ultimately was an important milestone for the integration of Europe. In the course of social and political changes, I wanted to shape my home myself and therefore took the opportunity to get involved in local politics. Shortly thereafter, I was also elected to the Parliament of Saxony, where I worked for 19 years. During this time I was confronted with decisions and norms of the European Union and recognised the growing importance of this political level. It only seemed logical to me to apply for a seat in the European Parliament, where I consider myself primarily as a representative of the Free State of Saxony and mainly its small and medium-sized enterprises.

You are substitute member of the DCAS. Which investment / trading opportunities for European companies do Kazakhstan, Kyrgyzstan, Uzbekistan, Tajikistan, Turkmenistan and Mongolia offer?

The Central Asian states are currently undoubtedly some of the world’s most exciting ones, economically speaking. However, we must remember that this region is far from being homogeneous: in political, social and economic terms, these states have some major differences. What they all have in common is a wealth of natural resources and an export-oriented economy with concurrent deficits in manufacturing and service sectors. For this reason, the field of economic modernisation projects in this region appears to be particularly interesting. Foreign investment, especially knowledge, are essential in making Central Asian economies more competitive.

What do you think is the right way for the EU, more or less Europe, and why? How to deal with Euroscepticism?

The real question is not about more or less Europe, but rather concerning meaningful and less meaningful areas of European standardisation. The best remedy for Euroscepticism is a better EU with a few clearly defined responsibilities. In big and cross-border issues such as asylum and immigration, economic and monetary policy, foreign and security policy and the completion of the internal market, we need a strong Europe. Nevertheless, there are also many challenges that are handled significantly better at the national, regional or local level and must be addressed by taking into consideration the realities on the ground.

As a member of the Committee on Industry, Research and Energy, what specific measures would you suggest to ensure the competitiveness of the European middle class in a globalised world?

Affordable energy costs will remain the main challenge on the medium and long term for preserving European economic competitiveness. To ensure the latter, we need a strong internal European energy market with common rules. Instead of a national ‘funding jungle’, the support for renewable energy sources must be directed towards the eventual potentials in Europe. If we get to distribute to consumers solar energy from the south, hydropower produced in the mountains and wind power from the coasts through trans-European networks, the solution to the problem is already much closer.

What is more, we shall not get bogged down in a dogmatic discussion about energy efficiency and reducing emissions. Always producing new and stricter regulations costs the public purse a lot of money, it hampers economic activity and yet will never be enough to mitigate global development. While Europe is imposing on itself strict rules when it comes to energy consumption, in other parts of the world the room temperature is still being regulated by opening or closing the window and the technological level of newly-built power plants is outdated.

We do not need unrealistic targets for energy consumption and carbon emissions, but rather have to drive the development of advanced technologies and thus achieve progress. Because, and this is my third point, the authoritative resource for the economic future of Europe are clever scientists, resourceful engineers and competent professionals.

In recent months PEGIDA, especially in East Germany, has received much popularity. A big part of society seems equally threatened by an “Islamization of the West”. How do you respond to their opinion on this matter and how could these fears be taken away from the people?

Despite of the name, I’m not sure if PEGIDA’s actions are only about the fear of Islamization. The causes for the increasing success of the demonstrations seem to be the growing discrepancy between the public opinion and the perspective of a significant portion of the population. Obviously, there are people who do not see their positions reflected in the media or in political discourse, and even feel that their opinion has been silenced and considered illegitimate. This can only be handled, in my view, if we go back to a cultural discussion that allows opinions to be expressed without being assessed.

Freedom of expression is a valuable asset and requires at least to enable the expression of strange and little reflected positions. Irrational fears must be addressed as a second step with openness and information. In many cases, a reference to facts is sufficient to stop fears or, in other cases, what protests are demanding has already been implemented through laws.

Evident problems need to be openly named, neither not underestimated nor faced through slogans. The protection of refugees from persecution in Germany enjoys inviolable constitutional status and is part of the responsibility that comes from our history. However, we must openly discuss and justify which other reasons guarantee the right to receive a residence permit in our country and which ones don’t.

Germany needs immigration and is open to all people who share our values, respect our rights and want to make a valuable contribution to our society. Nevertheless, it is legitimate for us as well as all other immigration countries to decide for ourselves what contribution we consider valuable and whom to welcome.

Do you think that civil society organisations such as UNITEE are important and even modify existing prejudices and reservations against fellow citizens with a migrant background?

Associations such as UNITEE are the living expression of the European idea that mobility and intercultural exchanges are an asset and that they allow many achievements within the EU in the first place. As a union of entrepreneurs with a migrant background, the work of UNITEE contrasts the unfortunately still widespread prejudices, and highlights the benefits of immigration for society.

As a substitute member of the Committee on Culture and Education, which measures do you consider to be necessary to promote and support education and research?

With regard to education, we need a system that meets the skills of the individual and supports each one according to their strengths in the development of his potentials. Undoubtedly, the promotion of higher education is important, but it should not lead to the neglect of practical training.

Europe needs capable hands and heads at all levels and in all places, artisans and skilled workers, as well as engineers and scientists. Therefore, I support the German model of dual vocational training, which wisely combines theory and practice and creates capable and valuable professionals.

I am against the academisation of all jobs at any price and against all odds. Where higher education is urgently needed, for example in research and development, we need to encourage and support the best ones and give them options.

Europe is an area of mobility and especially the experts from tomorrow know how to appreciate it as an opportunity for exchange of ideas and experience acquisition. The measures and projects maintained by the EU in this area should therefore be expanded. We also need to improve the link between research and its implementation in order to turn scientific excellence in competitive products and services.

PEGIDA
A fast-growing far-right populist movement against “asylum cheats” and the country’s “Islamization”
EPP
Group of the European People's Party (Christian Democrats)
MEP
Member of the European Parliament. The MEPs are your representatives at the EU level. They adopt EU legislations and the budget. You elect them for a period of 5 years. The next election is in May 2014.
Internal Market
The geographical area across the EU where you are free to live, work, study, do business or retire… Thanks to this single market, you can also enjoy, from home, a wide variety of goods and services coming from all over Europe.
UNITEE
UNITEE represents entrepreneurs and business professionals with a migrant background, most of them of Turkish descent, and whom we refer to as ‘New Europeans’. http://www.unitee.eu/