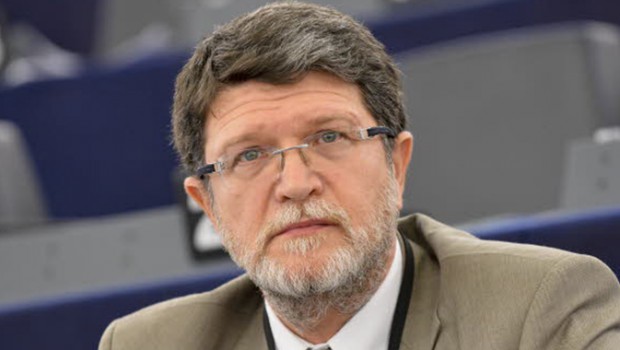 “Croatia Is Happy to Be Part of the European Family.” Interview with Tonino Picula, Croatian MEP

Tonino Picula is a Croatian MEP for the group of Socialists and Democrats in the European Parliament. After working on the front line for Croatian accession to the EU, and as Croatian Foreign Minister from 2000 to 2003, he was the Vice President of the OSCE Parliamentary Assembly. Elected to the European Parliament this July, when Croatia joined the EU, he is a privileged observer of European affairs: he puts together great experience on the international stage with the freshness of thought coming from representing the youngest Member state of the European Union.

Mr. Picula, you have been the foreign minister of Croatia from 2000 to 2003, a period dense with events, which accelerated the accession of Croatia to the EU. In July, Croatia became the 28th Member State to join the EU. What were the main reasons that pushed Croatia to make this historical step? And are you happy with the result?

Yes of course. The first thing to mention, though, is the following: Croatia, together with Bosnia-Herzegovina, is the country in Europe that gained its independence in the most complex and tough way. Croatia is a country that emerged after the deep structural crisis in socialist Yugoslavia and after, a war was imposed on the country by Milosevic’s Greater Serbia project. So, for us, being a member of the EU means a lot, because from the very beginning, Croatian people wanted to increase their freedom by becoming part of the greatest project in European history. For us, it  did not only mean to develop the rule of law and democracy, but also to update our economic system and settle all the disputes with our neighbours. Now, having been a member for four months, we can say that we are happy to be part of the family, but there is still a lot to be done.

Croatia has joined the EU in a very difficultmoment, in a crisis that is not only economic, but also of identity. Some blame this on the enlargement process itself, because it has made the EU too big, without seriously reflecting on its vision. What do you think about this stance?

One thing is for sure: the EU enlargement process has ceased to be a self-understanding process. But don’t forget that the whole history of the EU is a history of enlargement, beginning with 6 States and ending with 28.

For this reason, it is important to ask ourselves, what is the EU as a project today? I think that the EU is facing a multilayer crisis. It is not just a financial crisis, it is also a crisis of legitimacy. Not only the politicians, but also the people of Europe, are now called to solve this problem: what is the European Union? Is it determined by geography, or is the European project based on values?

I think that we are simply torn between two answers: either the EU as a “second homeland”, as it was meant by Federalists through history; or the EU as a market place of half a billion consumers enjoying their Christmas shopping. I don’t think that Altiero Spinelli, Adenauer, Schuman and Monnet’s ideas were to secure comfortable shopping, but to create an environment for European people to live together through the centuries.

The first Elections for the European Parliament in Croatia, had a very low turnout, only  20,8%. Don’t you think that it showed a clear lack of interest in EU affairs by the population? And how is the situation evolving? What could be done to close this gap?

The last European election in Croatia has  in a way been a meeting point of two crises. A long lasting economic crisis, that started very early, in 2008, and a feeling of failure of the EU project. Besides, Croatian voters at the period of the elections had no experience of what it means to be part of Europe. They knew the municipal council and the Parliament; they had also heard of the Commission, because Croatia negotiated with it; but they had no clear idea of how important the European Parliament is.

You have asked me about the current situation: well, last polls showed that Croatian voters do not regret saying ‘yes’ to the EU accession. So, I think that thanks to the incoming electoral campaign the situation will improve next May, when the elections will take place. But I don’t expect spectacular results, because, as I said, it is a crisis of the project, of the institutions themselves: politicians must prove to their citizens that it is worth it to take that step and vote.

I didn’t plan a political career: as a young professor of Sociology at the University and a failed bass guitar player, I realized that it wasn’t possible to stop Slobodan Milosevic with a bass guitar.  I needed a more convincing instrument. So I joined the Social Democratic Party, to secure the independence of my country and its future place in the European family.

For this reason, if you ask me what helped me more, I could not pick one of my children. I’d rather quote an ancient American politician who said, and I like that quote, “all politics is local”. So for me, basically, there is no difference between how you can achieve national or local goals, once you have understood that the truth doesn’t lie only on one side. You have to sit there, with your opponent, and learn to think in his way, and respect his or her values.

As a member of the Foreign Affairs Committee, do you think that Europe is doing enough to be a player on a global scale, or should it do more? And what should the values be of its external action?

The EU has soft power, but I would like to add that this soft power is faced everyday with hard challenges, both at the domestic and the external level. Yes, there has been the success of the nuclear deal with Iran, brokered thanks to the EU’s Lady Ashton and the European External Action Service. But other areas have not been so successful: just think about Ukraine!

So, what is the EU in the wake of the 21st century? I can give you mixed answers: it is between the Nobel Prize for Peace, which it absolutely deserved, and the Euro crisis, which has affected its attractiveness for our partners in the East. Don’t forget that Armenia decided not to join the club, and that we have Russia putting strong pressure on Moldova. On the other side, we cannot forget about the flux of people coming from the Mediterranean countries, running away from the misery of their homes. We need to decide on how the EU will extend not its territory, but its influence over our Eastern Borders and our Mediterranean partners in the South.

You are the Vice President of the delegation for the relations with other Balkan countries. Among them, especially Serbia and Montenegro are well positioned to join the European Union, having started the negotiation process. Are you optimistic about other countries of the region entering the EU soon, or are there issues that still have to be dealt with?

An interesting phenomenon is that the EU has accepted all other regions and areas almost directly: Iberia, Scandinavia (except Norway), and then most of Central Europe during the ‘Big Bang’ in 2004. The Balkan countries are exceptions, because so far they have been, and will be, integrated in the EU step by step: Slovenia, Bulgaria, Romania, Croatia… Now Montenegro is the only country that is already negotiating with the Commission for membership and we are expecting good news from Serbia. But other countries are more controversial: Bosnia-Herzegovina and Macedonia need to resolve many obstacles.

I would like to see the EU be as successful in the Western Balkans, as it has been in Western Europe during the past 60 years. This is a unique period in Balkans’ history, because all countries have expressed their desire to join the European Union. So, sooner or later, it will happen: for the first time since the Roman Empire, the Balkans will all be together under the same political roof, and this time it will be a democratic roof.

Share the post "“Croatia Is Happy to Be Part of the European Family.” Interview with Tonino Picula, Croatian MEP"

Enlargement
After the fall of the Berlin Wall in 1989, enlargement was made a core EU priority. As of 2014, the EU is now composed of 28 Member States after seven successful rounds of enlargement. Five candidate countries have yet to become members: Iceland, Macedonia, Montenegro, Serbia and Turkey.
MEP
Member of the European Parliament. The MEPs are your representatives at the EU level. They adopt EU legislations and the budget. You elect them for a period of 5 years. The next election is in May 2014.