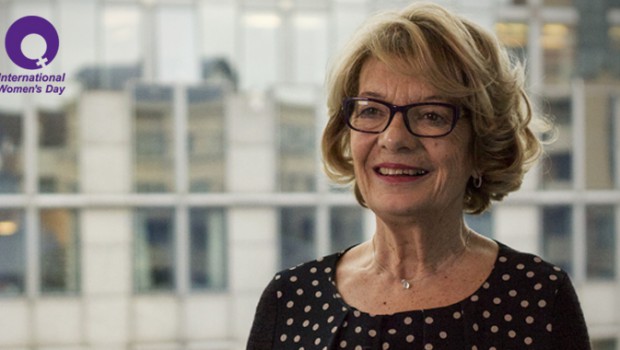 Vice-President of the Committee on Women’s Rights and Gender Equality in the European Parliament and President of the European Union of Women, Elisabeth Morin-Chartier MEP (EPP) shares her views and positions on issues related to equal careers and women entrepreneurship.

As the Permanent Rapporteur on the European Social Fund, she also speaks about the role of this fund in promoting the professional development of women.

Can we say that gender equality is constantly improving in Europe? What should be the main priorities of the Committee on Women’s Rights and Gender Equality after the elections?

One aspect that is constantly improving is the equal training opportunities of girls and women in Europe. What makes me feel uneasy about it though, is that this training leads young women to take different career paths than men. Accordingly, upon entry into professional life, the gap and differences between men and women remains.

Therefore, women tend to have flatter and slower careers than men and, at the end of their working lives, women earn on average 34 % less than men!

Are you in favor of a quota policy in the public sector and in the private sector?

I used to be against quotas, because I thought women could succeed due to their competences. However, today, I believe quotas are a mandatory evil, a necessary step to achieve this equality.

But quotas are not enough! If we do not address the problem of careers, the problem of reconciling family and professional life, we will not succeed.

Can Europe do more to promote women entrepreneurship?

Of course. Europe must take the leading role in these extremely important societal developments.

Firstly, because the competitiveness of Europe in the world is at stake. Secondly, because European values include defending the equality of its citizens. And finally, look at what is happening elsewhere in the world, for example in Japan. Who did they rely on to emerge from the economic crisis they went through? Women!

Other studies, American studies for example, show that companies with a high degree of diversity, or with a high amount of women in leadership positions, managed the economic crisis better than others.

You are Permanent Rapporteur on the European Social Fund. Does the ESF support the employment of women and female entrepreneurship in particularly?

Absolutely. Who does the ESF target?

First, it is young people, but especially young women. Indeed, a young woman with equal skills, equal qualifications and in an equal position, takes 6 months longer to find a first job than a young man, and does it with a 16% lower salary.

The second target group are women who have been hit extremely hard by the economic crisis. On the one hand, because they were already employed on a part-time basis, and during difficult times, these contracts are the first ones to be suppressed. On the other hand, because women are more likely to work in the public sector and were therefore more affected by the reforms in public policies.

Women need to free themselves from this glass ceiling. Because if they do not free themselves, especially when it comes to entrepreneurship, they end up in sectors, jobs and positions that do not give them the career opportunities they deserve.

No! We are so numerous in the European Parliament, so diverse with 28 Member States and 23 languages and ​​cultures that we completely internalized the value of mutual respect for each other.

In addition, at the European Parliament, no political group has an absolute majority. So there is always a need to listen to the others and to find with another political group, another MEP a consensus. We must listen and observe. I find this very good. It is a great basis for gender equality.

Finally, I am very proud to work in a Parliament where we are almost 40% of women! National politics should follow this example, as we managed to reach this result without any parity laws or quotas in place in many countries.

This is a Parliament that respects differences and in particular gender equality.

Share the post "“Equal careers should be a priority after the 2014 elections.” Interview with Elisabeth Morin-Chartier MEP"