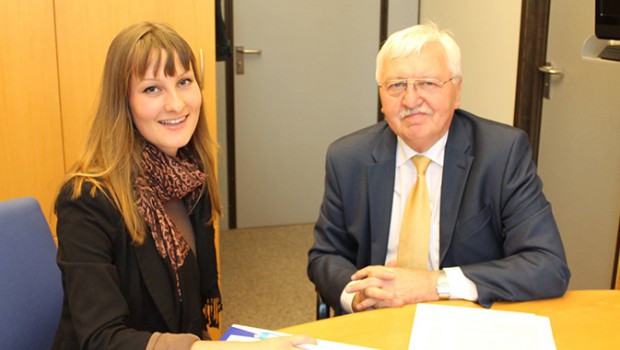 “If Every SME Could Create Just One New Job, the Unemployment Problem Would be Solved.” Interview with Jürgen Creutzmann, German MEP

This is easy to explain.  I was always interested in politics, even as a young man, so I became active in the youth organisation of the German liberals, the FDP.

From 1998, I was member of the Rhineland – Palatinate state parliament, for 11 years. Eventually I became chairman of the Committee on European Affairs.  The national association of the FDP saw my potential, and therefore asked me if I would like to run for office in the European Parliament. That year the FDP was very successful and managed to send 12 liberal MPs to the European Parliament. I was one of them.

UNITEE is a business confederation, representing more than 12,000 SMEs, and 3,500 business professionals with a New European background. You support BOOST, a campaign promoting SMEs. As a member of the Committee on Industry, Research and Energy, as well as substitute for employment and social affairs, your work is focusing especially on the issue of SMEs. Will this also be a key element in your campaign?

BOOST is a very successful campaign, and I was actually one of the brains behind it. I am also just coming from a meeting, where we discussed COSME, “Competitiveness for Small and Medium – Sized Enterprises”, a programme promoting SMEs, running from 2014.

Of course, I will focus on SMEs, because SMEs are Europe’s job engine. We have about 21 million SMEs and 21 million unemployed in the EU. If every SME could create just one new job, the unemployment problem would be solved.

Obviously, in some regions this is rather difficult and not feasible, but nevertheless it is an important concept.

What else can we do? The further deepening of the internal market should be a priority. We need to create a framework that allows SMEs to sell their goods in other member states, to have legal certainty and to know about warranty conditions, etc.

We also have to foster and increase online-sale, especially of medium-sized companies.

We need to promote SMEs, not only in financial terms but by creating regulations that will help them to reduce bureaucracy. Especially, because SMEs suffer more from bureaucracy than larger companies. In relation to their turnover, their profits and administrative costs are much higher.

To reform public procurement is also important. It has already been achieved to split the tenders into smaller lots, in order for SMEs to have a chance to participate in Europe-wide tenders.

Furthermore we have to ensure that the “de minimis” rule, which the Commission wants to change, continues, so that member states can still subsidies their SMEs in the future.

Euro skepticism is rising. The European elections next year, give the citizens the opportunity to influence the future direction of Europe. As a former full member and now substitute of the Committee on Internal Market and Consumer Protection, you know exactly what the economic benefits are of a united Europe. What do you personally think, is the way forward for the EU, more or less Europe, and why?

We should create more Europe, where it creates added-value.

However, where more Europe is not beneficial and where we need diversity, we should respect the subsidiarity principle. We do not have to regulate everything, and we should focus on the essentials, which creates new jobs and further deepens the internal market.

During the electoral campaign we have to tell the euro skeptics, without Europe a lot more people would be unemployed. Europe is a blessing for the people!

In your opinion, what are the topics that will be of great interest for the citizens in the next EU elections?

Certainly everything that creates jobs. We need to develop Europe’s industrial base.

For example, in Germany, 25% of GDP is generated by the industry. If we take the industry-related businesses and services to it, we are talking about one third.

In the UK that is only 9%. Regaining industry in the countries that have reduced their industrial output, will benefit everyone.

Looking at Germany, “the world champion of export”, you need to understand that 2/3 of German exports are for the European market. Therefore, if we strengthen Europe’s industrial base, we help everyone: not just German exports but also job creation in the other Member States.

Since UNITEE represents entrepreneurs with a migrant background, we have a particular interest in how you see the role of “New Europeans”. Do you think civil society organizations, like UNITEE, are important in order to change existing prejudices?

Yes, of course. I can only say thank you for what you do.

Due to the demographic development in Germany, we depend more and more on the commitment of our fellow citizens with a migrant background.

If we want to maintain our prosperity in the future, Germany and Europe need people who are willing to implement their business ideas, no matter what country they are originally from.

However, I would like to underscore that it is important to follow our laws. There is a saying: “When in Rome, do as the Romans.” That does not mean they should assimilate, but it means they need to open up and stop creating and living in parallel societies.

It is also crucial to learn the language, not just in in order to communicate with others, but in order to successfully run a business. Therefore, we welcome all who are ready to engage in society.

Share the post "“If Every SME Could Create Just One New Job, the Unemployment Problem Would be Solved.” Interview with Jürgen Creutzmann, German MEP"