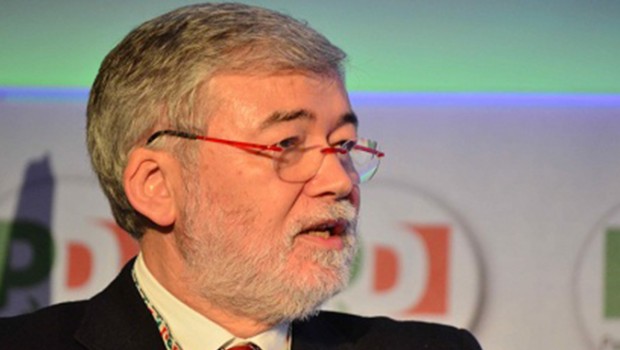 Published on May 15th, 2014 | by Giovanni COLLOT | Credit: Sergio Cofferati

Sergio Cofferati is an Italian MEP for the S&D Group and Vice-President of the Committee on Internal Market and Consumers Rights. Before, he was the leader of CGIL for eight years (1994-2002), the main Trade Union in Italy, and Mayor of the city of Bologna for a mandate (2004-2009). UNITEE met him in order to talk about European social issues and the need for a new European project.

Why did you decide to enter politics? Do you think that your previous experiences as Unionist and Mayor have given you an advantage in your job as an MEP?

When I left Bologna, I did not mean to run for the European elections. I wanted to spend some time with my family.

Nevertheless, when my party called me, I accepted and was elected. It has been, so far, a very interesting experience.

Undoubtedly, the things I had done before, both socially as a unionist, and as an administrator during five years as Mayor, have been very useful and are part of my training. I have been able to apply them here because the issues I deal with in Europe are very close to the ones I encountered before.

On January the 30th, the European Parliament approved the Report on the Single Market Governance of which you, as Vice-President of the IMCO Committee, have been rapporteur. Can you tell us, in a few words, what this document consists of and which effects it will have?

We tried to give an organic profile to the issues concerning the internal market. It is an area of huge interest for economic growth and for the uniformity of rights of individual living in Europe.

The report sets the good functioning of the internal market as a third priority objective in the EU’s economic action, together with macroeconomic policies and social work.

Indeed, a harmonic and regulated internal market is a strong tool to foster growth in single countries and in the whole European economy, in general. Real economy comes from the quality of goods and services produced in Europe, and it is very important that this aspect gets connected to broader vision.

The crisis has revealed some weaknesses of the European economy. How can Europe meet the challenges of a globalised world without losing its founding principles?

The crisis we have been through is the longest one of the last 50 years, and it has introduced unprecedented contracts, eroding rights. The absolute priority now is to reverse this negative tendency.

Conservative governments have imposed in Europe the politics of austerity, with the conviction that this could restart the market and the economy. This has not been the case, but it was not difficult to foresee.

Anyway, sadly, things have gone this way. Now we have to change course, since the European economy has to start growing again. To do that, we need Keynesian policies, such as big public investments fostering private initiatives. Secondly, we have to work on a model to compete on the global market, based on knowledge and focused on the quality of marketed products.

I believe that, only in this way, will the trend be reversed.

More specifically, one of the most serious problems in the EU today is youth unemployment, now at 22.6%. Which solutions do you advocate for?

The crisis has led to worrying increases in unemployment and poverty. Young people are the subjects hit the hardest, because they enter the job market and cannot find a position.

The EU has, therefore, introduced “Youth Guarantee”, temporarily helping the unemployed. I believe that what Europe has to do for youth is, on the one side, take the path towards growth and, on the other, strengthen the tools for knowledge in schools.

Only through knowledge it is possible to compete on the job market and not be subjected to its ups and downs. It is fundamental for Europe to focus on these aspects, because they are very important for the future of the Union.

The next European elections approach, but distrust towards Europe has never been so strong. What has gone wrong with the European project?

Obviously, the economic crisis has had very negative consequences because, when people see their life conditions get worse, they look for a scapegoat.

National political forces’ policies and behaviours have been questionable, since they have constantly shifted the blame on Europe, while, in truth, the fault lies on bad policies of individual Member States.

Nevertheless, crisis is just one of two reasons: the second one is that the process for the constitution of a political Europe, having the main focus on citizens, has been suspended.

The European dream must be recovered, by re-launching the project of “the United States of Europe”. I even believe in drafting a new Treaty, moving even more competences and responsibilities from Member States towards communitarian institutions.

Only through a rediscovery of the Founding Fathers’ aspirations it will be possible to give a successful response to such exasperated nationalistic tensions.

Therefore, in the next years, Europe has to work on two levels: an immediate economic action responding to people’s needs and, on the longer term, a high-profile institutional project.

European Federalism: Can it be a realistic priority for the next European Parliament?

Personally, I consider it as a priority. And I think this is a battle that has to be fought by Progressive forces.

Then, of course, the outcomes of such political fights can be seen only at the end. But to stand still would be absurd and counterproductive. Not only because we believe in this project, but also because today’s challenges can be better met if, together with the attention to people’s material conditions, we make Europe appealing again by holding firm to our values.

Share the post "“Knowledge is the only way for Europe to compete in the global market.” – Interview with MEP Sergio Cofferati"

S&D
Group of the Progressive Alliance of Socialists and Democrats in the European Parliament
Austerity
Governments spend less in order to reduce budget deficits.
New European (Parliamentary calendar)
The annual calendar of the European Parliament, where you can find all the voting sessions and various meetings the Members of the European Parliament must attend. Click here to have a look at the 2013 calendar.
New European (New Europeans)
People with a migrant background, who live and work in a European country and, in most cases, do not intend to go back to their country of origin. Their future is, rather, in Europe
MEP
Member of the European Parliament. The MEPs are your representatives at the EU level. They adopt EU legislations and the budget. You elect them for a period of 5 years. The next election is in May 2014.
Internal Market
The geographical area across the EU where you are free to live, work, study, do business or retire… Thanks to this single market, you can also enjoy, from home, a wide variety of goods and services coming from all over Europe.
UNITEE
UNITEE represents entrepreneurs and business professionals with a migrant background, most of them of Turkish descent, and whom we refer to as ‘New Europeans’. http://www.unitee.eu/