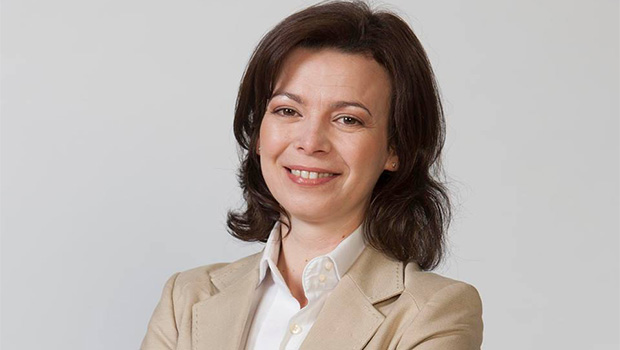 “I wanted to make things change and counterbalance the right-winged tendency that is still in charge in Portugal”. Here is how our interview with MEP Liliana Rodrigues (S&D) started. Elected in 2014, Rodrigues has a long-standing political background in Portugal, where she also teaches Philosophy at the University of Madeira. Strong advocate for Women’s Rights and Gender Equality, UNITEE interviewed her on her opinions and views on these matters.

Why did you decide to get into politics? What drove you?

I guess the reason I decided to become a Member of the European Parliament (MEP) was mainly because of the political crisis that was striking in Portugal: I decided to become more active and try my best to make things change. I have been working with the Portuguese socialist party (Partido Socialista) since 2011, but as an independent member.

I chose to become a member of the FEMM (Women’s Rights and Gender Equality) and REGI (Regions Development) Committees, mostly because of my own personal background. I have always been sensitive to Women’s cause: my parents were feminists. I was very young when I was first confronted to violence toward women, so I decided that if I came to Europe, I would want to join these committees. And I did.

My aim is to fight against domestic violence, but this is not the only one. I want to eradicate the questions of the pay gap and the underrepresentation of women. These matters are very dear to me because, even here (in the European Institutions), in a democracy and in public institutions, we have never had a woman President of one of the European Institutions. So, it is a lot of work and a lot of things to tackle.

Being a woman, do you think that it brings something to any job, is it an asset?

I think that the question is not being a woman or a man. It is a matter of competences. Unfortunately, there is a huge problem for, in most cases, enterprises and public or private institutions are run by men; and men nominate men. That is interesting… I think that when a woman is in a position of choosing/electing someone, she chooses them because they are competent, regardless of their gender. For men, I am not sure it is the case.

I think we have a deeply rooted cultural heritage that is very complicated to reverse. I think it is possible, though. It is a matter of education. We should see each other as human beings with capacities; specific competences and I think that it is not the case in Europe. Also, I do not believe in homogeneity: you do not see nor conceive of another point of view, and this weakens our will to make things change for the very reason that we are used to this situation. Change has to come from the people.

It seems that even in 2014 we are very little inclined to see women at top positions. Do you think that we could put an end to this stereotypical view of women being less capable than men?

That is a myth of course! If you look for a woman like Margaret Thatcher, you clearly see that it is not true! Seeing women as weaker than men is nowhere near common sense. And worse: some people have used science to justify that position. Of course we know that women have different cognitive competences than men. It does not make them better or worse than men, we are different. It is not just a matter of physiological differences, we should not limit ourselves to that. Gender differences are mostly social and cultural.

However I strongly believe that we ought to put an end to stereotypical education. Society should not limit their education nor suggest that all women should learn history or languages narrowing down their opportunities. It appals me that sometimes women accept it. We also need to avoid education based on gender: we should not think that it is normal to give a girl a doll and a boy a car. Change that! What I am saying is that the main problem is our strong cultural heritage and our views on what common sense should be.

What you think about the implementation of quotas to shatter the Glass Ceiling? Do you think it is a good thing?

I shall answer by giving you the example of Portugal. I think that what we did there was very good. We passed a law, that is not definitive, but rather a transitional law that will end in 2016. It states that for every three candidates, one must be a woman. It is a way to educate people and politicians.

I am not sure whether I approve of quotas, but I understand that some actions must be taken and that in some cases they are useful and needed. I believe that in the worst possibilities, quotas could and should be implemented.

There are a lot of things that could be done instead of implementing quotas, but I think that the financial support/benefits and a transparent and clear evaluation are the best and most efficient things we could do.

Now, regarding the European Commission’s Women on Board’s group’s demand to have, by 2020, 40% of women at top positions, I think that if this happens, of course it will be a victory for us, but I do not think that it will actually be the case by 2020. The most striking example we have is Juncker’s team, with only a third of women on board. That is not parity.

We often say that women are more educated than men and yet have less jobs, less importance and are less paid than men. How can we tackle this?

We should also denounce the lack of transparency. If a woman and a man with equal competences apply for the same job, it should be clearly stated why one of them (regardless of their gender) has not been chosen. Criteria should be very clear and justified. Same competence and same experience? Same wage. It is as simple as that.

I remember when I became an MEP, somebody called my office and said « can I speak to Mr Rodrigues », for they had not even thought that I could be a woman MEP. We could avoid this kind of thing if we had a genuinely human society, but unfortunately, we do not. I see this as a cultural and educational problem. If we really want to have equality, we must teach it, raise awareness from small age. Families also play a crucial role. We must make sure that parents are well informed and give a fair education to their children.

Although much progress was made, much more needs to be done. There is a great need to challenge cultural barriers and the stereotyping of women’s role in society, business and the public sector. But let us not lose faith; this task is not easy, yet not impossible.

Glass ceiling
The invisible barrier that keeps minorities and women from rising to the upper steps of the corporate ladder, in spite of their qualifications or achievements.
S&D
Group of the Progressive Alliance of Socialists and Democrats in the European Parliament
Committees (Proportional Representation)
A voting system. The number of seats that a political party receive is proportional to the number of votes that the party receives in a given geographic area (circumscription).
Committees (Plenary Session)
When the Members of the European Parliament (MEPs) vote on legislation and adopt positions on political issues. Plenary sessions take place 12 times per year in Strasbourg. Here you can learn more about the past and upcoming sessions.
Committees (Parliamentary Committees)
The European Parliament has 20 permanent Committees, where MEPs do most of the preparatory work for the voting sessions. The Committees cover a wide range of issues such as economic affairs, fisheries or gender equality.
MEP
Member of the European Parliament. The MEPs are your representatives at the EU level. They adopt EU legislations and the budget. You elect them for a period of 5 years. The next election is in May 2014.
UNITEE
UNITEE represents entrepreneurs and business professionals with a migrant background, most of them of Turkish descent, and whom we refer to as ‘New Europeans’. http://www.unitee.eu/