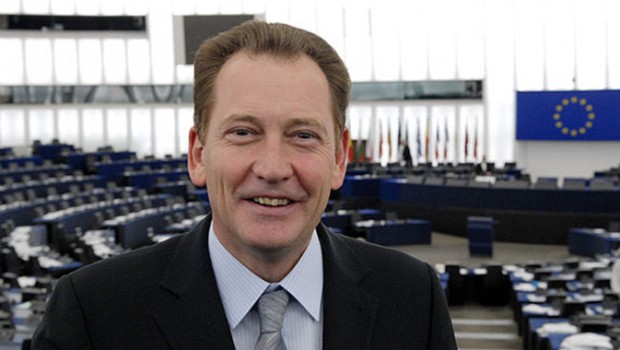 Sir Graham Watson, a Member of the European Parliament from the United-Kingdom (UK), has served in the European Parliament since 1994. A former banker, with a great interest in the Far East, he was knighted in 2011, for his political and public service. Sir Watson shares with UNITEE his views on Euroscepticism, green growth and corporate social responsibility.

I would like to start by addressing a stereotype – if it is only one – brought forth by national media: is the United Kingdom a Eurosceptic country?  And is it an exaggeration to say that the majority of British citizens worry more about the “continentals regulating the size of bananas”, than about broader topics?

The UK’s national media is predominantly owned by those who would like to force the UK out of the EU. It often focuses more on Euromyths – like that about the shape of bananas – than on issues of substance. The debate is worryingly one-sided. However, the British public is, for the most part, not anti-EU. Most opinion polls suggest that a majority would vote for staying in the EU.

Do you consider the topic of green growth to be a strong talking point within the national debate, or is it perhaps being overshadowed by financial conundrums? How about at European level, especially in the context of the 2014 European elections?

I fear that the green agenda has been overtaken by immediate concerns about the financial crisis. However, the point about green growth – and the transition to a low-carbon economy that will sustain us into the future – is very important and needs to be made again and again. Making the green energy switch is a key tool to overcoming recession and become competitive on the global stage. In the UK, this has been understood by the Liberal Democrat side of the Coalition Government, which has succeeded in introducing programmes such as the Green Investment Bank and the Green New Deal. Similarly, at the European level, the energy component of the new transport agenda, “Connecting Europe Facility”, could play a role. However, more is needed on both fronts.

At European level, can you foresee that the debate on this issue will develop into further concrete actions, or do you expect it to remain stuck at debate level?

I suspect that because of the European Parliament elections in May 2014, and the European Commission, which will be appointed soon after, the debate will probably be stuck where it is until summer 2014 and we will see action thereafter. However, I do not exclude that national governments will start to retreat from their green commitments in favour of the development of shale gas.

What challenges would you say we face, as Europeans, in implementing green policies?

We face the challenge of coordinating 27 different green policies, which can sometimes lead to perverse outcomes, like putting solar panels on roofs in northern Germany, rather than southern Spain. We face the challenge of carbon leakage, and of our CO2 intensive industries slipping away across our borders, which means less emissions here but more elsewhere, defeating the point entirely.  And we face the challenges of the economic downturn, which has pushed climate and energy down on the policy agenda.

In times of economic crisis, what concrete actions could you suggest in order to compromise between the concepts of sustainability and of economic growth?

Create a European energy market and a European supergrid: it will create jobs here in Europe, bring energy prices down and allow us to switch to a stable supply of green energy, balancing out variability in renewables across the continent.

Would you consider Corporate Social Responsibility (CSR), meaning here mostly the ecological aspects, such as energy efficiency or green innovation, as a viable economic strategy?

CSR and green innovation are crucial parts of the transition to a sustainable economy, and can often be a good business strategy. However, some government intervention will probably also be necessary.

On that matter, do you feel that Corporate Social Responsibility should be somehow translated into a compulsory set of rules to safeguard the environment?

No, because then it would not be Corporate Social Responsibility. CSR is by definition a voluntary thing, above and beyond the minimum environmental standards.

If we consider that young generations are aware and educated on most environmental issues, how do you think we could involve them in the promotion of said issues?

I believe there is more we can do to educate young people about environmental issues – too many just shrug and carry on. And I believe the best way to get involved is always through politics – once they care about an issue, they can get involved by getting other people who care about that issue elected – or even standing for election themselves!

MEP
Member of the European Parliament. The MEPs are your representatives at the EU level. They adopt EU legislations and the budget. You elect them for a period of 5 years. The next election is in May 2014.
UNITEE
UNITEE represents entrepreneurs and business professionals with a migrant background, most of them of Turkish descent, and whom we refer to as ‘New Europeans’. http://www.unitee.eu/