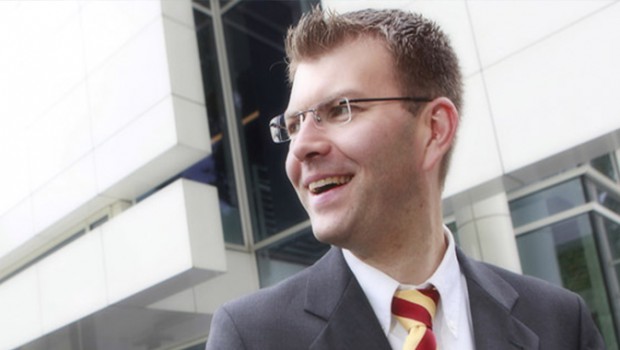 Daniel Caspary is a German politician, and member of the bureau of the EPP political group. Being a Member of the European Parliament since 2004, he is a specialist in international trade.

For me, politics used to be nothing more than a spare time activity. I did it next to my studies and my normal job. However, at one point, I got the opportunity to become a Member of the European Parliament, and was elected. The European level is so interesting because Europe is our common future, and it is a guidepost in so many areas. I wanted to be part of this, part of the future. My grandma is from the Czech Republic. She experienced the war. I am part of the second generation that can live in a peaceful Europe. To make sure that Europe can go on in peace and freedom is my top priority! I also believe in international trade. I believe trade can bring welfare and prosperity. That is why I want to ensure Europe has a trade policy that brings growth and welfare not only to the people in Europe but to every country on the globe.

Many SMEs, for example in my constituency in southern Germany, engage in the transatlantic market and they profit from easier US market access. Maybe we can deliver joint or comparative standards in the EU and the US within the next decade. When trade becomes easier, life becomes easier for SMEs. Compared to big companies that can hire many lawyers to check all the international legislation, SMEs rely on easy economic relations. That is the biggest advantage for SMEs. Some might say competition will become stronger and see this as a disadvantage, but believing in SMEs and in competition, I think the positive aspects of the TTIP are the overwhelming majority.

The issues that are important for the people in our 28 member states are very different. Taking Germany for instance, we will deal with different issues, also in the European elections, than a country like Romania or Bulgaria, where corruption is a big issue. Therefore, we need to do a decentralised campaign. That is what the EPP stands for. But of course there is also the joint approach, linked to the question of how Europe should develop in the future. More and more citizens are sceptical about Europe, and wonder what they need Europe for. We have to focus on improving Europe and we have to show them that we understand that not everything has to be dealt with at the European level. Instead, we have to build a Europe that can deliver jobs, growth and welfare to its people. Solving the issue of too much national debt in the member states and the eurocrisis is the right direction. We implemented measures that work. That is why we should go on like this and not change our policies and destroy the euro, like some populist parties want to.

Euro scepticism and anti-immigration parties are rising. We have seen this trend in multiple countries in Europe. Joseph Daul‘s position, as chairman of the EPP, is: “Stand your ground and do not give into the far right”. What do you think?

The European Union with its 28 member states manages to bring together different cultures and people from various backgrounds. That alone is a great success. Entrepreneurs from other countries should also find their place in Europe. Through integration, they can contribute to our society and deliver more jobs and growth. What Mr Daul says is absolutely correct. We have to show leadership in this crisis. If we show positive leadership and say: “We want to go in this direction, trust us, follow us!”, I am sure people will, and contest the populist parties. Populist parties seem to have good arguments at first, but if you double check, there is nothing much behind it.

In a democracy, we live through participation, participation in our economic or cultural life, in civil societies and clubs. So please be engaged, wherever you come from. There are so many success stories of entrepreneurs with a migrant background. It is very important for people to have role models. Organisations like UNITEE should show to the people that with a migrant background, you can succeed in life and have a bright future in Europe. (read a New European success story)

The EU, having created its internal market some 20 years ago, is a success story for international trade. Today, our SMEs know about European legislation, and the free movement of goods. When we talk about countries outside the European Union, like Turkey, we try to deliver market access help via a good homepage of the European Commission. It can help you to find out what business opportunities exist in which country, what rules you have to follow and how to find contacts.