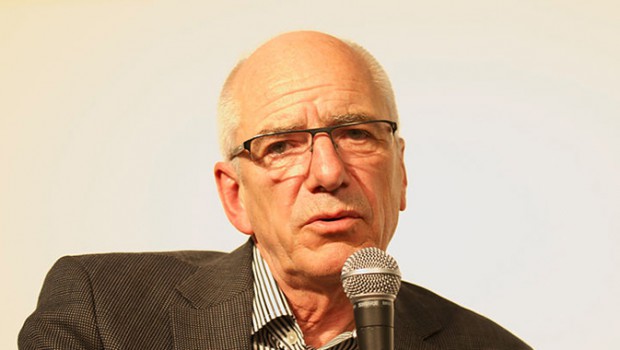 Olle Ludvigsson is a Swedish MEP member of the Group of the Progressive Alliance of Socialists and Democrats in Europe. As member of the Committee on Employment and Social Affairs, he speaks to SWETURK, member association of UNITEE, about youth unemployment and his views on the EU Elections in May 2014.

Why did you become a MEP and what was your motivation to enter politics?

With my background as a trade unionist in the industry, I know how affected we are from what is happening in the rest of Europe.

Decisions from Brussels will affect our labour market, our competitiveness, environment and economy. Therefore, it is important, to me, to be a part of the process and work for an EU working to create good jobs, sustainable growth and aiming to be a strong global partner for issues like climate change.

What do you think will be important to European citizens in the upcoming elections? How about Swedish citizens?

Europe has been going through a severe crisis and we need to invest in the future to solve unemployment and strengthen European competitiveness. If we try to compete by lowering wages and cutting spending on education, research and other key areas we will undermine demand and growth.

I believe the most important issue both in Sweden and Europe will be job-creation and how we can lower unemployment, in particular amongst the youth.

What is your political group’s response to the opinion of the Swedish citizens regarding the EU elections?

Both Sweden and Europe are diverse in political opinions but, on most issues, our political group is close to the opinions of the Swedish Social Democrats.

Euro scepticism is rising, the elections will give the public an opportunity to decide the direction for Europe. What do you personally think is the way forward; is it more or less European integration?

It is difficult to say. Increased economic integration without developing a social side of the EU would risk creating more unbalance and losing even more support from citizens. The citizens need to feel that the EU brings them something of value and that the European project is not only about banks and bailouts.

To what extent do you expect the topic of immigration to influence debates during the next European elections?

Unfortunately, we see the xenophobic far right gaining more and more support in Europe, and immigrants are blamed for the effects of the crisis.

In Sweden, we see Sverigedemokraterna polling high in branches like transport and construction because of unfair competition.

Those problems are related to loopholes in labour market rules and companies bending the same rules but unfairly blaming fall, far too often, on the foreign workers, who are the ones being exploited.

Most far right parties have no other policies to discuss than immigration, so they will try to put the focus of the elections on that discussion and use scare tactics. We should not let them get away with that, it is the responsibility of every democratic party to stand firm against xenophobia, but we should also not play games that benefit them.

We should discuss job creation and how to get Europe out of the crisis, not make the election a poll on if we should close borders or not.

How do you think our members can be more involved and active in the life of their country of residence? What tools and methods do you assess as necessary to further the integration of New Europeans?

This completely depends on the person. For someone who just arrived, I believe that learning the language and to get a job are the two most important tools for integration.

For someone well established, I would say participation in civil society, organisations and political life would be ways for further involvement.

Immigration and a New European workforce can have a considerably positive effect on the performance of businesses. Do you think Europe is fully using these potentials?

I believe strong rules for equal treatment is core for ensuring that we do not get a labour market with an A and a B team.

Anyone working in Sweden should be covered by insurance, get paid a salary in accordance to collective agreements, have a good working environment and have a secure employment situation.

We will also have to continue working on issues like how qualifications and educations are accepted cross border to facilitate movement.

The EU legislative process is complex, and the EU is often presented as an exterior threat whenever there is a problem, even if we have been Members for quite some time.

There are few headlines about the EU when it is working as it should. Therefore, a lot of people in Sweden are sceptic or even still stuck discussing if we should be members or not, when we should discuss what kind of EU we want. You do not have to like the EU to go vote.

Just like the national elections, it is an election about what values should be the foundation for future policy, not a knowledge test about process or institutions. After all these years as Members, I think we are starting to realize that, and I hope that 2014 will be the year when we significantly raised participation in the elections.