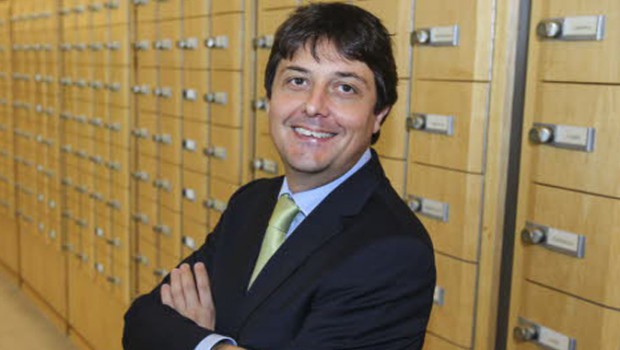 He was politically active from a very early age, which was encouraged by his family, as Salvador Sedo’s father was also a politician.

UNITEE had the opportunity to talk to him about entrepreneurship, SMEs and the EU’s future.

The Mediterranean receives some of the heaviest commercial traffic in the world. However, Spanish ports are still not connected by a European-gauge railway. On Tuesday 19th November the Parliament’s Plenary finally approved the Mediterranean Corridor. Is it essential for Europe?

The Mediterranean Corridor is essential for Catalonia, for the Mediterranean region and for Spain as a whole. It represents 60% of Spanish exports and, at this moment, exports are Spain’s main engine of growth. The Corridor represents the connection with Europe and will enable Mediterranean ports to be a gateway for products from the Far East and Asia.

It represents the integration of Europe, from north to south. Apart from improving the logistics and competitiveness it will foster the unity and prosperity of the European economy.

What issues do you think will be central in the upcoming European elections?

To overcome the economic crisis, Europe should support SMEs and the already approved research programmes in the Horizon 2020 framework.

It will also be essential to advance towards an internal energy market, which, at the moment, is still being dealt with at a national level.

Europe is experiencing rising euro scepticism and populism. What can be done to reverse this trend?

There is a responsibility of the institutions in the different Member States at state, regional and local level. When we have to do budgetary cuts, we often tell people that it is because Brussels is forcing us to do so.

However, when an infrastructure or an activity that received European support gets inaugurated we don’t communicate that this is thanks to the European Union. The EU invests its budget in direct policies: 6% of the European budget goes to bureaucracy (2% to administration and 4% to multilingualism). The remaining 94% is money that comes back to the States, for example with the European Social Fund. We should raise awareness of the positive effects the EU has on everyone’s daily life.

The xenophobic populism coming from right-wing groups together with the populism of some left-wing groups that want to change everything, will not help to increase the participation in the upcoming European elections.

The European Parliament is the most important parliament in the EU. More than any other in the Member States. People should get involved and express which vision of Europe they want.

How can the European Parliament get closer to European citizens?

The MEPs have to increase the awareness of the importance of the European activities. In this Parliament much work gets done and this is not a cemetery of elephants as some say.  For their part, media should be aware of this and provide more European information, as well as offer debates on the local and state TVs showing what Europe really is.

What can be done to reactivate the European economy? Are SMEs an opportunity to do so? What is their added-value to the economy?

SMEs are the big group of European companies, not only in number but also in terms of job creation. They enable the speeding up of the decision making process and are more dynamic and adaptable in times of both crisis and growth.

The main barrier of SMEs is the access to finance. We should guarantee financial access to entrepreneurial projects and new investments but also to their day-to-day activities. There are more than 25 million SMEs and therefore it is very important to support them in the internationalisation process, the access of finance and research and innovation.

Providing support to SMEs we are guaranteeing that Europe can go in the direction of growth, with less bureaucracy, less norms, less regulation and more access to finance so that companies can invest. If there is investment there will be growth. If there is growth there will be jobs and we will be able to solve the big problem of Europe: 25 million of unemployed people.

Which is the situation of the SMEs in Catalonia?

We are preparing a book of conversations. I have been talking with the industrial, entrepreneurial, institutional and academic sectors so as to make an analysis of the state of the Catalan industry. It is doing well and has a good base despite the crisis. The Catalan economy is a very open one, both by tradition and due to the agility of its SMEs to go abroad. If we solve the financing problem we have an important industrial base able to generate a new wave of growth.

What can schools and universities do to promote young entrepreneurship?

Young people should grow up feeling the need of doing something for themselves. We should provide them with the tools so that they feel eager to learn and innovate, and they lose the fear of failing. By giving these tools and teaching the values of compromise and the culture of effort we are creating the base that will lead young people, after some years, to create entrepreneurial activities that will generate wealth for the society.

Your message to young entrepreneurs

Go for it without fearing failure. No matter how many times you fail. At the end you will succeed. Travel and look for international experiences. Don’t fear going abroad and share ideas with other entrepreneurs. You will have the opportunity to look for synergies and sum efforts. The society needs young successful entrepreneurs.