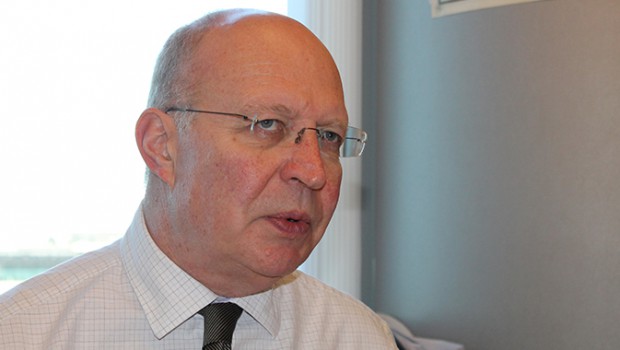 You are the first vice-president of the Joint Parliamentary delegation to Turkey. What do you think of the current state of EU-Turkey relations? Do you think that the “democratic reforms” recently proposed by Erdogan’s government will change some of the negative European perspectives towards Ankara and re-spark the relationship?

Up to a point yes. But clearly, the democratisation package does not go far enough to put the accession process back on track. Mr Erdogan and the AKP government have given up on accession. I begin to question if their commitment was ever serious, but it certainly is not now.

After we have a new EU parliament and Commission in place next year, there will be an opportunity to completely recalibrate the relationship.

Do you think Turkey’s relevance for the EU will increase in the coming years, and why?

Yes, no doubt. But rather in a form of associate membership, the type of relationship Turkey and Europe actually want. The design of it is, of course, very sensitive and controversial.

The effort to assimilate the acquisin Turkey is important and has to go on. It is intrinsically important that it happens, but it should not be seen as directly associated with its own membership.

The interesting thing is that the AKP still looks strong in the opinion polls, but that is because the opposition is so weak, the opposition parties are not serious.

However, the AKP is losing the trust and confidence of an awful lot of those that voted for it, who were obliged to vote for it, because there is no one else to vote for.

The early optimism, that the AKP would transform and modernise, has gone. And I don’t think it will come back, not under Mr Erdogan and his close colleagues.

Could you elaborate why Turkey is so important to Europe please?

Obviously it’s important for Europe, it’s a big place. It’s important that we have a good understanding, effective relations and a closer partnership with it.

However, we have to understand how Turkey is different. For instance, we can’t treat it like an ordinary NATO member, when its military is in prison for alleged or real conspiracies against the state.

Mr Erdogan’s campaign on Syria seems to be more driven by Sunnite Islamist policy, as opposed to a more balanced Western attempt to tackle this tremendously difficult problem.

I mean, Turkey and the West have different strategic goals in the Middle East. The West wants peace, calm and respect for fundamental rights, but Turkey has a more intense agenda, which, I am not certain, is served by western diplomacy.

There are important distinctions, differences, between Turkey and Europe, which have to be managed.

According to the latest Transatlantic Trends Survey, both Turkish and European public support for Turkish accession to the EU has decreased. Is the financial crisis a reason for these mutual feelings, or are there further underlying causes?

I think that the financial crisis is obviously a factor. The instability of Europe makes it a pretty strange place to want to join, so one cannot be surprised about the decline in public support.

But there has also been a growing appreciation over the years. A sort of sobering up in Turkey, concerning what is implied by membership, in terms of pooling of sovereignty and in terms of adaption of Turkey’s very conservative society to western norms.

Despite the fact that the percentages declined, the quality of appreciation of the comprehension of what the EU is, has improved. So I do not see this as such a bad thing.

Simultaneously, today many Europeans do not want Turkey to join the EU.

I don’t think they ever did.

Do you think there is a relation to the rise of Euro scepticism and the far right movement?

It isn’t just that. There is the fear of immigration and of Islam. These things we understand and there are obvious causes of this.

The previous expression of public opinion has not been very serious. As you get close to the crunch people say: “Wow, is this really going to happen?” And they decided: no it’s not going to happen.

Germany and France are not going to permit Turkey to become a full member state, that is clear, and we should be honest about that.

The BRICS want Turkey in, because they want to enfeeble the EU. They want to weaken the EU.

Do you think Turkey becoming a full member will weaken the EU?

Oh yes! I mean we are already feeble as it is. If we are going to salvage the Euro into providing democratic government of a more integrated EU, certainly in fiscal terms, that demands an awful lot of the member states.

The pressure on the present state of the EU is intense, we are going through a period of extraordinary dramatic change.

We change the size of the EU, the quality of integration, the strength of governance, the demands on membership, and here I am not just speaking of state membership, but the demands on the citizen taxpayer to have to share the burden across the frontiers of the EU: Germans paying for Greeks; to ask all of that, of the present member states is improbable, but it has to happen.

To extend such a catalogue to Turkey is completely unrealistic. I would much prefer us to be honest about this.

We will not agree on full membership, so let’s try craft something else that will work!

Share the post "“There are Important Distinctions, Differences, Between Turkey and Europe, Which Have to be Managed.” Andrew Duff, British MEP"

Fiscal
A term referring to the use of government’s spending and taxation to influence the economy.
MEP
Member of the European Parliament. The MEPs are your representatives at the EU level. They adopt EU legislations and the budget. You elect them for a period of 5 years. The next election is in May 2014.