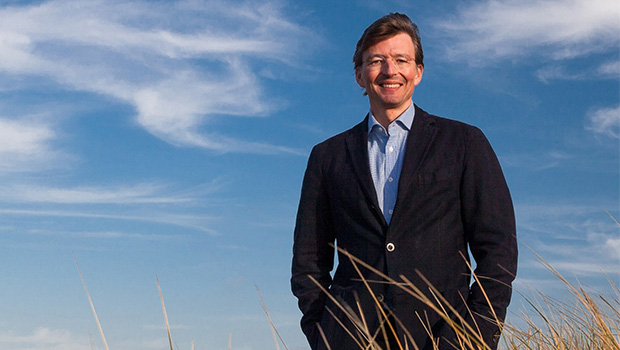 Climate change and sustainability are no Dutch to Mr Gerben-Jan Gerbrandy, a Member of the European Parliament (ALDE). This believer of Europe talked with UNITEE about a European climate and energy policy and how sustainable entrepreneurship is the way forward for future businesses.

What inspired you to get into European politics?

I wanted to become part of the European Parliament to try to build a stronger and more prosperous Europe. The main challenges that we are facing in Europe can only be dealt with at the European level. Therefore, I believe that European politics has become much more important than national politics.

How do you explain the gap between EU citizens and the EU institutions?

The basic problem is that citizens hardly know what Europe is doing. It is not taught in schools. You have national politicians who try to claim success in Europe to be their own and every failure in Europe is always the fault of Brussels. We are in a fundamental crisis in the European Union at the moment. That is reflected in people’s attitudes towards Europe.

What could be done to close this gap?

We need to be braver than Member States, not crying with the wolves about everything that goes wrong, but defend what we have built up in Europe, which is unique.

National politicians should also be much more courageous in defending what we have built and that we need to continue building.

We also need to acknowledge that the national level is pulled by international and local governance.

Is the European dream still alive?

If you talk to people from outside Europe, they look at us with jealousy because they see what we have accomplished and that it has been an incredible success. They see Europe as the wealthiest place on Earth. They see the place where 500 million people live in incredible prosperity with an incredible level of justice, of rule of law, of democracy, of freedom of media.

We are more focused on legal differences between ourselves instead of looking at the bigger picture. The European Dream is alive, but it needs oxygen to continue staying alive.

Do you think there is still a democratic deficit in the EU?

Mr Miguel Arias Cañete is the new Commissioner for both Climate Action and Energy Policy. Will fighting climate change remain a top priority for the EU under this new Commission?

Absolutely. I am completely convinced that Mr Cañete is committed. He still has to prove that he is the fighter that we need for a strong climate policy in the world, but he is also well-equipped with experience in order to be a strong negotiator on behalf of the European Union. He is also depending on the position Europe is taking as a whole.

At this moment, it is more a matter of hope than proof that Cañete would fight for a stronger European position. Let us give him the benefit of the doubt.

I must say that Juncker and the new Commission’s position on energy efficiency and renewable energy is much stronger than what the Heads of State have presented to the European Parliament a month ago.

With impending energy sanctions from Russia, Europe has to find alternative energy sources. Is hydraulic fracking a way out from a possible energy crisis?

No, for geological reasons, for having a highly populated continent, for the importance of ground water in many regions of Europe, for political reasons, and for the reason that the European public simply does not want it.

You have to invest so much money in it in order to have it done. It is much smarter to invest that money into renewable energy because, in the end, this is the only solution. Shale gas and oil are only temporary solutions for energy demand and consumption.

We have three problems with energy in Europe: it is too expensive, it is too dirty and we are too dependent. And all three have the same solution: it is renewables and energy efficiency.

How can entrepreneurs remain competitive and at the same time have a sustainable business amid the remnants of the economic crisis?

Tomorrow’s businesses are either sustainable or seize to exist. Not being sustainable will become much more expensive in the future because of the scarcity of resources.

Investing in clean technology will pay off. What I hope is that we will spend a sufficient amount of money in the development of clean technology in Europe to avoid us from buying our clean tech in the future from countries like China, the US, Brazil, or India, which is happening at the moment.

We are using more than what the planet is able to produce for us every year. That is not going to last. Business as usual is no way forward. My message to businesses is: invest smartly on clean technology and be one of the frontrunners together with others. They should adopt new business strategies where they make money and become cleaner at the same time.

ALDE
Group of the Alliance of Liberals and Democrats for Europe
MEP
Member of the European Parliament. The MEPs are your representatives at the EU level. They adopt EU legislations and the budget. You elect them for a period of 5 years. The next election is in May 2014.
Entrepreneurship (Entrepreneur)
A person who operates a business and takes on many risks to do so. Entrepreneurs are also innovators, coming up with new ideas and interesting solutions. New companies create more than 4 million new jobs in Europe every year.
UNITEE
UNITEE represents entrepreneurs and business professionals with a migrant background, most of them of Turkish descent, and whom we refer to as ‘New Europeans’. http://www.unitee.eu/