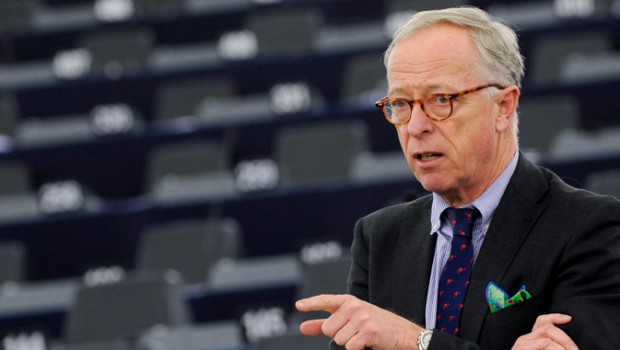 Gunnar Hökmark is a Swedish MEP from the European People’s Party and a member of the Committee on Economic and Monetary Affairs. In an interview with UNITEE, he sheds light on the upcoming European elections, the importance of SMEs and migrant entrepreneurship, and EU-Turkey relations.

What issues do you think will be most important for the European population during the 2014 elections, and which issues will be your priorities during the campaign?

Ensuring that we move out of the economic crisis and ensuring that entrepreneurship and investments get going as this will create new jobs. There is an important choice of whether or not we should continue the policies that led us into the crisis, such as high spending, high taxes and high deficits. Many social democratic parties across Europe and Socialists in the European Parliament still believe in this policy. However, such an approach would further undermine our welfare and growth opportunities.

In countries where reforms have been implemented and budgets have been aligned according to what they can afford, we see that their economies are on their way out of the crisis. I would like to see a reform of the internal market and make it easier for businesses by reducing regulations, red tape and bureaucracy.

What role do you think SMEs play in the European economy and especially in recovering from the economic crisis?

SMEs account for an absolute majority of employment in Europe. The more SMEs can invest and grow, the more opportunities we have to fight unemployment and create growth. A simple calculation is that if every small business employed one more person, we would eliminate almost all unemployment. In addition, SMEs often turn into big companies. Many big companies that nowadays stand for technological development started out as SMEs.

What do you think can be done at the European level to help SMEs, for example to internationalise? Do you think that New Europeans can play an important role in this?

New Europeans can play a huge role. Knowledge of languages and cultures can open doors to Europe’s neighbouring markets, which are important to the vast majority of European companies. They are often very strong emerging economies. Turkey, for example, is already one of Europe’s largest economies and about to become even bigger and more important.

You are also involved in issues related to EU enlargement and neighbourhood policies. How do you see the EU-Turkey relationship when it comes to expansion and possible future EU membership of Turkey?

It is important that we see Turkey, in a long-term perspective, as a future member of the European Union, whereas entrepreneurs in Europe should see Turkey as a market for the future. This is important for both the development of Turkey and current European developments.

We need joint decisions in common areas, in which we have a shared responsibility and the consequences affect member states equally. The single market is an example of such an area. We can do a lot when it comes to raising the level of European research through joint efforts or in environmental policy.

Some issues, however, are perhaps more consistent with different traditions and therefore better dealt with locally. The treaties say that the EU has not and will not have the right to decide on all matters; only in those areas in which the member states have transferred their powers to the EU.

Are there any specific changes you would like to see after the European elections in May?

It would be great if we saw a common telecom market. It falls within the EU mandate, but it requires many changes of various kinds.

Criticism of the EU and anti-immigration rhetoric is increasing in Europe today. Regarding the upcoming elections, how do you think the EU could better communicate the positive aspects of European integration and migration to Europe?

There is no clear-cut communication. It is a project based on different political orientations. Some want more regulation, others less. The real issue is therefore to decide what kind of politics we should have in the EU and this debate should resemble the ones we have in every member state.

After all, the political views are the same. Socialists, for instance, want to regulate more as they have a different idea of the limitations and boundaries of politics. They often think that if they have the political power, then they should use it to decide over people’s everyday lives.

I think one should draw a clear line between what politicians should decide and what the people themselves should be able to decide. This also influences my view on how the EU should work. I am against the socialist policies in Sweden and I oppose them at the European level for the same reasons.

What role do you think organisations such as UNITEE can play with respect to entrepreneurship and changing attitudes towards migration?

A very important thing is to highlight the importance of enterprises founded by migrants. Not enough people are aware of the boost that is being given to our economies by people moving from one place to another and bringing different experiences, traditions, and abilities to innovate.

Similarly, UNITEE can show the favourable conditions that entrepreneurs might enjoy and the opportunities they have to contribute to their communities. Your knowledge is very important.

Single Market
It enables EU citizens with “four freedoms”: free movement of people, goods, services and capital in all 28 Member States. (Similar to Internal Market)
Enlargement
After the fall of the Berlin Wall in 1989, enlargement was made a core EU priority. As of 2014, the EU is now composed of 28 Member States after seven successful rounds of enlargement. Five candidate countries have yet to become members: Iceland, Macedonia, Montenegro, Serbia and Turkey.
SMEs
The category of micro, small and medium-sized enterprises (SMEs) is made up of enterprises which employ fewer than 250 persons and which have an annual turnover not exceeding 50 million euro, and/or an annual balance sheet total not exceeding 43 million euro.
absolute majority (absolute majority voting)
An absolute majority in the European Parliament means a majority of the members who comprise Parliament. In its present configuration (with 751 MEPs), the threshold for an absolute majority is 376 votes.
New Europeans
People with a migrant background, who live and work in a European country and, in most cases, do not intend to go back to their country of origin. Their future is, rather, in Europe
MEP
Member of the European Parliament. The MEPs are your representatives at the EU level. They adopt EU legislations and the budget. You elect them for a period of 5 years. The next election is in May 2014.
Internal Market
The geographical area across the EU where you are free to live, work, study, do business or retire… Thanks to this single market, you can also enjoy, from home, a wide variety of goods and services coming from all over Europe.
Entrepreneurship (Entrepreneur)
A person who operates a business and takes on many risks to do so. Entrepreneurs are also innovators, coming up with new ideas and interesting solutions. New companies create more than 4 million new jobs in Europe every year.
UNITEE
UNITEE represents entrepreneurs and business professionals with a migrant background, most of them of Turkish descent, and whom we refer to as ‘New Europeans’. http://www.unitee.eu/