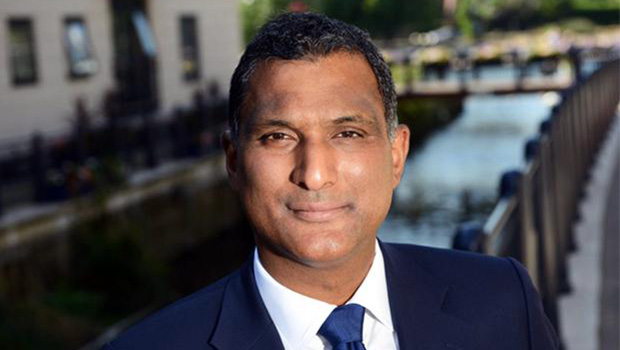 From businessman, university lecturer, to politician: British MEP Syed Kamall of the Conservatives got inspired to become a Member of the European Parliament because of his immigrant background and his goal to inspire future generations, that they can achieve anything they put their mind and heart into. UNITEE had the opportunity to interview him on migration and entrepreneurship in Europe.

Looking back, what motivated you to get into European politics?

I have been interested in politics for a long time because of my immigrant background. My father went to London in the 1950s where he worked on the railways and the buses. He always said to me “you could achieve anything you want to achieve if you believe in yourself and work hard”.

What was interesting was children my age who came from similar immigrant backgrounds as I am always made excuses as to why we could not do anything. They would always say that no one listens to us because we are immigrants. And my parents would tell me to not listen to them, that I can do anything I want to achieve. Then I thought about how I could actually give that same message to future generations.

There are two ways: either I could be a successful businessman, or get into politics. I see politics as a platform to hopefully help other people, to motivate them. I do a lot of speeches in schools and youth clubs and I also help and champion many projects in London that tackle social problems. I stood for Council twice, then the London Assembly, then the British Parliament. I eventually got elected as an MEP in 2005 and stand for the European Parliament ever since.

One of the biggest problems is that the political elite in Brussels goes further ahead with political integration than many people in the Member States realise. For example, in Britain since we joined in 1973 and had a referendum in 1975, people talk about a common market and trade. Whereas over here, people talk about a United States of Europe or a Federal Republic of Europe. There is a huge gap in what people in Britain are saying to me about Europe and what people here are saying. But it is not only Britain.

In Germany for example, the Euro is a hot topic. For the Euro to survive, we are going to have bigger monetary transfers from the richer countries to the poorer countries. German politicians know that in order to keep poorer countries in the Euro, they are going to have to pay more for them. They tell me “we know we have to pay”. But when I talk to my friends and my relatives living in Germany, they argue “why should we pay?” Therefore, politicians have not always been entirely open with their citizens about Europe and its implications.

The political elite in Brussels should make sure that they do not go further than the people want them to go and when we have referenda, to not ignore the results. In 2005, during my first year in the European Parliament, the French and Dutch people voted “No” to the European Constitution. How did the European politicians respond? They repackaged the Constitution as the Lisbon Treaty and decided there was no need for referenda. This is a classic example of the political elite out here, ignoring the will of the people.

In the UK and other EU countries, immigration is a hot issue being debated by politicians. What is your position regarding this issue? Is there a middle ground to this debate?

I am very proud to come from Britain, which is probably the most open and tolerant country in the EU. I meet many people from different EU countries, especially from migrant communities, and they would say that I am lucky to come from Britain, from London in particular. We are probably the most diverse city in the world. For centuries, we have always been welcoming and open to immigrants.

What is happening in Britain now is slightly different. There are a few things we have to realise. The first is the numbers, for two reasons. One is in terms of social cohesion. What is interesting for me on this whole debate about immigration now is that some of the people who have been complaining about freedom of movement since 2004 are previous generations of immigrants because when they came here, they came here to work. This is not always the case with new migrants.

Second is the pressure put on public services. For example, most estimates in Britain, particularly London, estimated a fall in population. And now we are suddenly struggling for more classrooms, more schools, shortage of doctors, shortage of hospital places, and shortage of many others. Therefore, we have to realise the sudden pressure a mass movement of people has.

When we look at Silicon Valley, it is a landmark for entrepreneurship and new technology. Who is creating that wealth? Many times it is immigrants. Many EU countries have not been as open to the idea. When we talk about European innovation, we talk about Europeans creating that innovation. What we should be is open to people who are the best in what they do from all over the world to come in and create that innovation.

Another thing is how do you help the very poor members in society that might be entrepreneurial? One of the things I am very excited about and currently working on is Kiva. It is a project where you can lend money to entrepreneurs around the world through crowd-funding. Many entrepreneurs out there do not need that much money, they just need a little bit to start. We have to encourage entrepreneurship at the grassroots level.

I would also like to see schools encourage children to start their own businesses as a project. We need to see more of that and more financial education. In addition, teaching entrepreneurship should be encouraged. I have seen some fascinating projects in schools where children are assigned with a project as a lesson to start their own businesses. When they leave school, some actually end up carrying on the business. You cannot just teach business, you have to do it.

I used to lecture MBA students and one of the first things I used to ask them was why they were taking an MBA. Some of them would say that they want to have a better job in a big company through an MBA qualification, while the others would really like to start their own business. I would always tell them that “you do not need an MBA to start your own business. You need CDA: a can-do attitude”. That is more important than an MBA or any qualification.

New European entrepreneurs are known for their entrepreneurial spirit and contribute to innovation and economic growth in Europe. What can be done to support NE entrepreneurs?

Successful entrepreneurs should look at schemes on how to help those less fortunate. In London, when I speak at financial business forums for entrepreneurs, I would always say, “all of us in this room have been lucky”. How do we share our good fortune with others?

Successful entrepreneurs should be looking at how they can support the next generation to come through and become successful as well. When I go to schools and youth clubs, I tell the children “if I can do it, so can you. If you want to, you can all be me”. Entrepreneurs have to do the same thing.

Entrepreneurs with a migrant background can help young people of the same background by giving them advice in starting their own business. Many young people of migrant origins have difficulties in breaking into big companies and the traditional workplace, which is why they start their own small businesses.

What UNITEE’s members should be doing is first of all, encourage the next generation of entrepreneurs. Secondly, they should start up projects such as Kiva, where they can lend entrepreneurs some money to be able to start their own business.

New European (Parliamentary calendar)
The annual calendar of the European Parliament, where you can find all the voting sessions and various meetings the Members of the European Parliament must attend. Click here to have a look at the 2013 calendar.
New European (New Europeans)
People with a migrant background, who live and work in a European country and, in most cases, do not intend to go back to their country of origin. Their future is, rather, in Europe
MEP
Member of the European Parliament. The MEPs are your representatives at the EU level. They adopt EU legislations and the budget. You elect them for a period of 5 years. The next election is in May 2014.
Lisbon Treaty
The latest institutional Treaty of the EU. It reformed the structure of the EU to make it more democratic and efficient. Signed in December 2007 in Lisbon, it entered into force in January 2009.
Entrepreneurship (Entrepreneur)
A person who operates a business and takes on many risks to do so. Entrepreneurs are also innovators, coming up with new ideas and interesting solutions. New companies create more than 4 million new jobs in Europe every year.
UNITEE
UNITEE represents entrepreneurs and business professionals with a migrant background, most of them of Turkish descent, and whom we refer to as ‘New Europeans’. http://www.unitee.eu/