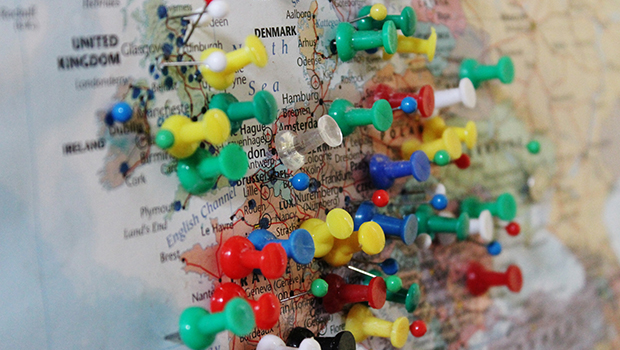 A couple of years ago, European Commission’s President Barroso tasked a group of high-profile intellectuals and artists to lay the ground for a narrative that could breathe new life into the European project. Confined to a very philosophical, though interesting, exercise, there is little hope that this narrative will ever have any impact.

The power of narratives lies in mobilising forces that all political leaders are desperately striving to harness. Narratives give a sense of purpose, of direction; they manage to get the best out of individuals, groups and communities because they offer a better horizon – that still remains achievable in a not-so-distant future.

Narratives are simple: in a few words, they encapsulate a project for society and give confidence to those who adhere to it. This project is worth committing to, joining forces and collectively overcoming obstacles. Think about the “Yes, we can!” motto of Barack Obama’s first presidential campaign. Every single US citizen could, through these 3 words, reconnect with the egalitarian values of the United States of America. No explanation was needed. It got Mr. Obama elected twice and still resonates deeply in the USA and around the globe as a banner for collective change.

(…) The European Network Against Racism (ENAR) has been an innovator in this area as early as 2008, when we identified the need for a new narrative for the European anti-racist movement, but also for the whole of Europe. As of 2009, we tried to figure out a mobilising narrative, starting from the grassroots. The challenge was to keep it understandable from East to West, from North to South, by the average wo/man on the street, a newly arrived migrant, a Roma nurse working in her settlement, a banker from the City, or the President of the Commission himself.

It took us three years to encapsulate our narrative for Europe as “Realising full equality, solidarity and well-being for All in Europe”. The power of our progressive narrative is that it re-establishes a strong and direct connection between all residents of Europe and the aspirations at the heart of the European project.

But agreeing upon a mobilising narrative is just the beginning of the journey. Once we know the horizon we want to reach, we have to design concrete plans and strategies to access it within a reasonable time frame. (…) It took us another two years to sharpen our objectives and methodologies, though we know it is a never-ending task. Along the way, we realised that our narrative could actually be shared by other progressive movements and even by the EU as a whole, reconnecting with its founding values (…)

Indeed, over the last 35 years, if the EU GDP has been skyrocketing, prosperity has been the privilege of a bunch of happy few. And unfortunately, the level of inequalities in Europe is the same in 2014 as it was one century ago.

(…) In this context, trying to rearticulate a new narrative for Europe around arts and culture, as Mr. Barroso advocated, is doomed to fail because it consists in window dressing neo-liberal policies with shared culture and values. Culture is of little help if you cannot foot your electricity and heating bills and if you have to choose between feeding your children and bringing them to the doctor if they are ill.

(…) In the current age of globalisation, does the EU have the legitimacy to put forward a narrative? Yes, definitely. Does it have the means to implement it? Yes, definitely too. But this requires a prior re-alignment between narrative and policies, and it needs to be about society as a whole, not only about culture, arts and values. These are crucial elements of any narrative, but they come in support of a socially progressive vision, not instead of it. At this stage, we need coherence, not confidence. Confidence will come along the way, when people will feel that their lives are improving.

“Full equality, solidarity and well-being for All”. What else?

GDP
GDP estimates are commonly used to measure the economic performance of a whole country or region, but can also measure the relative contribution of an industry sector.
New European (Parliamentary calendar)
The annual calendar of the European Parliament, where you can find all the voting sessions and various meetings the Members of the European Parliament must attend. Click here to have a look at the 2013 calendar.
New European (New Europeans)
People with a migrant background, who live and work in a European country and, in most cases, do not intend to go back to their country of origin. Their future is, rather, in Europe
UNITEE
UNITEE represents entrepreneurs and business professionals with a migrant background, most of them of Turkish descent, and whom we refer to as ‘New Europeans’. http://www.unitee.eu/