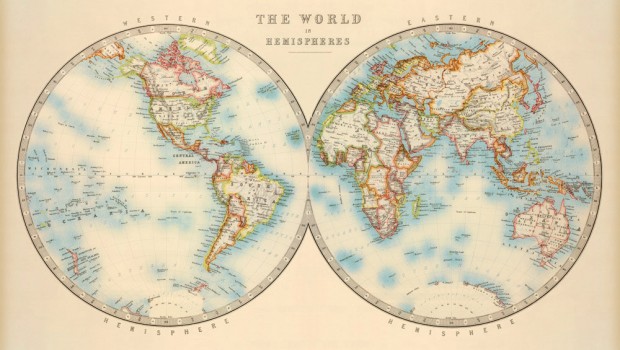 No doubt the Pacific Region is emerging. Over the past years, a tremendous shift in international power has been taking place: from an Atlantic-centered world to a new one, where the Pacific Ocean is the main node. But, could we learn any useful lesson from each other?

In order to understand the current rise of the Asia-Pacific region, it is firstly important to examine how Asia and the Pacific form a region operating jointly. Transnational trade connections are a historical factor that helps create a safe business climate in the region. The most relevant forum is ASEAN (Association of Southeast Asian Nations), a political and economic organisation of ten countries (Indonesia, Malaysia, the Philippines, Singapore, Thailand, Brunei, Myanmar, Cambodia, Laos and Vietnam). Some experts indicate that, should it operated as a single entity, ASEAN would rank as the eighth largest economy in the world. On its effort to strengthen economic growth and integration, governance and social progress amongst its members, the region is following a path similar to the European Union’s. Other organisations, like Pacific Islands Forum (PIF) or Asia-Pacific Economic Cooperation (APEC), intend to strengthen regional integration and economic collaboration amongst countries of the area, too. (…)

It is equally important to have a look at G20, an organisation that currently brings together 85% of the world’s gross product, 75% of world trade and more than 65% of the planet’s population.(…) Some experts foresee that the group will, eventually, replace the G8 as the main economic council of wealthy nations in reviewing and promoting financial stability. For the moment, its main current challenges are to strengthen and stimulate the growth of the world economy through the reinforcement of the private sector and cooperation between developed economies and emerging ones.

According to Mike Callaghan, Director of G20 Studies Centre, emerging markets and developing countries are, indeed, currently contributing to the world’s GDP in a bigger percentage than the sum of advanced economies. Many predictions indicate that the Pacific region will be the major source of growth in the future. Countries like China, Singapore or Australia and cities like Tokyo or Seoul are just some of its main financial hubs. Taking part in global forums is, therefore, in everyone’s interest because, given that “we live in an integrated world, we need global governance”, as claimed by Callaghan.

Economic growth is not the only thing that matters. There are some fundamental values those countries share with the European Union, such as the respect of human rights, the rule of law, democracy and free market – to name a few. Europe and the Asia-Pacific are global powers with similar interests, and it is convenient to find the best way of bilateral cooperation.

Being less known to Europeans, it is important to emphasise,at the European level, the role of the Pacific, and two of its most important nodes: Australia and Fiji.

The former, Australia, a very stable and safe State, both economically and politically is the twelfth strongest economy in the world. Australiais not only experiencing an expansion that attracts varied international investors, but also tops the world’s index of happiness elaborated by OECD. On the one hand, as the Australian expert highlighted, it enjoys a very good relation with the former British Empire, the European Union and the United States of America. On the other hand, it needs allies in the region of Asia-Pacific in order not to be isolated: accordingly, both collaboration with Indonesia and the participation in regional forums are key to the country’s successful relations with the outside.

Last but not least, Australia’s defence and security plans are conditioned by its geographical location, too, with the fight against terrorism being a top priority. The development of programs and joint actions may even help combat other risks that affect both regions’ national security, like climate change, cyber-attacks or organised crime. Australia is therefore a key actor for Europe, and this is a two-way street.

The latter, Fiji, is also worth a close look. The archipelago-country seems to be ready to go through a democratic transition and is, therefore, being carefully watched by the international community. Having lived under a military dictatorship since 2006, this nation can now choose between the relative international isolation under which it is living now, or the re-accession into global circuits. It is difficult to decide on whether it is pertinent to trust or not the process, but, being such an important geostrategic enclave, whatever happens will have significant international consequences.

Europe is a highly interrelated continent, as reflected by the European Union. Its Member States are much less diverse than the countries of the Asia-Pacific region and the members of ASEAN, more varied in cultural, religious and values terms. However, they are also on their way to integration and to opening up to the rest of the world, adapting their strategies on the EU as model of international understanding.

What do we know about them? In today’s world, engaging with whole regions is more important than with individual countries. Comprehending Asian-Pacific dynamics is key to improving bilateral relations between the two zones. One is expanding, and the other faces an uncertain future, but has the backup of a long and solid past. In order to progress together, it is necessary to understand each other: from the region’s society to the relation amongst its nations. In spite of – or maybe thanks to – the similarities of the two regions, there are lessons each one can learn and offer.

GDP
GDP estimates are commonly used to measure the economic performance of a whole country or region, but can also measure the relative contribution of an industry sector.