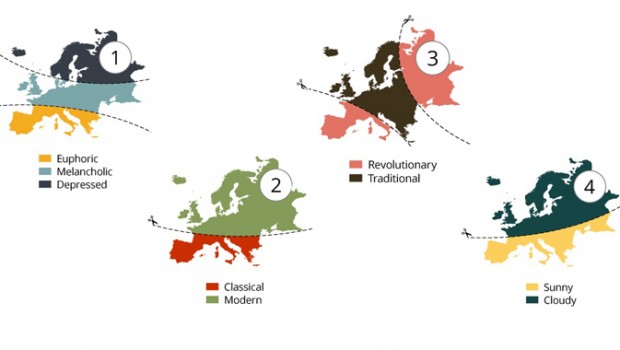 For such a small continent, Europe is home to a huge number of differences. Culture, food, ways of life: extreme variety is a constant in Europe and it derives from a very rich history.

Everyone who travels around the continent becomes aware of these differences, which have also created a series of national and regional stereotypes: in the north, people use butter, whereas in the south everything is seasoned with olive oil. In the north, they are quiet and polite, while in the south everybody screams. 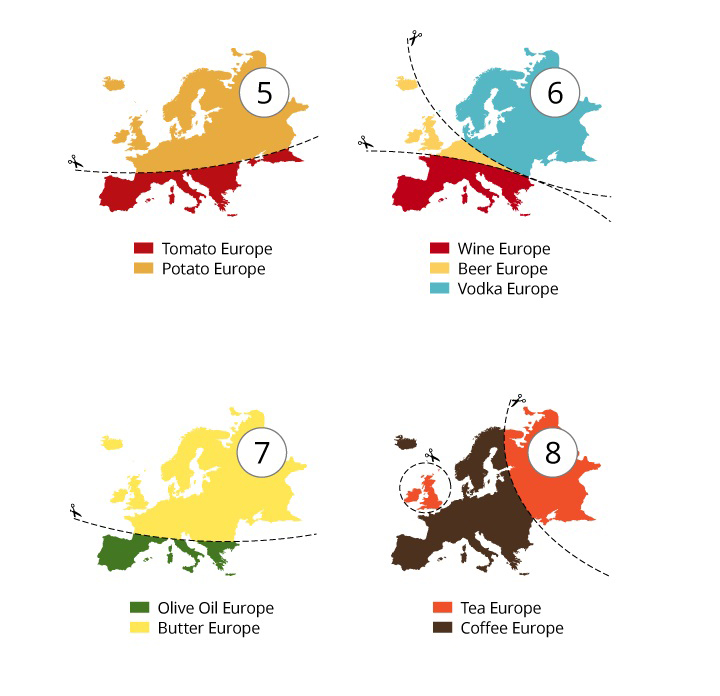 Bulgarian artist Yanko Tsvetkov has tried to collect all these prejudices in a series of 20 maps. The title of the collection, ‘Tearing Europe apart – 20 ways to slice a continent’, is a semi-serious take on the subject: the maps graphically represent the existing cultural borders in Europe, created by the different customs, as ready to be cut by a pair of scissors. 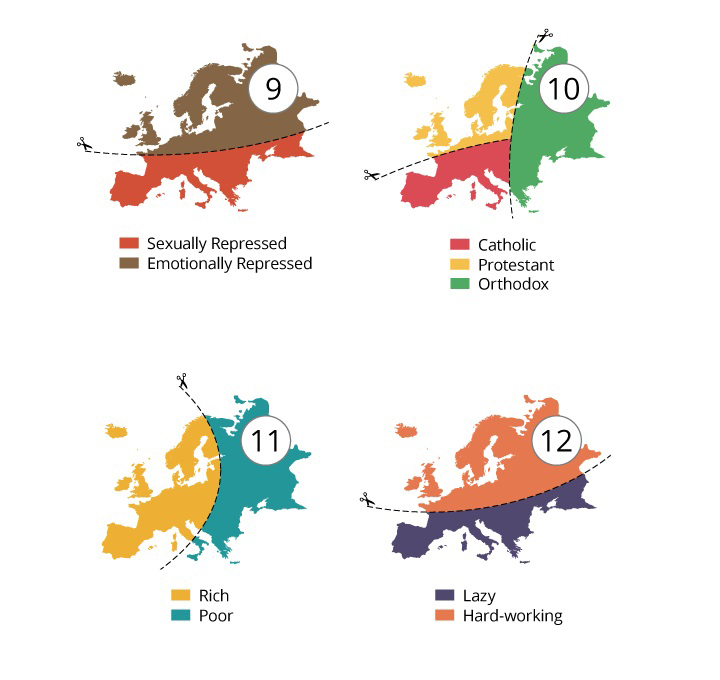 Yanko Tsvetkov is not new to this kind of work. Since 2012, he has published a series of two books entitled The Atlas of Prejudices, which jokingly analyses conventional wisdom, paranoia and stereotypes in everyday life. For this reason, he refers to himself on his Tumblr page as ‘a leading international bigotry professional with a taste for unconventional historical studies’. 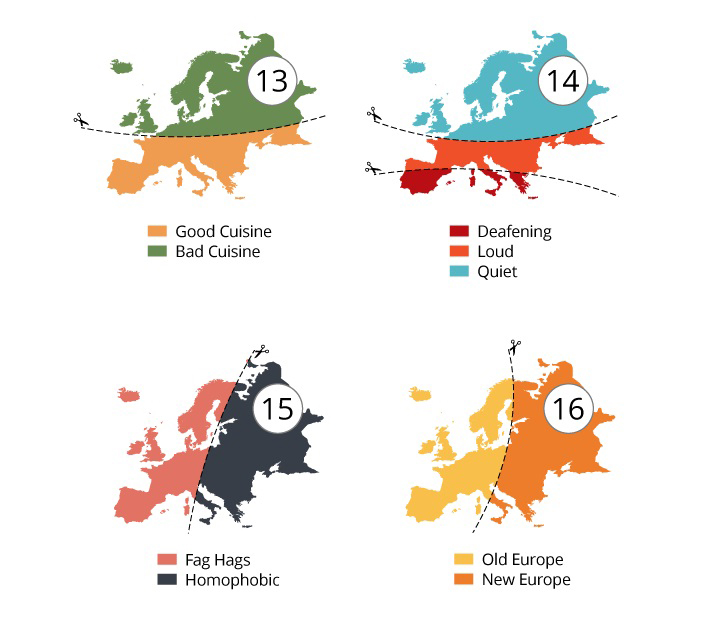 His work is, of course, meant to be provocative as it mocks the same stereotypes it portrays. How many times do we hear in the media that there are lots of reasons why European countries are different and do not agree with each other?

Tsvetkov’s work shows us that there are indeed a lot of things that are different, or perceived to be different, in Europe, perhaps even more than we think. But are they enough to split Europe apart? 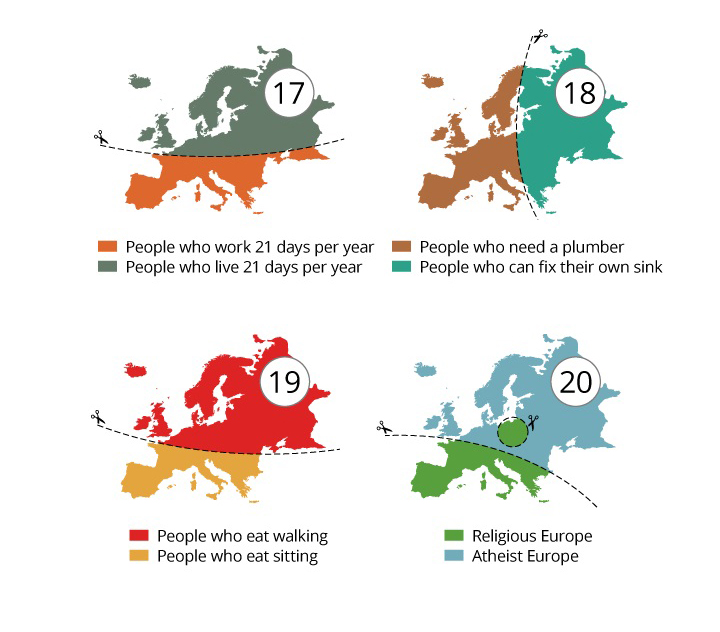