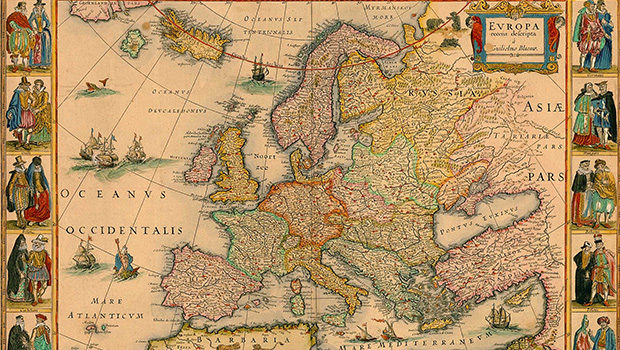 Have you ever read A Tale of Two Cities by the great Charles Dickens with the infamous opening line “it was the best of times, it was the worst of times”? This best-selling novel of all time is set in Paris and London before and during the French Revolution, depicting the comedy and tragedy of those times.

Paris and London are key cities in Europe that have won over the hearts of many people around the world. They are cities of destination. But do you know the history behind these names, that are in your bucket list of dream vacations and places to see before you die?

What better way to look back on the genesis of cities than by knowing where their names come from and what they mean in the first place? This is what we call toponymy, the study of the origins and meanings of place names or “toponyms”, although most of them are veiled in mystery and theory.

From London, Amsterdam, Antwerp, Paris, Madrid, and Rome to Prague, Bucharest, Zagreb, and Ljubljana, this tale of ten cities will take you on an etymological journey from Europe’s Western to Eastern cities and back.

Many tales behind European cities’ names revolve around contradictory themes of good and bad, peace and war, love and hate, success and failure. The ups and downs of the human condition we can reflect on for our present and future.

As the cliché goes, to know our future and live fully in the present, we must know our past. For Europe’s modern urban population, everything we are and society as we know it started and will end in cities. As the last few lines to A Tale of Two Cities go:

“I see a beautiful city and a brilliant people rising from this abyss, and, in their struggles to be truly free, in their triumphs and defeats, through long years to come, I see the evil of this time and of the previous time of which this is the natural birth, gradually making expiation for itself and wearing out”.