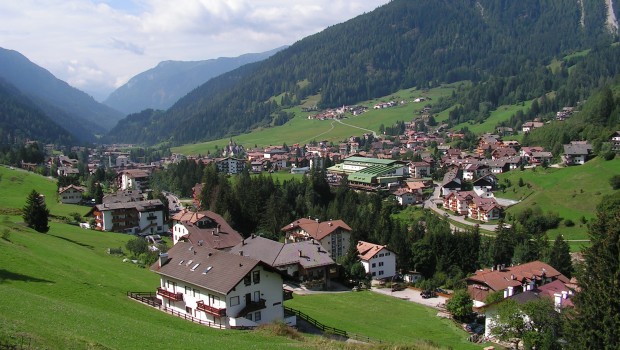 No one would refute that the Ottoman Empire was one of the most powerful Empires that ever set foot in Europe. During the fifteenth century, the Empire expanded mightily in South Eastern Europe and completed the invasion of the Byzantine Empire in 1453, the Zenith of its conquests.

Then, the Empire gradually died out and faced several difficulties (long story short: military technology, strongest asset of the Ottomans in their forceful expansion, became stifled by growing religious and intellectual conservatism). The Empire remained a major expansionist power until the Battle of Vienna in 1683, which marked the end of the Ottoman expansion into Europe.

But as they say, behind History lies history. Here is the unusual Tale of ‘Il Turco’ and the charming village of Moena.

It all started some 331 years ago, in 1683 during the conquest campaign for Vienna. The Ottoman Janissaries, the elite infantry troops that were the Ottoman Sultan’s bodyguards, fled from the Second Siege of Vienna, having been through gruelling battles, injured, and worn out – more than likely awaiting for a certain death. They arrived in Moena, a long-forgotten village in the Northern Italian region of Trento. After having received medical treatments, many of them married women from the village and decided to stay in this one-of-a-kind village.

Despite not speaking Turkish, you can tell that Moena has undergone a Turkisation phase, and is embracing a Turkish cultural and historical heritage. Legend has it that a Janissary who had settled in Moena (then part of the Duchy of Augsburg) and nicknamed “Il Turco” (the Turk) by villagers, was declared the hero of the region after having stood up against the unfair taxes gathering of the soldiers of the Duchy.

This legend has been transmitted through dozens of generations and is still celebrated today through the Moena Turkish Festival. This festival is held every year in the first week of August. Villagers dress up in Ottoman Janissary costumes, hang up Turkish flags and name the oldest of the village ‘Sultan’, embodying ‘Il Turco’.

People of Moena, having taken up Turkish traditions and customs, also demand dowries for future brides. And if a bride-to-be marries a man from another village, the Sultan’s approval is required, rekindling the story of ‘Il Turco’. This approval ceremony is called ‘Alabastia’. More than just a legend or a festival, the legend of ‘Il Turco’ and, to a larger extent, a face of the Turkish culture have become a lifestyle, embraced by the inhabitants of this charming little village of the Fassa Valley, at the foothills of the Manzori Mountains.

This legend of the Mountains proves to us, yet again, that human beings show mercy even during trying times and that culture is a volatile element that touches everyone. Never underestimate its strength. Riccardo Franceschetti, Mayor of the Village, once said “our grandparents would tell us this story, and today, we still do to our children. With full belief. This is important for us.”

More than just a village tainted with Turkish culture, Moena is a bit of Turkey. The village is even nicknamed ‘La Turchia’ (Turkey in Italian), proving that Moena’s inhabitants have made the best of the heavy past that once linked the two countries together.