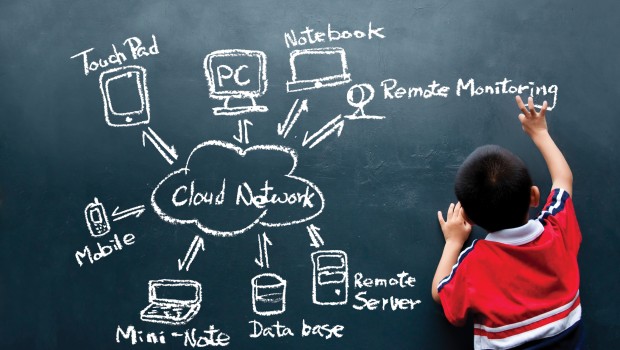 One of the pillars of the Digital Agenda for Europe (DAE) is “enhancing digital literacy, skills and inclusion”. Why is that? The European Commission (EC) has deemed that by this year, about 900,000 job vacancies in the ICT sector in Europe will be unfilled, due to the lack of a digital workforce.

Their recommendation? Digital education, especially among younger Europeans, as youth unemployment in the Union has become a very serious problem. But is going digital truly a way out?

Youth unemployment amid a digital revolution

In 2014, more than five million young Europeans were unemployed in the European Union, unevenly dispersed in the 28 Member States. The gap between the North and South, the East and West is extremely high, with Germany having about a 7% youth unemployment rate while countries such as Greece, Spain and Italy have more than 40% of their youth jobless.

Some of the likely reasons behind the alarming rise of unemployed young people are: (1) jobs having an increasing demand for a high level of education and modern competencies; (2) excessive skills mismatches on the European labour market; and (3) insufficient digital skills.

“The digital revolution will affect and benefit every European, but it is the younger generation who will shape it and be shaped by it”. – Neelie Kroes, former EC Vice-President and Commissioner for Digital Agenda

All these factors have been heightened by a digital revolution happening in Europe and the rest of the world. Despite the Union moving towards a digital culture, economy and society due to the benefits associated with being and going digital, there is a widening digital divide in the old Continent.

Despite a big increase in the number of Europeans making use of the Internet in the past few years, about 25% of the population are non-Internet users. With more and more daily activities being done online, the European Commission has emphasised through the Digital Agenda the need for a digital revolution. Despite this, nearly 50% of the EU population lack in digital skills and a staggering 25% have none at all.

The Digital Agenda emphasises on the role of education in fostering digital skills, creating jobs and boosting competitiveness and innovation. Under the DAE, the EC launched several digital learning platforms and initiatives such as Open Education Europa.

The EU’s main fighter against youth unemployment is the Youth Guarantee currently being funded by the European Social Fund (ESF). It recommends digital skills training for early school leavers and young people who have an insufficient skill set.

Former European Commissioner for the Digital Agenda Neelie Kroes and social media mogul Mark Zuckerberg both agree that coding and programming should be taught in schools as early as possible. In several EU countries such as Germany and Estonia, these tech skills have already been introduced to children as young as six. But other countries barely offer such education due to several factors: lack of resources, equipment, teachers, etc.

Despite the European Commission providing financial support to national programmes dealing with digital education, funding is limited and education remains the prerogative of Member States. Aside from this, there is also the fear that going digital could destroy, instead of create, jobs for young people.

Integrating digital education to school systems and providing digital skills training opportunities for all young Europeans have a long way to go, if these were to be the solutions to the growing youth unemployment crisis. And as Peter Matjašič, former President of the European Youth Forum said, “digital education is not a panacea. Digital jobs won’t save young people. We need more concrete action and investment from European leaders”.

This is the fourth article from the series of What’s Up Europe articles published by UNITEE every week on the Digital Agenda for Europe, focusing on different sectors of European society: Arts & Culture, Research & Innovation, Politics, Youth & Education, and Employment, Entrepreneurship & SMEs.

Digital Agenda for Europe
One of the seven flagship initiatives under Europe 2020, the DAE aims to “reboot Europe’s economy” through 101 actions that aim at helping citizens and businesses in the EU take advantage of the benefits associated with digital technologies.
SMEs
The category of micro, small and medium-sized enterprises (SMEs) is made up of enterprises which employ fewer than 250 persons and which have an annual turnover not exceeding 50 million euro, and/or an annual balance sheet total not exceeding 43 million euro.
European Commissioner
One of the 28 members of the Commission, the ‘government’ of the EU. Each heads a specific issue of the EU’s legislation.
Entrepreneurship (Entrepreneur)
A person who operates a business and takes on many risks to do so. Entrepreneurs are also innovators, coming up with new ideas and interesting solutions. New companies create more than 4 million new jobs in Europe every year.
UNITEE
UNITEE represents entrepreneurs and business professionals with a migrant background, most of them of Turkish descent, and whom we refer to as ‘New Europeans’. http://www.unitee.eu/