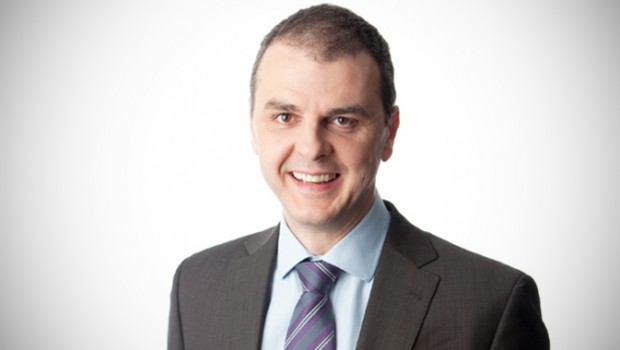 Jasenko Selimovic is a former State Secretary for Integration in Sweden and a candidate for Sweden’s Liberal Party, Folkpartiet, in this year’s European Parliament elections. Born in the Bosnian capital Sarajevo, Mr Selimovic is looking to put EU enlargement and the promotion of businesses on top of the European agenda.

The second reason why I went into politics is my goal to promote EU enlargement, especially to the Balkans and Turkey. This will help to solve both internal and external problems and secure a better future, both for these countries and for Europe.

As the European elections are coming up soon, in your opinion, what topics will be central for the European population?

Probably one of the topics will be the question of xenophobia. We have seen the rise of xenophobic parties all over Europe. So, this might become part of the agenda.

It is also my aim to put business more prominently on the agenda. With this I mean thresholds for business, conditions for business, the enlargement of markets, and so on.

The other thing that I would like to be discussed is the question of the enlargement of the Union. I think there are lots of things that Europe can gain from enlargement and the same holds true for the Balkans and Turkey. So it is a win-win!

As a State Secretary of the Minister of Integration in Sweden, what do you think about the role of ethnic entrepreneurship regarding integration and employment issues both on the domestic and the European level?

To speak very frankly, I have to say that we have not succeeded anywhere – not even in Sweden – to get the gains of ethnic businesses or organisations. If you look at the statistics, you see that immigrants in Sweden are starting more businesses than Swedes. So why have we not done more for these businesses?

This has to do with the discrimination of immigrants, but also with the hidden obstacles and protectionist forces in every European country. This is what makes the crisis even more severe.

How important are organisations like STBC and SWETURK in changing existing prejudices?

I think it is a very important question and I think it will take time to get rid of prejudices, unfortunately. These prejudices are deep, very present, and they are based on a lack of knowledge.

Politicians fighting prejudices sometimes promise a society free of discrimination in the near future, but this will not happen overnight.

We need to organise like-minded countries and people that are interested in the same thing: pushing things forward together.

What do you think about the current situation in Turkey? How will it affect the EU-Turkey relationship and the accession process of Turkey to the EU?

I have seen the problems with the relations of the EU towards Turkey and the response of Turkey to that relation. A couple of countries have been delaying Turkey’s accession process. It is therefore taking a very long time and this has resulted in exhaustion and a lack of will on the Turkish side.

I think the problem will be solved once Turkey starts dealing with the necessary questions and demands and organises like-minded people.

What will work in favour of Turkey is the fact that the Turkish economy is quite good while the country could also become the EU’s new strategic partner with regard to the energy question.

The situation with energy has become extremely complicated after Russia’s annexation of Crimea and the EU will have to find a new strategic partner. Turkey can be the one the EU is looking for.

What can be done to reactivate the European economy? What role do SMEs play in this respect?

The current growth is caused by SMEs. It has been the driving force behind the growth in all European countries and Turkey in the past ten years. We have to help them get better conditions.

The problem is that national governments are simply reluctant to carry out reforms for fear that it will make them unpopular. This is why they wait for Brussels to initiate these changes.

Everybody will play the “blame game” and blame Brussels for everything, but there is a huge need for it. This is what makes Brussels the real centre of power.

What can schools and universities do to promote young entrepreneurship in Sweden and Europe?

Turkey has been much better than Sweden at encouraging people to open businesses after they finish universities. Why? Because in Sweden you have the big state and you do not have to start your own business; somebody will take care of you.

This is both good and bad. We do like a welfare state and we are proud of it in Sweden. However, the disadvantage of the big state is that many people are not starting businesses when they can and should.

If everybody wants to simply be employed, then you have to ask yourself: who will create all these jobs?

We have to encourage people to start businesses.

What would you like to say to New Europeans to encourage their participation in the European Parliament elections?

This is an excellent opportunity, probably the best opportunity we have ever had, to make significant changes in the way things will develop. Several elections will take place this year: EU elections, Swedish national elections, elections in some European countries and “elections” for the European Commission.

If you have the same priorities as me: promoting enlargement of the Union to the Balkans and Turkey, fighting discrimination, and promoting business, then this is your chance!

Do not let this opportunity go to waste!

Enlargement
After the fall of the Berlin Wall in 1989, enlargement was made a core EU priority. As of 2014, the EU is now composed of 28 Member States after seven successful rounds of enlargement. Five candidate countries have yet to become members: Iceland, Macedonia, Montenegro, Serbia and Turkey.
SMEs
The category of micro, small and medium-sized enterprises (SMEs) is made up of enterprises which employ fewer than 250 persons and which have an annual turnover not exceeding 50 million euro, and/or an annual balance sheet total not exceeding 43 million euro.
New Europeans
People with a migrant background, who live and work in a European country and, in most cases, do not intend to go back to their country of origin. Their future is, rather, in Europe
Entrepreneurship (Entrepreneur)
A person who operates a business and takes on many risks to do so. Entrepreneurs are also innovators, coming up with new ideas and interesting solutions. New companies create more than 4 million new jobs in Europe every year.