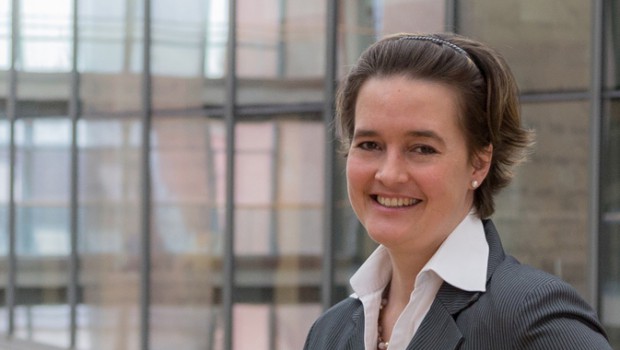 Anita Pelle, associate professor at the University of Szeged, presents her views on Hungary and the future of Europe.

What is the current social and economic situation of Hungary?

Hungary in the past two decades has gone through the transition from socialism to capitalism. Anyhow, the country has been a member state of the European Union for almost ten years now. The country showed convergence to the average of the EU in terms of economic development until the crisis hit in 2008. Since then, the government has succeeded in stabilising the macroeconomic situation. On the other hand, the social situation is not calming. Since 2010, the proportion of people at risk of poverty of social exclusion has increased, reaching 32.4% of the total population in 2012[1]. Also, similarly to many other countries at the periphery of the EU, more and more of Hungary’s citizens are moving to more developed member states of the EU for work. That makes the social situation even more challenging.

Where do you see Hungary in 15 years’ time?

In a European Union that is more integrated and less factious than today.

What are your expectations for the upcoming Hungarian national elections in spring 2014?

Since the last elections of 2010, the law regulating the national elections has been modified: the Parliament will be roughly half its size of today, and there will be just one round of voting. I assume that the following factors will influence the outcomes: the overall participation rate, to what extent the various political forces will be able to mobilise their supporters, what elements of the parties’ campaigns will raise sympathy in what social groups – sympathy that will eventually result in votes. According to latest surveys, politicians are among the people whom we least trust – not something to be too happy about…

In Hungary, the far-right movement is gaining popularity with the party Jobbik. Why do you think the Far Right is so prominent in Hungary?

History teaches us a lot if we listen to its messages. For example, the 1929-1933 Great Depression turned masses of people into disappointment and desperation – and we all know what happened in the following decade. In such a social climate, people are likely to resonate more to voices that blame those ‘secret behind-the-scene international economic forces’ that rule our lives and cause all our troubles, foreign-owned banks who do not act in our national interest, certain ethnic groups who are proclaimed as our ‘enemies’, etc. The best way to stop the spreading of such extremist thoughts is to build a participative democracy with a modern capitalist system, also with high levels of participation by the people in the economy. We have a lot do in this respect!

In a context of rising euro scepticism and populism, what is the way forward for the EU, more or less Europe?

I think this is a very complicated issue. Whenever I travel across Europe and meet colleagues and students, we all agree that we like our continent, we like being European, we appreciate the liberty that we enjoy across this continent. On the other hand, we all come from national/regional/local cultures that we also wish to preserve. Well, to me there is no trade-off between these two: we can build a Union and  live our own culture at the same time. Europe has benefited a lot from its cultural richness and I would like it to stay that way.

In your article “The European Social Market Model in Crisis: At Crossroads or at the End of the Road?”, you write that the European social model will only be sustainable if the future European economy relies on enhanced competitiveness across the whole EU. What are your suggestions to foster Europe’s competitiveness?

My suggestion would be that countries would study the professional reports analysing their competitiveness, identify their own weak points and try to target those with their economic and social policies. Also, I would suggest every European politician, be they working at European or national levels, to think about where Europe and their own countries would be without integration (this is also an issue where it should be enough to study the history of Europe…). Perhaps if these questions are thought through and discussed widely, we will be able to find our common interests, build a European strategy based on those commonly defined interests and harmonise national policies with that. I am sure that it is not in the interest of any EU member state that the competitiveness gap between North-South and East-West grow deeper. We should really become aware of the fact that, due to the existing interdependencies, Europeans are all sailing in the same boat. So, it is highest time we all started to look in the same direction, pull our oars at the same pace and build common guarantees to sort out free-riding. Because that is what is in all of us’ interest.

This is a question that comes up with most of my student groups, wherever in Europe. I always try to explain to the young people that they have to establish their own lives and run the society and economy of the future. I always encourage them to organise themselves in social and economic terms, as well to develop their ideas into projects, to establish enterprises etc. Without their active participation in their own lives, their problems will not be solved. The EU can address this issue by debating on it in the European Parliament, by launching targeted programmes but, eventually, it is the young people themselves who are the solution – and not the problem.

What is your European dream?

My European dream is a participative, inclusive and cohesive European society enjoying the peace among its countries guaranteed by the European integration, developing and maintaining high levels of tolerance across nationalities, ethnicities, genders and generations, considering children and young people as holders of the greatest potentials of society, and jointly harvesting the yields of cultural richness, intellectual excellence and brave entrepreneurship.