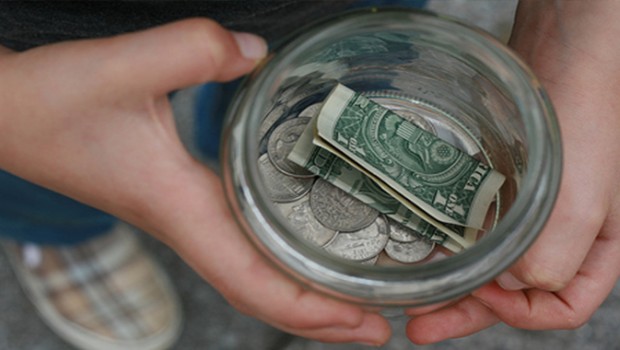 How to make Europe grow again? According to esi, the European Startup Initiative, the key lies in putting startups at the centre of the European economic model. Entrepreneurship must become fashionable among young people. To know more about this issue and discover how esi is contributing to the mission, UNITEE met its founders.

Thinking about the European Economy, everybody seems to agree on one fact: Europe needs growth, now more than ever. But how to achieve this growth? According to esi, the European Startup Initiative, an NGO started by a group of young and passionate Europeans, the key is in putting startups at the centre of the European economic model.

To make this possible, though, a general change of mentality is required: entrepreneurship must become fashionable among young people. To know more about this issue and discover how esi is contributing to the mission, UNITEE met its founders.

Describe ESI: what is it? How did you decide to create it?

We have all participated in a summer programme organised by the Allianz Cultural Foundation, which brings together teams from some of the best universities around Europe to debate ideas on Europe. Over the years, through this so-called Allianz Summer Academy, a network of young talented people from all over the continent has grown.

These initiatives are simply a fantastic opportunity to meet passionate and driven EU enthusiasts. And this is how we met. We realised that we all share a passion for entrepreneurship and we thought it would be fun to try to give our contribution to the cause.

The European start-up initiative is the result. The uniqueness of our team lies in the fact, that all four of us live in different countries, come from different backgrounds, and follow distinctive careers.

Start-ups are seen by many as a solution to all our economic woes. But their reality is still unknown to many. What makes them so important?

Europe faces nowadays the problems of slow growth, stubbornly high levels of unemployment, and struggles to increase its competitiveness. Despite these conditions, according to the information gathered by the EU, only a limited percentage of people ever thought about setting up their own business – the majority would prefer to have employee over self-employed status.

The Flash Eurobarometer survey nr 283 (May 2010), was addressing in fact two questions, very much revealing of the European entrepreneurship environment: – Why do so few Europeans set up their own business? And – Why are so few European businesses growing?

We need to put these issues at the centre of the debate today, and it should be underlined that the second question is at least as important as the first one. Europe’s entrepreneurial gap is not only one of numbers, but also of size and growth. The whole of Europe has produced only 3 of the world’s 500 biggest publicly listed companies from 1975, compared with 26 in the US.

What has to be done is to convince a larger share of the European public opinion that entrepreneurship is beneficial both economically and socially. We should also persuade it Europe is the right place to start up and innovate. European entrepreneurs are less confident about their country as a place for start-ups than Americans, Canadians, but even Brazilians.

Changing these perceptions and these numbers is fundamental for Europe’s future in the 21st century.

How would you judge the current European start-up environment?

Although Europe can boast about a number of very dynamic start-up hubs, as London, Berlin, and Paris, the EU has certainly not witnessed a Silicon Valley.

We have many well-educated, talented, and ambitious people ready to immerse themselves into the adventure of their life. The problem that they face, however, is the lack of equitable access to the opportunities that would help them take the decision of starting an entrepreneurship career.

What is worth noting, however, is that the crisis is having a somewhat positive effect on the public opinion’s perception of entrepreneurial activity. High levels of unemployment have literally forced some Europeans to try their luck in running their own businesses.

Once a start-up has been set up, however, it is statistically proved that only 1 in 2 will survive the first 5 years. For highly innovative start-ups these numbers are even lower. The longevity of European companies has lots of space for improvement. Overcoming the difficulties in scaling up is crucial to making a difference to growth and employment across the EU.

Notwithstanding its high levels of research and innovation, Europe lags behind other developed and developing economies for its rate of entrepreneurs. What is the reason for that?

The global entrepreneurship arena has noticed a significant emergence of such developing countries as India, China, and even some African countries. The global Entrepreneur of the Year winner was an Indian. What the European ecosystem seems to be failing at is adapting to the new pace of development imposed by these countries. The new technologies have never been as boundary-less before. This is certainly something that is going to challenge the already well-established industries.

The mismatch between the skills that the current European job market requires, and the skills that jobseekers can offer, should also carry part of the blame for this situation. The internet is now regarded as the most important infrastructure needed in developing innovative companies – young people should keep this in mind when choosing their educational paths.

On the other hand, even though the apps are often considered the new cool thing all around, Europe has to keep in mind that there is plenty of opportunities in the not-so-sexy industries.

What are the main challenges that entrepreneurs wanting to start their own business in the EU have to face?

This question was in fact the purpose of our survey “A New Look into EU Entrepreneurship”, which we circulated among a wide group of start-uppers across the EU at the end of 2013/ beginning of 2014. Our aim was to find out what is the biggest challenge entrepreneurs face in founding and scaling up their start-ups.

We quickly realised that we could divide the biggest obstacles into three main categories: entrepreneurial culture, getting a hold of financing, and governmental support.

We presented a more detailed breakdown of the results of the survey at “Accelerate EU – Making Europe an Easy Place for Start-ups” – an event we organised in Berlin, in March. After analysing over 300 responses from all across the EU, we identified 7 biggest challenges that EU entrepreneurs face nowadays, and listed them according to the frequency with which they were mentioned in respondents’ answers.

What is the role of the EU institutions in addressing these challenges?

The EU institutions have to be held accountable for putting the EU economy on a more solid footing, through, for instance, shaping the youth employability and manipulating the gap between the youth education and their skills. What many of us do not know is that currently, despite high levels of unemployment, there are around 2 million job vacancies across the EU.

The EU institutions have plenty to do to foster entrepreneurship across 28 member states, in a variety of fields, but are perceived to be doing very little at the moment and certainly much less than any other global power’s institutions.

Alleviating the regulatory burden is only one of the issues. We now live in times, in which the decision-making output of the EU plays a major role in influencing competitiveness of the entire block of countries. It is extremely important that the EU fosters continued sustainable development of leading innovators in an equitable manner.

How does European culture influence entrepreneurship, as compared to other places in the world? And are there differences among the EU member states?

It is no news that there is far less entrepreneurial mind-set in Europe than in the USA. There is also an inborn fear of taking responsibility, and what is closely related – a fear of failure. These feelings seem to be more prevalent in Europe than elsewhere.

We should definitely focus on spreading testimonials of success stories, testimonials of entrepreneurs who have built their companies as a result of a strenuous and continuous effort. One of them, also recalled in the report of the World Economic Forum, is Rovio. The Finnish company achieved commercial success only with their 52nd programme designed. After having swallowed 51 failures, Angry Birds was declared a hit, with over 500 million downloads.

Do differences among EU member states exist? They certainly do, but they cannot at the same time be so easily explained. The previously mentioned Eurobarometer survey contains a very detailed comparative table of these differences from country-to-country.

What pieces of advice would you give to a young person wanting to launch their own start-up?