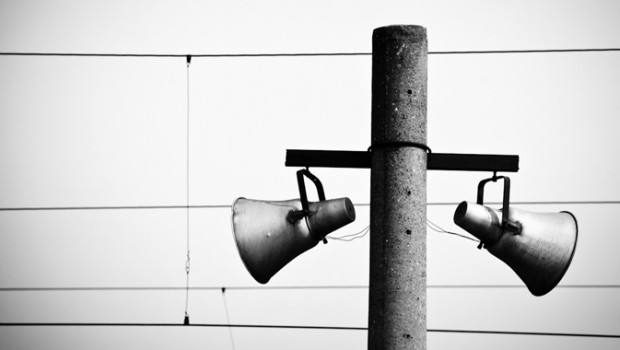 How do the European Institutions communicate with regard to the upcoming elections? What audience do they address? To learn more about the EU’s communication strategy, UNITEE met Erik Dale, Digital Communications Coordinator at Bruegel, a Brussels-based think tank.

The European elections are approaching. Is the communication surrounding them effective?

One thing that is very interesting to note about the European elections is that it differs strongly from other elections, as far as communication is concerned.

The European parties are spending most of their time trying to get out the vote rather than promoting their policies. Since the political message is only conveyed at the local level, which is where, at the end of the day, most voters are actually engaging with the party, the result is a complete lack of a European policy-dimension.

Not every European citizen seems to be aware of their voting rights in the European elections. Is this the fault of the European Institutions or of the member states?

I think it is wrong to say that there is a ‘fault’, per se. We should be honest about the fact that we are trying to force the construction of a European democracy. That does not mean it is a bad project. It just means that it is something that we have definitely worked hard to accomplish without wide popular support. Consequently, the democratic culture that needed to develop at the European level has never really caught up with the ambitions of our leaders and treaty-makers.

The communication mistake has been to tell voters something we would like them to hear without considering if they want to hear it.

It depends on the party traditions. For instance, in the past the European socialists had a much more coordinated platform because they have a long tradition of having an international organisation behind them and they have coordinated policies internationally since the 1920s. The European conservative parties do not have the same tradition, though the Christian democratic parties might have some experience with a uniform umbrella organisation.

The problem is that, as Europe became more integrated, it has become clear that individual national parties do not have a vested interest in their party group. If you are part of British Labour, you will have your own reasons to oppose the platform of European socialists and the same goes for members of the Labour party in Sweden, though the reasons may not be the same.

This kind of fragmentation, which shows that the individual parties do not fully support their common group’s policies, makes it very difficult to coordinate a common campaign during election season and to actually fight for policies when you get into Parliament later on.

Do you think there is no audience for a European election campaign?

Well, of course there is an audience. According to Eurobarometer, about 9 to 12 per cent of Europeans consider ‘European’ to be their secondary identity. So there is an audience. But is this audience representative? No. Is it an audience that is likely to be massively engaged? Hardly. Most people supporting European federalism are not going to pick up a single stick to make it happen.

So, communication strategy is a lost path. What really needs to happen is institutional reform, in which you have a Commission that is more representative of the composition of Parliament. The decision process as it is today ensures no accountability. The composition of Parliament can be manipulated by the Commission by creating artificial majorities on an issue by issue basis. If the Commission represented the biggest party or a permanent coalition of parties, then it would be much harder for them to seek an artificial majority with their opposition; an opposition that does not exist at present.

At the same time, this would mean a Commission with less power to act. But we should want this: less power to act reflects increased democracy and more accountability. Look at Putin, for example. He has the power to act but are his actions in the interests of the citizens? Democracy is slow, however painful this is to policy-makers and their visions.

Do you think that the elections are going to change something?

One thing has already changed before the elections: the majority of party groups have already committed to candidates for the position of President of the Commission. In practice this means that we are now for the first time voting for the election of the European President: that is a huge thing.

What happens is that you will have a President who is to a greater extent elected from a party and if that party gets enough votes and a sufficient number of other parties support that candidate, he will, unless the Council wants to pick a major fight, become President of the Commission. This, in turn, will create a situation in which there is less room for compromise when the President returns to Parliament with policy proposals.

What can you say about the Commission’s communication strategy, which has recently been heavily criticised?

When you are an institution, people have a certain expectation of how much personality you should have and show. To a certain extent we are facing the same issue with an institution like Bruegel. The problem with the Commission’s strategy is that they neglected one important aspect of communication: when you say something, there is also a message being sent in what you don’t say.

Another issue is their strong desire to be popular, born out of fear. As a result, they are focusing much more on the style than the message. Fortunately, they have chosen a different path at the moment as they focus much more on hangouts and dialogue. This is what the Commission should pursue more: actual interaction with actual people.

Talking about your job at Bruegel: does your communication strategy focus more on the quality of your connections or on reaching as many people as possible?

We do not have a target of getting a million views, we have a target of getting only one deep read, from a guy called Barroso, or whoever decides. But to reach this goal of influencing policy-makers, we have to be well known: we recognise that when many people read your research, it can have an amplifying effect. It will make it easier for the policy-maker to support your proposal.

Our job is a dual effort: trying to find out how to most effectively spread a message in a way that makes it accessible to everyone, which is in line with our mission, while at the same time making sure that that message is targeted at the right policy-makers, at the right time, with the right message.

UNITEE interviewed Erik Dale during the Young European Leadership week, where he participated as a speaker. More information about YEL.

Prior to joining Bruegel, Erik worked as a Communication Officer at LOGOS Public Affairs. He has also been a contributor to the public policy journal ‘State & Governance’ since 2008.

Eurobarometer
Since 1973, the Eurobarometer, an arm of the European Commission, has published public opinion surveys on all kinds of topics related to the European Union and beyond.
UNITEE
UNITEE represents entrepreneurs and business professionals with a migrant background, most of them of Turkish descent, and whom we refer to as ‘New Europeans’. http://www.unitee.eu/