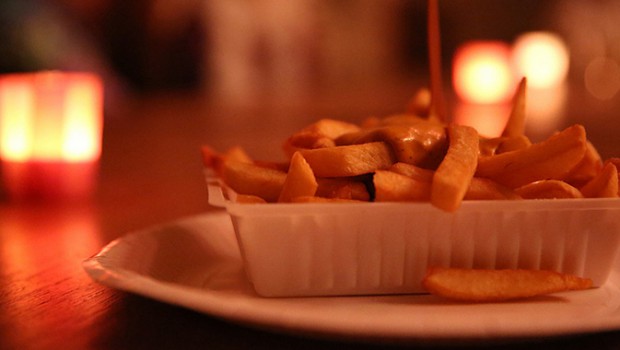 Welcome to Brussels: the capital of the Kingdom of Belgium, of the Flemish region and last but not least, the unofficial capital of the European Union (EU). Although Brussels has never been legally enshrined in EU documents as the official capital of the EU, thus de jure, it is yet de facto the EU capital. The question that quickly springs up to one’s mind is: did the majority of the EU institutions decide to settle in Belgium for the quality of the fries?

Even if the answer seems quite obvious, let’s take a quick look at it in the coming lines.

Throughout the different steps leading to the current EU institutionalisation, the places were European officials met were numerous.  National and EU officials have repeatedly addressed the issue of where to install the EU capital but no consensus could be achieved. At the time being, Brussels is home to the biggest amount of EU institutions, though it is not the only European city that welcomes EU institutions: Strasbourg (France), Luxembourg or Frankfurt/Main (Germany) also host important EU bodies. Nevertheless, the former is considered and usually referred to at the international level as the epicentre of EU activity.

The international character of the rather compact though highly cosmopolitan Belgian capital is not to be proven anymore. If we collect arguments speaking in favour of Belgium as a suitable centre for the EU Head Quarters (HQ), the linguistic and cultural aspects are keys: Belgium is located between the Germanic and Latin civilisations. Therefore, the country offers a good mixture in terms of populations and languages.

Furthermore, the geographic parameter is paramount, since the Belgian state is located between old rivals: France, Germany but also England. Besides, Belgium presents many advantages in terms of state-of-the-art transport infrastructures (be it highways, railroads, flights routes, etc.) that make it quickly accessible from major European cities (Paris: 1h20; Amsterdam and London in a bit more than 2 hours; Frankfurt am Main: 3 hours; etc.). The tiny kingdom is also one of the most globalised and open countries on earth: the international companies taking benefit from it are numerous.

From a linguistic, geographic and structural point of view, Brussels was a strategic and sensible choice. Diplomatically, it happened to be a clever move in the sense that Belgium, as a small country, would not be as pretentious as bigger states could have been. In that respect it could not exert pressure on other Member States.

In the meantime, many third international institutions have gradually established their HQ in Brussels in addition to all the representations (for countries but also the industry associations, consultants and other lobbyists): they did it to enjoy Belgium’s attractive features but also to get close to the EU’s nerve centre.

A topical issue that can though be raised is: with now 28 Member States and the expansion to the East, Brussels is not exactly the geographic centre anymore; it would rather be Vienna (also if one looks at future adhesions). Even if the question is legitimate, for consistency and practicability purposes, Brussels remains a strategic choice and offers many advantages that continue being valid.

In conclusion, with the current shape of the Union and all the investments made (be they material, financial but also human investments), Brussels is set to stay the de facto unofficial (by unwritten law) capital of the EU.

Come and have a look if you wonder how does the EU capital look like! You will quench your curiosity or just your appetite thanks to the multiple fries’ hotspots competing in Brussels. 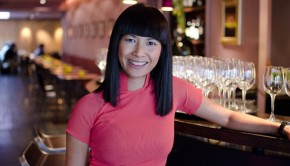 “Have passion in what you do, always!” Read our Interview with ‘Little Asia’ Reknown Chef, Quyên Truong Thi →