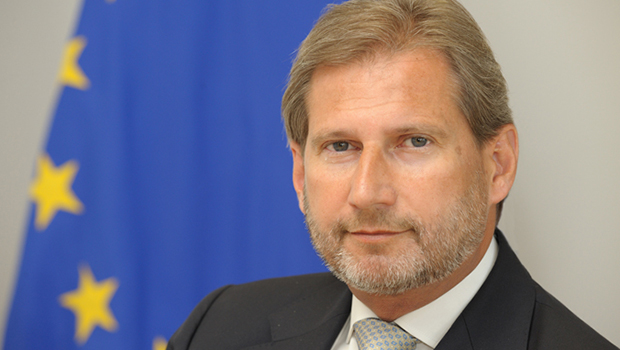 The dawn of a new European Commission is coming. President Jean-Claude Juncker’s team of long-standing politicians are on the spotlight, but have yet to start their performance on the EC stage. The European Parliament still has to decide on whether or not the new Commissioners are fit to handle the challenging tasks ahead of them.

The new Commission aims to further empower its citizens through growth and jobs, speeding up the Old Continent’s recovery process from the most recent financial crisis.

The planned “fresh” start for Europe is marked by a reconstructed Commission with novel features. Things will be different. It is especially true for DG Enlargement that changed name to European Neighbourhood Policy and Enlargement Negotiations. This is a strong signal that puts emphasis on a strengthened neighbourhood policy while at the same time putting a five-year hold on any enlargement of the European Union.

Johannes Hahn, an Austrian politician who was Commissioner for Regional Policy under Barroso’s Commission is designated to get the portfolio. Being the Vice President of the European People’s Party (EPP), the strongest faction in the EP, he is likely to pass the hearings by the Parliament without difficulties.

As the outgoing Commissioner for Regional Policy, his five-year mandate focused on providing regional funding and encouraging investments in line with the Europe 2020 strategy to boost the internal market, economic growth and create jobs in the EU.

With great power comes great responsibility. In this new role, Hahn will be responsible for supervising enlargement negotiations, especially in the Western Balkans, despite the new Commission’s reluctance towards further EU enlargement in the near future.

Aside from continuing outgoing Czech Commissioner Štefan Füle’s responsibilities and projects, Hahn is asked to:

The work of the European Commission in the last decade is marked by the widespread enlargement in the Union, with seven rounds of enlargement and 16 new Member States. Croatia is currently the youngest EU country proclaimed in 2013 under the Barroso Commission.

For Hahn and the new Commission, however, it is quality and not quality or speed that will be the decisive factor in terms of the future enlargement of the Union, thus explaining this “period of consolidation”.

This brings up the issue of the five recognised candidate countries (namely Iceland, Macedonia, Montenegro, Serbia, and Turkey) and other neighbouring countries with a strong pro-European movement (Albania, Bosnia and Herzegovina, Kosovo, and Ukraine) wanting to join the EU. Will they ever join the Union?

Is the EU’s expansion a burden or an opportunity? The debate goes on.

Share the post "To expand or not to expand? A Pending New Commissioner for EU Neighbourhood and Enlargement"

EEA-EFTA countries
They are the unification of the European Economic Area (EEA) and the European Free Trade Association (EFTA). EEA-EFTA countries include: Iceland, Liechtenstein, Norway, and Switzerland.
Enlargement
After the fall of the Berlin Wall in 1989, enlargement was made a core EU priority. As of 2014, the EU is now composed of 28 Member States after seven successful rounds of enlargement. Five candidate countries have yet to become members: Iceland, Macedonia, Montenegro, Serbia and Turkey.
Regional Policy
Regional Policy is basically an “investment policy” that promotes job creation, competitiveness, economic growth, improved quality of life and sustainable development, as mentioned in the Europe 2020 strategy.
Neighbourhood Policy
The European Neighbourhood Policy shares the benefits of EU with neighbouring countries, namely in Eastern Europe, the Middle East, and North Africa. It aims at promoting stability, security and well-being in the EU and its neighbours.
Portfolio
A portfolio in the European Commission is an area of responsibility assigned to a European Commissioner, usually connected to one or several Directorates-General (DGs).
Europe 2020
Europe 2020 is the European Union’s ten-year growth and jobs strategy launched in 2010, aimed at to delivering smart, sustainable and inclusive growth in the EU.
EPP
Group of the European People's Party (Christian Democrats)
New European (Parliamentary calendar)
The annual calendar of the European Parliament, where you can find all the voting sessions and various meetings the Members of the European Parliament must attend. Click here to have a look at the 2013 calendar.
New European (New Europeans)
People with a migrant background, who live and work in a European country and, in most cases, do not intend to go back to their country of origin. Their future is, rather, in Europe
Internal Market
The geographical area across the EU where you are free to live, work, study, do business or retire… Thanks to this single market, you can also enjoy, from home, a wide variety of goods and services coming from all over Europe.