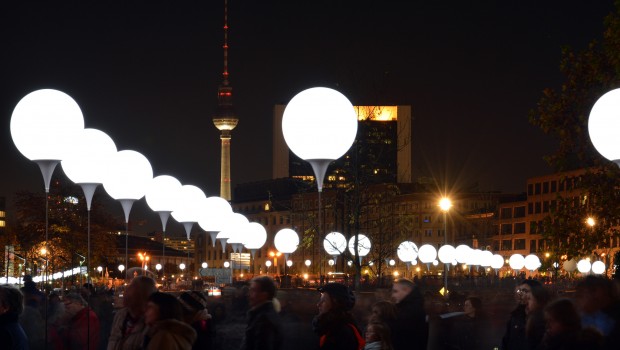 I am 25 years old. The same age as the reunited Germany.

I was born in East Germany, in January 1989, merely 11 months before the Wall came down on the 9th of November 1989. Back in the days, no one could have guessed the big change that was just about to happen.

My mum likes to tell the story of when she first heard about the fall of the Wall. She saw it on TV. She thought it was a joke. She just could not believe it.

Of course, protests all over East Germany had been going on for a few months already. The old one-party soviet system was deadbeat and non-functional, and people could feel it. They had enough.

But seeing a system fail, you grew up to believe to be invincible, is not easy. Furthermore, the fall of the wall did not only mean the end of East Germany, but also the end of the Iron Curtain and the East-West divide that dominated global foreign politics for decades.

The following years brought massive changes and challenges to all the former East-bloc countries. Many struggled to find their place in the new world. By now, some like Poland and the Czech Republic have found it by joining the European Union. Others, like Ukraine, are still facing difficulties.

East Germany had a somewhat more lucky start. After the fall for the wall, East Germany was reunited to the German Federal Republic. It profited enormously from the stability and wealth of West Germany, for example through the national loan-balancing programme. With the reunification, the Eastern part became automatically part of the European Union and had fast and direct access to the European Structural Funds.

Of course, the more than 50 years divide of Germany is not easily overcome. Differences between East and West remain up to today, especially when it comes to employment, salaries and industrialisation. But today, the current heads of state Chancellor Merkel and President Gauck are both East Germans. The Eastern part developed constantly over the past 25 years, and the big majority of former East Germans would now simply call themselves German.

I, for my part, like to say I am European. While my parents never had the chance to travel in their youth and were born, raised and live, up to today, in my hometown, I left. Thanks to the EU non-discrimination directive, I had the chance to study in Scotland without additional fees. Thanks to the Erasmus programme, I could go on and do my masters in France, where I received an Erasmus grant. And thanks to the principle of free movement of people, I now work and live in Belgium.

Luckily, today, Europe is no longer divided. The fall of the wall is just one example of how much better life gets without borders. The European project is the idea of the abolition of frontiers, the idea of a united, democratic and free continent. And even though today, we take these achievements for granted, let us not forget that only 25 years ago, this was merely a dream for many Europeans.