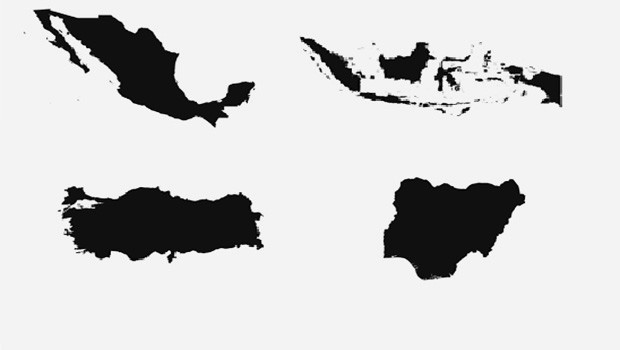 Published on April 10th, 2015 | by Pierfrancesco GENNARO | Credit: The Guardian

The world economy is constantly and rapidly changing. That is why keeping up with its pace can be quite a challenge. Nevertheless, there is one acronym that most people know, whether they have studied economics or not: the BRICs.

This acronym was first coined by British economist Jim O’Neill at the beginning of the third Millennium. It stands for Brazil, Russia, India and China, that were at the time four emerging countries expected to experience an incredible growth of their GDP and consequently to become one of the global economy’s giants.

And, indeed, 15 years later, the BRICs can no longer be seen as emerging countries, but as big players in the world economy.

Then, who will be the next BRICs?

There are a few candidates, all bearing catchy acronyms, from KUTE (Kenya, Uganda, Tanzania and Ethiopia) to EAGLEs (Emerging and Growth Leading Economies).

According to O’Neill, four countries will be the next economic powerhouses: the MINTs.

This term refers to Mexico, Indonesia, Nigeria and Turkey. They share a few key elements such as a young and growing population, strategic geographical locations, and commodity production (excluding Turkey).

Let’s take a closer look at them.

Mexico is increasingly “the” Latin American market that investors like the most, even more than Brazil. The Mexican market (compared to the Brazilian one), thanks to the recent economic reforms undergone by President Peña Nieto, is less State-controlled and more open. This has attracted an unprecedented number of foreign investments into the country.

Nigeria, after having recently rebased its gross domestic product, has become the biggest economy of the continent, bigger even than South Africa. Many Nigerian sectors are on the rise and, just to mention one, its cinema industry (known as Nollywood) is the second largest film-industry in the world, grossing a total of 1,2 billion US$ per year.

Indonesia is a real Asian hub. It lays within the most populated area in the world and is the third most populated democracy in the world. Its urbanization is rapid and its capital Jakarta is home to 28 million inhabitants, exponentially increasing possibilities of growth and success.

Turkey is a newly industrialised country. Its economy expanded by 9.2% in 2010, and by 8.5% in 2011, thus standing out as the fastest growing economy in Europe. Moreover, its budget deficit has decreased from more than 10% to less than 3%, meeting one of the Maastricht criteria that some European countries fail to reach.

What is common to all MINT members is their strategic location, which will positively impact international trade: Indonesia is at the heart of South-East Asia, Mexico shares a 3000km border with the USA, Turkey’s strength can be seen in the combination of Eastern and Western attributes. Nigeria benefits from the harbour of Lagos, the biggest city on the African continent, with 21 million people in 2012, making it Africa’s ultimate star (to borrow a term from Nollywood).

Challenges are numerous but the potential is huge. If, in the near future, the MINTs meet the expected forecasts, just like the BRICs did, the question will thus be: who will be the next MINTs?

Picture taken from The Guardian