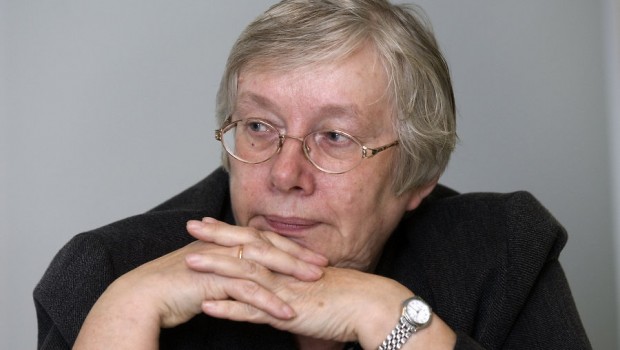 From professor to politician, Marju Lauristin’s academic and political career back in her country Estonia and in Brussels is marked by her interest on how immigration enriches Europe. UNITEE interviewed the Estonian MEP from the S&D Group in the European Parliament on her views on migrant integration and diversity in Europe.

As a professor and a former national politician back in Estonia, what motivated you to go into European politics?

It was a matter of interest because as a researcher, I have done many studies on the European public sphere and the East-West divide in Europe. I thought it would also be quite interesting to see European politics from the inside, as well as to contribute in closing the gap between East and West.

Immigration and a New European workforce can have a considerably positive effect on the performance of businesses. Do you think Europe is fully utilising these potentials? If no, why? If so, how could we take it a step further?

Europe has always been the patchwork of different cultures. It is very much international and multicultural, but there are mixed attitudes towards immigration. In the UK and in some other countries, there is growing animosity: people are afraid.

In the Committee on Civil Liberties, Justice and Home Affairs and in the new Parliament, we should concretely explain the benefits of immigration in order to get rid of existing prejudices and fears among the European population.

Having a multicultural environment with different understandings, different meanings leads to a much more innovative society. Universities and in businesses are increasingly diverse and benefit from this multiculturalism.

Immigration is very enriching for Europe, especially when it comes to bringing in young talent. Young people from other countries bring with them creativity and different perspectives to work and business. In Estonia, we have very few of them. We want to have a more internationalised academic sector where we are more open to international students and hope that some of them will remain and work in the country.

What has been implemented in your country, especially with Tallinn being one of the pioneers of ethnic diversity and inclusion in the Union, with regards to the integration of New Europeans? What are some of the core “good practices”, which you believe could be adapted at the European level?

In Estonia, we have special programmes that I personally contributed to as an expert. These programmes aim at making our country more attractive to young people from outside with different qualifications and who are interested in business.

In Tallinn, as well as in Tartu, we now have international schools where both Estonian and non-Estonian children can get an international baccalaureate. We are also trying to provide a friendly environment for young migrants by, for example, having international clubs and organising different socio-cultural activities where they can learn more about the country and its people, such as the annual Estonian Song Festival, one of the largest choral events in the world.

We have also been working on creating a Digital Estonia, e-Estonia. Through the Internet, websites and social media, we believe that we can showcase and open up Estonian culture, traditions, history, and everyday life to people from other countries. It has yet to be completed but we are working on it.

There are still many obstacles to these initiatives. Estonia is not necessarily an attractive destination when compared to Western or Southern European countries. Also, we still have to work on our cultural environment, how we open up our culture and society to people who are coming from different cultures.

Euroscepticism and anti-immigration parties are rising in several European countries. How can we prevent the rise of xenophobia and Euroscepticism?

Unfortunately, like viruses in our bodies, xenophobia is something which is always present within the European population. After decades of change in Europe, some xenophobic attitudes remain. The question is: are they visible, accepted publicly, or used as a kind of political asset?

The once immigrant-friendly countries in Europe are now the breeding grounds for emerging parties with a rather xenophobic agenda. This is very unfortunate. These parties are using this xenophobic virus in order to have emotional, propagandistic appeal for their so-called ‘identity politics’. The way these parties’ sentiments spread is like a disease. When people have troubles, say the crisis in Europe, it is much easier to have a scapegoat for their problems and blame others. A popular view is that once immigrants leave the country, their economy will improve.

There is an urgent need for more intercultural learning between locals and people who are coming in. If you want to be part of the country, then you should learn about its people, their history, problems, attitudes, make an effort to learn their language and so on. Without these, you will always be an outsider. The locality in turn should provide them with acceptance and contribute to a harmonious environment.

Europe needs a new immigration policy. How do we open up more legal channels for immigrants? Also, education is key in changing mind-sets and values towards immigration. This is a bit tricky to work on at the European level though, since European countries have different education systems.

How can politicians increase awareness on the benefits of diversity among citizens?

Many politicians already promote diversity, but there are also politicians who do the exact opposite. It is very much a problem of practice, visibility and creativity: it is not enough to talk.

It is very important to have art, to have films, to have all kinds of emotional experiences in order to understand diversity. Communicating through these means can be useful for politicians.

For example, we have an annual international festival in Estonia where we feature so-called anthropological films made by mostly young film makers from around the world. Through these films, discussions can be initiated. People start to imagine how others in the world are living, what their habits are, what problems they are currently facing and so on. This emotional experience makes it much easier to talk to citizens about the benefits of diversity.