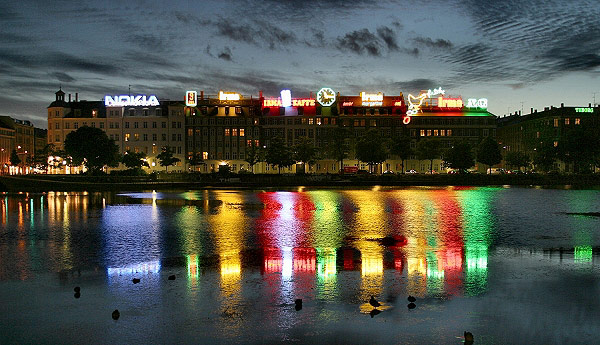 Imagine spending your time in an oppressive, dark space or instead enjoying the amazing light of a luxurious open space. What would you choose?

Like it or not, architecture affects us all. It has a great impact on our life, defining the environment around us. The design of the office building where we work, the urban layout of the neighbourhood we come back to, the organisation of the space inside our house and the view we have from it, the design of the park where our kids run on Sundays; all this can make us free to act and move, inspire or oppress us, influence our mood, stimulate our sense of belonging. Indeed, we have a huge power: the power to imagine a better future and to choose how to get there.

Architecture, furthermore, consists of a choice that involves losing one aspect in return for gaining another one. Scarce resources have to be invested in one solution instead of another, and for this reason it is necessary to evaluate priorities and options in order to choose the most suitable solution.

The point is, different stakeholders give a different weight to the same design solution, according to their ideas and values. Everyone is affected and at the same time contributes to the success of a project talking about it, criticizing it, persuading people about it, giving feedback. And evaluation becomes tougher and tougher as we reach for sensitive topics like multiculturalism and diversity.

Looking at cities, diversity ranges from the appealing richness of Silicon Valley’s GooglePlex and creative class to the ethnic enclaves and riots in French banlieues. Multiculturalism and diversity rest on the theory that difference and variety may be both valuable and problematic. Diversity is, one way or another, the new hot topic of contemporary cities. Architecture has been moving away from the orthodoxy and segregation of homogeneous districts to meet new needs and turn diversity into new opportunities. But why is diversity so important for contemporary cities?

Increased economic interdependence has set the stage for the growing mobility of highly-skilled labour in the global economy. Highly-skilled labour migration is a key global-urban process which creates, maintains and transforms urban areas and, therefore, provides an alternative interpretation of global cities. The presence of skilled human capital fosters innovation and generates greater economic activity.

Within this context Richard Florida’s work on the creative class highlight the benefits of diversity. “Diversity attracts human capital, encourages innovation, and ensures fairness and equal access to a variety of groups. The competitive advantage of cities, and thus the most promising approach to attaining economic success, lies in enhancing diversity within the society, economic base, and built environment. Diversity and creativity work together to power innovation and economic growth”.

Nevertheless, while the creative class favours openness and diversity, to some degree it is a diversity of élites, limited to highly educated, creative people, demanding the most advanced, utterly innovative design and urban solutions. A lot of attention has been given to New York’s High Line Park, Brooklyn’s Bridge Park or Seoul’s Prada Transformer. But what happens when architecture is asked to intervene on more sensitive spots? Let us look at two projects that really improved their cities.

One of Copenhagen’s most disadvantaged neighbourhoods (with a high crime rate and the biggest riots in Denmark) is Nørrebro. In 2004, the public-private partnership between the Copenhagen City Council, real-estate businesses and Realdania, a private fund, started a regeneration process. The neighbourhood’s old houses have been refurbished with a participatory process that involves part of the population, but there is an even more colourful and “famous” part of the project: a public space connecting the whole area.

The designers divided the area of the former railway line “SuperKilen” (Big Wedge) into three zones: the Red Square, the Black Market and the Green Park; a modern urban space with cultural and sport facilities, a marketplace and a park for sports, picnics and walks. The heterogeneity of the local population (counting 57 nationalities) is represented by a collection of urban furniture from all around the world, crossing the whole site like “a sort of surrealist collection of global urban diversity that in fact reflects the true nature of the local neighbourhood”, according to the designers. Public meetings held during the conception process together with a ‘suggestion box’ allowed locals to submit their ideas for the urban proposal (for instance expanding the green section due to community demand).

Another interesting example is the Eco-boulevard in Madrid’s Vallecas district. This urban planning project, designed by Ecosistema Urbano, is part of an ambitious enlargement operation. The boulevard is lined by blocks of social housing, with almost no commercial space on ground floor. The urban recycling operation inserts three large cylinders called “air tree-social dynamiser” over an existing urbanization area. The cylinders serve as catalysts of public life, thereby improving the generally poor quality of public space with two main objectives: a social one, aiming at generating activity and integration for the multicultural inhabitants of the neighbourhood, and an environmental one, the bio-climatic adaptation of an outdoor space, achieved with a system of passive air conditioning based on evapo-transpiration. Each tree is meant to facilitate a series of leisure and recreation activities. The objective is to make up for the serious deficiencies of certain forms of uncontrolled planning. According to the designers, “public spaces belong to everyone and they should act as supports for a number of activities and events, beyond what can be planned, spaces where citizens can act in freedom and spontaneously”. Easy to take apart and moved about, these objects can be put up wherever a regeneration of urban activity is in order.

But how can we evaluate these projects? Under the cultural economic framing, evaluation depends on stakeholders’ goals and targets, where both tangible and intangible feature are inputs, contributions to their values. According to architectural historian Joseph Rijkwert, the city is a human construction. Evidence and main token of this process is the physical structure of the city: Manhattan’s skyline and skyscrapers for instance not only express and embody the power and success of their builders, but they gather the energy and initiative spirit that fed the American dream.

Even if no city will ever be exactly how we desire it, nevertheless the way it appears, the way it works and the way we can or cannot live it are determined by people like you and me: no matter how small and irrelevant our actions can appear – adding a fence to my garden or choosing who to vote for on the administrative level – all of them add up to the mosaic of forces that compose the physical form of the city.

All this points to one general truth: the success of a city cannot be measured in terms of mere financial growth or according to the market shares it was able to gain, neither it can be according to the role it assumed within the globalization process. It depends indeed on the intrinsic force of its urban texture and on the power of this texture to let the social forces shape the life of their inhabitants. A city is never completely passive: there is a constant interaction between society and urban texture.

Enlargement
After the fall of the Berlin Wall in 1989, enlargement was made a core EU priority. As of 2014, the EU is now composed of 28 Member States after seven successful rounds of enlargement. Five candidate countries have yet to become members: Iceland, Macedonia, Montenegro, Serbia and Turkey.
New European (Parliamentary calendar)
The annual calendar of the European Parliament, where you can find all the voting sessions and various meetings the Members of the European Parliament must attend. Click here to have a look at the 2013 calendar.
New European (New Europeans)
People with a migrant background, who live and work in a European country and, in most cases, do not intend to go back to their country of origin. Their future is, rather, in Europe
Multiculturalism
Describes a community made of multiple cultures. It can refer to the cultural diversity in the demography of a certain place or organization, e.g. schools, businesses, neighbourhoods, cities, or nations, or to ideologies or policies that promote diversity.
UNITEE
UNITEE represents entrepreneurs and business professionals with a migrant background, most of them of Turkish descent, and whom we refer to as ‘New Europeans’. http://www.unitee.eu/