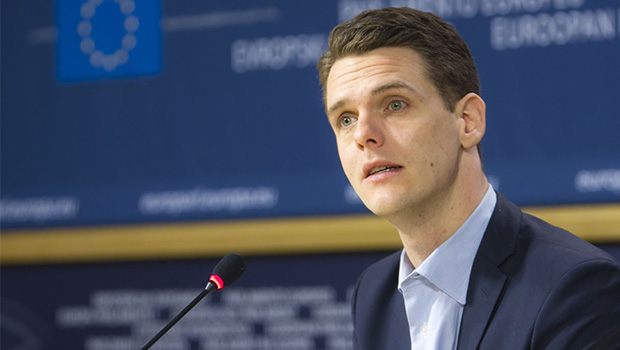 Swedish MEP Christofer Fjellner (EPP Group) is currently living his 11th year in the European Parliament and, even at his young age, knows very well how the institution works.

He is a member of the Committee on International Trade; that is why we asked him to share with us his views on Free Trade Agreements (FTA) and on the role of the EP on internationalisation of SME’s.
We started directly with the hot topic of the moment: TTIP.

What is your position on TTIP and FTA in general?

I am a supporter of TTIP yet we need to make the TTIP as more comprehensive as possible, for only in this way it will bring great opportunities to EU companies. I currently cannot see any other initiative in the EU with the potential for jobs and growth as the TTIP has.

In times of crisis the best option is to open market to the world because a closeness in commerce could deepen the bad outcomes of instable economic. All societies during crisis have a tendency to close themselves when in facts, as shown by empirical and historical evidence, FTAs help recover economies.

And honestly, I do not think there is a majority of European citizens opposing the FTA we are concluding with the USA.

What about the European Citizens’ Initiative against TTIP? Is this not representative of Europeans’ will?

It is true that the Initiative has almost reached the required threshold. My question is, are 2 million people representative of the whole European population? Out of 500 million inhabitants it seems pretty poor to me. That is why I trust the Eurobarometer more if I want to measure the mood of general public. I believe that the opposition comes from a small, vocal and well organised interest group. The opposition we see now is more ideological rather than factual and again, any deal containing the three letters U, S, and A has had a smooth ride to the European Parliament.

Also, if we look at the amendments proposed by the EP, all of them are focused on what we do not want the TTIP to be, whether in other deals we concentrate more on what we do want in a deal. Why is this the case?

I believe Europe has a complex, a low self-esteem towards the USA. We assume that dealing with the USA automatically results in Europe losing. Of course there are some differences in terms of regulations when comparing the EU and the USA, but they are still the country in the world that is the closest to us; then, how can we deal with the rest of the world if we cannot deal with our “neighbours”?

As you said, the USA are the closest partners the EU probably has in the world in terms of economic compatibility, yet their influence is much higher than the European one. Said this, do you believe that the signing of TTIP will secure European interests?

The EU is bigger than the USA in terms of economy and population; we are decreasing faster than them, that is true but we are still bigger. In my opinion, the reason behind this has to be found in their attitude rather than in the demographic and economic indicators; we are weak because we are hesitant and reluctant in negotiating with others, we lack attitude. If we ended up concluding the TTIP with the USA, given the fact that these are by far the two biggest economies in the globe, the deal could lead to world standards everyone would look upon; it could have an even greater reach than we expect.

If one of the problems is lack of attitude, do you think that a Federal Europe can be the solution?

If you had asked me the same question 10 years ago, I would have probably said yes. Nowadays I am starting to re-evaluate that. In terms of laws on commerce, we work more as a federal state than the USA, for the Commission has the effective power to force the member States to adopt specific laws of commercial policy, something that in the USA is not managed by the Federal State. So from a commercial perspective, I do not see that need to evolve into the United States of Europe.

To change topic, which are the obstacles SMEs and entrepreneurs find when they want to go international and venture into new markets?

First of all, our own mental barriers play a great role in preventing us from going international; we feel more comfortable in doing business next door, as we believe we know how everything works. It is indeed tricky venturing into new business environments, yet it is not as tricky as others describe.

People should conquer their own barriers and start go international, but it is at this point that the second obstacle, more structured and more difficult to overcome, gets in the game: tight regulatory barriers. For those, it is the commercial authority that has to take actions.

In your opinion, what should the European Parliament do to help SMEs go international?

In my opinion, the most important thing the EP should do is coming up with ambitious FTAs in order to encourage SMEs to go international; big companies can easily navigate through different sets of rules and can easily overcome them, but small and medium companies are hampered by regulation technicalities and most of the time are scared by their complexity, and this generates a decrease in their competitiveness worldwide. Facilitate the regulatory burden should be goal number one here in Brussels.

As a successful entrepreneur, do you have any advice for people who are willing to become entrepreneurs?

Fail is part of the learning process in doing business and it is sometimes necessary to get to the highest point. To give you an example, I have started three companies
In Europe we tend to look at those who failed in a very judgmental way, and this has to be changed too. 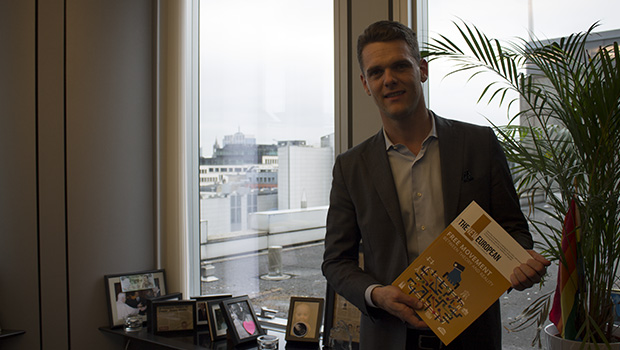 MEP Christofer Fjellner with the fourth issue of our magazine, “The New European”