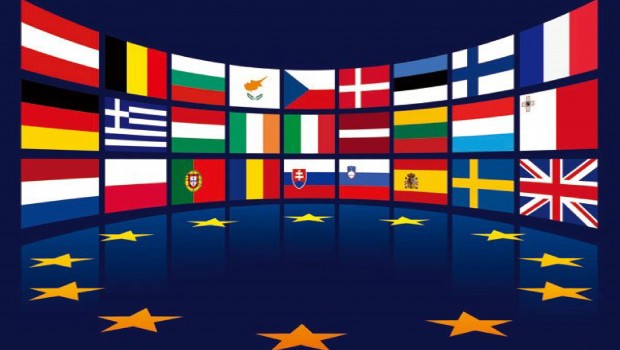 30 years after the creation of the Schengen Area, it is the right time to assess its achievement and added-value. This area having more than 8 000 km of land borders and more than 40 000 km of sea borders is one of the most important acquis of the European Union. Recently, many EU citizens talked about Schengen Area as a region in trouble. This feeling is strongly associated to the influx of migrants, terrorist attacks (security) and economic crisis nevertheless it is important not to link topics that are not directly related.

The origin of Schengen started with a deal between France and Germany in 1984 to allow people to go from one country to the other. Very quickly Benelux countries (Belgium, The Netherlands and Luxembourg) joined the agreement.

Schengen is a small wine-making village in far south-eastern Luxembourg , where the first agreement was signed and the meeting point of German, French, and Luxembourg borders. No one had expected that the name of this village would be given to one of the most important agreements of the European Union: ‘the Schengen Agreement’

The first text was signed on 14th June 1985. However, the agreement only came into force 10 years later over one night. On 26th March 1995, people could legally cross borders by cars or planes without any controls.

Since the beginning, Schengen Area tackled many challenges. Today, the Schengen Area is facing new types of crises that could be turned into opportunities and further development.

Challenges started with the enlargement process of the Schengen Area and the regulations were revised for specific cases based on country demands. The first adaptation of rules came when Greece asked to join. It was essential to reinforce regulations due to no land borders between current Schengen Members and the new country. Then, new challenges also emanated with the demand of the Nordic Alliance to take part in Schengen, where Norway (2001) and Iceland (2001) did not belong to the EU. Schengen members decided that non-EU countries could take part in the decision shaping but not in the decision making. The condition was also similar for Switzerland (2008) and Lichtenstein (2011). The reverse situation also appeared to be a challenge when The United Kingdom and Ireland which were in the EU did not want to benefit from the Schengen Agreement.

Today, Schengen Area is based on 3 main principles:

A current worry is the possible relationships between the Schengen Agreement and the reallocation of migrants. Indeed, in theory, Schengen members should follow rules based on the Dublin Regulation, which specifies that migrants should be registered in the first country of entry in the EU. This convention, however, puts a big burden on Southern European States such as Italy and Greece. In 2015, thanks to Schengen Free movement, most migrants moved to countries which were known for their eased asylum requirements (Germany and Sweden). An agreement of shared responsibility for refugee reallocation was signed in September 2015 in order to better tackle this new crisis.

Migration influx is one of the biggest challenges Schengen members have to deal with, but destroying Schengen Area will not dissuade asylum seekers to cross borders (the “Jungle in Calais” and the UK).

Pro-Schengen experts emphasize that there is more security without internal borders than with them. Indeed, border controls are not a solution to fight terrorism and international crimes. The diversification of police checks and mobile patrols are more effective for that because wanted people are not expecting to be checked inside a country.

Soon after the creation of the Schengen Area, there was the creation of Schengen Information System (SIS), this system allows national police station to access a shared database of wanted people or stolen objects. National police have, now, the right to chase suspected criminals across borders and exchange information between intelligence services. Schengen took also part in the creation of a European legal framework for air passenger data exchanges (E-PNR).

In addition of the SIS and E-PNR, they established Europol in 1999. It is a law enforcement agency that handles criminal intelligence and combats serious international organised crimes for the benefits of all EU citizens. Europol’s main concerns are terrorism, cybercrimes and trafficking in human beings.

Today main security worry is the threat of terrorism. The dismantlement of the Schengen Area is not a long-term solution to eliminate this threat because most of potential terrorists are inside EU borders. Even if some of the terrorists are formed in regions occupied by ISIS in the Middle East and come back to EU, they should be controlled at their entrance in the EU. Once in the Schengen Area, it is difficult to track them even if police know that there are potential threats for EU countries.

Thus, the most important would be to improve cooperation with third countries where potential terrorists are likely to go through (Turkey and North Africa) in order to tackle the problem at the start and also to emphasize controls at external EU borders. This increased cooperation will improve the overall European citizens’ safety against selfish and ineffective protection of national borders.

The added value of Schengen is also counted in terms of economic profit. Schengen permits free movements of persons and goods which ease trade within the EU, boost tourism and facilitate exchanges.

First, since transporters do not have to waste time at borders, trade in goods and services between any Schengen members is more effective. Indeed, time is money. This increased in productivity amplify the demand for foreign goods, improve awareness of low cost producers abroad and lower the risk of international trade.

Second, closing internal borders and removing free exchange will negatively impact economic profits and benefits. On a daily basis, more than 700 000 people cross Schengen borders to work, study or visit relatives. In Luxembourg alone, more than 40% of the labour force (150 000 persons) commute every day from Belgium, France or Germany. The interconnection and exchanges between countries allow regions to benefit from labour market diversity and an eased transfer of knowledge. Exchange of ideas favour innovation diffusions and economic growth.

A single visa for 26 EU countries also attracts tourists. In France, tourism sector accounts for 2 million jobs and 7% of economic activity. Foreigners come to the EU because they know that they are able to visit more than one country with a single visa. This access boosts touristic activities, profits for hotel and restaurants.

Last but not least, the spirit of Schengen Area, a spirit of cooperation and mutual trust is very important. Resources should be better allocated to grant financial and legal assets to police in order to combat threats more effectively while benefiting from diversity and economic performances. Schengen results should encourage a greater freedom in an increased security. Moreover, Schengen Area is the most visible manifestation of European unity and to dismantle it will negatively affect European image.