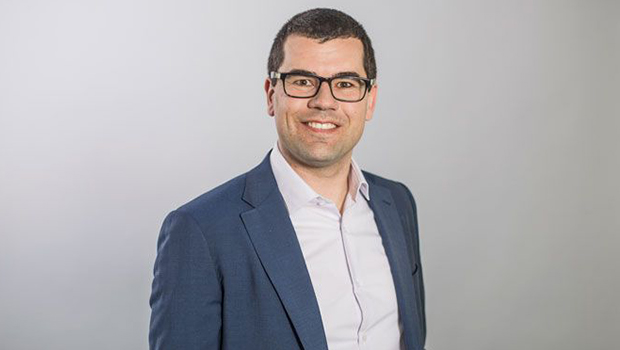 Before he entered the European Parliament in October 2014 to fill the chair of Johann Van Overtveldt who had been appointed as Belgian Finance Minister, Sander Loones was involved in national politics. In addition to being a lawyer specialised in migration, he was very involved in the formation of the last governments in Belgium, both Federal and Flemish.

As an MEP and wishing to follow his predecessor’s footsteps, Mr Loones became a member of the Economic and Monetary Affairs Committee of which he is also one of the Vice Chairs.

In last June, you personally hosted a UNITEE event at the European Parliament, the ‘2015 New European Awards’. Why did you accept to host this ceremony?

The reason why I was particularly honoured to host the ceremony is the fact that it served as recognition of several important issues such as entrepreneurship. The European Union needs people who are innovative, people who take risks, work hard, and stand as role models.

In the end, I think it was a very nice event, wonderfully organised, with great nominees and winners.

In the United States, a lot of successful companies were founded by migrants. How important are the New European entrepreneurs to the European Union?

I believe that the first way to look at migrant entrepreneurs is to look at them as entrepreneurs, no matter where they come from, because they are people who are not afraid of taking risks, who dare to create jobs, to put themselves on the line.

Second of all, there are a lot of hard working people in Europe, especially among the migrant community. New Europeans are people who are not afraid to work, not afraid of the challenge and who show the will to hire people.

Typically, in Belgium, we see a lot of migrants starting small businesses, especially in the catering and food industry. But the sector in which you see the most the added value of migrants is the industry of services. The perfect example is the one of Murat Kiran who won the Award of “2015 most successful New European entrepreneur”. He only started with a small IT business in the Netherlands. Now, he has more than 2,000 employees and he is constantly expanding his activities.

The European institutions should really focus more and more on entrepreneurship. The line of the new Commission is to be “big on big things and small on small things”. Entrepreneurship is one of the biggest things for Europe because it is what creates its growth and what makes it competitive on the global market. Europe needs to take into account the economic, cultural and political factors to create a policy that eradicates everything that keeps people from becoming entrepreneurs. At the European Parliament, we often put the accent on “cutting the red tape” and transforming it into a red carpet for entrepreneurs.

When it comes to migration, what differentiates us from the United States is the fact that we have a very generous – and luckily so – welfare system. But we have to make sure that migrants see our social security system as a trampoline rather than as a safety net. Its purpose must be to push people back up, and not to be a trap. The money people get from it must be an asset and encourage them to get involved and more active in the economic system. European citizens should especially be aware of the fact that there is a global competition of talent. And if we fail in activating people who are attracted by our advantageous social welfare system, there will be no winning way for Europe in that competition.

Changing regulations is not the only way of tackling the issue of integrating New Europeans to society. What can be done on a social level to help migrant entrepreneurs to be better integrated?

It is true that in Europe, we push very strongly on the integration issue. We ask those who come live here to instantly become part of our society. But it has never meant for them to leave their identity and their culture at the border.

I prefer the idea of a layered identity because I know that people can feel they have several different identities at the same time. I personally feel connected to my hometown but I also feel Flemish and European at the same time.

The effort also has to come from the European citizens who have to recognise how hard things are for migrants. They have to overcome so many challenges. I can only hope that the pressure that is put on migrants will not lead them to present themselves as victims. That would be a shame.

In the end, everybody must accept to make an effort. If a tree falls down and blocks the way, you can either stand there and wait for the government to toe it away, or we can all do the work ourselves and clear the road to make sure our society can advance.