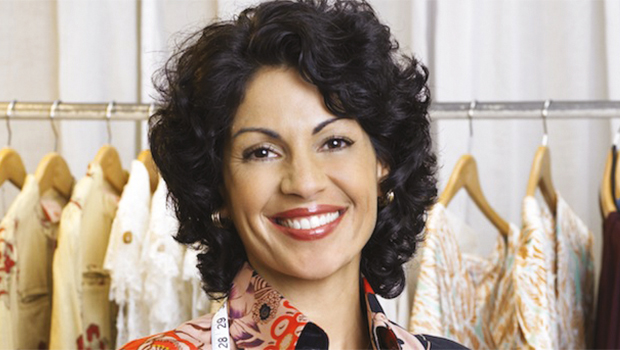 New European entrepreneurs are an increasingly important feature of the European economy: their distinctive role is not only to create jobs, but also to help the development and integration of disadvantaged communities that would otherwise kept at the margins of society. Nevertheless, New European entrepreneurs also experience specific challenges, which makes it somewhat more difficult for their businesses to be sustainable and grow. The New European talked to Monder Ram, Director of the Centre for Research on Ethnic Minority Entrepreneurship (CREME), Birmingham University, to understand more about such an important subject.

Surveys all around Europe show that migrants are generally more entrepreneurial than natives. What are the reasons behind such a superior rate of entrepreneurship?

In general the observation is correct: migrants, when they move to different European countries, do generally tend to represent a higher rate of self-employment than the indigenous community. Nevertheless, there is not a single reason for that. Some people believe that is based in the blood: migrant communities have always been ‘natural entrepreneurs’. Such a view is partial, not wholly accurate: I think that some communities have a long-standing experience of founding businesses and so they use the resources they have accumulated to found businesses when they move abroad. That is undoubtedly true. But also, sometimes the higher rate of unemployment is such that they can’t get a job anywhere else, so they resort to self-employment, as a consequence of a lack of opportunity rather than of a positive choice.

To summarise, the tendency to become entrepreneurs very much depends on communities, track records, history and the circumstances pushing people to move from one country to the other, together with their own aspirations. Also, we have to look at the opportunity structure. The level of self-employment, the pattern of high minority representation within entrepreneurship is best explained by taking a lot of different factors into account.

Can entrepreneurship be a way for disadvantaged ethnic groups to advance socially and economically?

For some communities, entrepreneurship has indeed been quite a fruitful road to achieve social mobility: in the UK for example, part of the South Asian community has done pretty well in self-employment. Again, one needs to look at the picture in context: for many groups, starting a business is a way of getting by, it is not primarily seen as a way of acquiring vast richness or a social status. If you look at the pattern of self-employment among ethnic minority communities, you’ll notice most of them are active in the so-called ‘low-value sectors’, such as retail or catering. Those might provide individuals with a living, but are not very promising in terms of enhancing social mobility to a very significant extent.

According to your experience, what are the most relevant challenges ethnic minority entrepreneurs find when establishing or growing their business?

There are challenges evident into three main areas. The first one is the kind of businesses many migrant communities gravitate towards. As already mentioned above, they are low-value sectors. They might be easy to get into, but they are usually competitive, so the prospect of survival and growth is small and they can only survive through self-exploitation and paying low wages.

A second big challenge ethnic minority entrepreneurs usually face is access to finance. The reason is they usually have have poor relationships with the banks and alternative finance providers; so, they tend to rely on informal family- or community-based resources, which again means they may have enough funding to start a business, but not to grow it significantly.

The third and final challenge is the fact that managing a business usually requires a high level of skills, and sometimes migrants are either lacking those skills or their qualifications are not recognised by employers.

The UK and more in general the EU are in desperate need of competitive, innovative business ideas. To what extent does and can ethnic entrepreneurship provide that?

In the UK there was some research recently looking at foreign-owned businesses and migrants who set up their business in the UK. What they did was study what academics rarely study: businesses between 2 million and 20 million turnover, quite significant sized. They found that migrants were almost twice as likely to start a business as the host population and tended to be more innovative. Furthermore, ethnic minority businesses were more likely to be owned by women and to employ them. Migrant businesses were found to be active in a range of different sectors, such as pharmaceuticals and construction rather than the financial sector. In terms of competitiveness, it is increasingly relevant, if this research is correct.

But I think there is something more to consider when we talk about innovation and competitiveness. Many of the smaller businesses that we traditionally see play an important social role as well: they support local communities, they provide employment for really disadvantaged people, they are the way migrants get to know what is going on in their locality, and they are a way of actually promoting integration. I think that when we look at innovation, we talk about competitiveness, but we also think about social innovation. I think that the contributions migrant entrepreneurs make to their communities in difficult circumstances can be seen in that positive light too.

Are European governments dealing correctly with offering ethnic entrepreneurs the right tools and possibilities to thrive? It not, what more should be done?

If I look at the UK there is a number of measures that should be taken. The most relevant example regards the introduction of visas making it easier to attract foreign entrepreneurs: that is something that could be easily done.

Another thing we are very keen on is that there should be initiatives concerning the mentoring of potential entrepreneurs among disadvantaged communities. That is very important, and I do not think there is enough attention dedicated to the issue in Europe. There is a lot more that can be done.

The original version of this interview has been published on Issue 5 of The New European magazine, The New Pioneers. You can download it for free here.

New European (Parliamentary calendar)
The annual calendar of the European Parliament, where you can find all the voting sessions and various meetings the Members of the European Parliament must attend. Click here to have a look at the 2013 calendar.
New European (New Europeans)
People with a migrant background, who live and work in a European country and, in most cases, do not intend to go back to their country of origin. Their future is, rather, in Europe
Entrepreneurship (Entrepreneur)
A person who operates a business and takes on many risks to do so. Entrepreneurs are also innovators, coming up with new ideas and interesting solutions. New companies create more than 4 million new jobs in Europe every year.