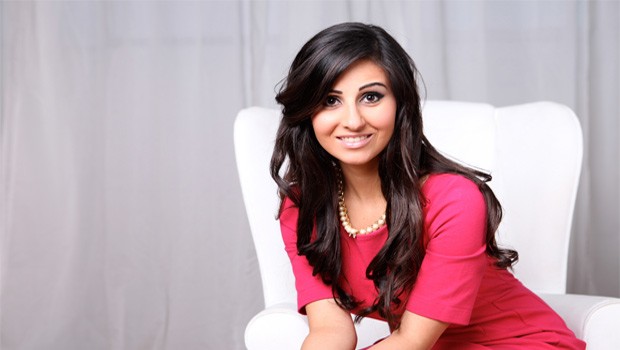 Melody Hossaini is a multi-award winning businesswoman and a pioneer in the youth sector and in social entrepreneurship in the United Kingdom. She is a great example of the added value of New Europeans to our society. Here is her story:

Born in Iran during the First Persian Gulf War, she lived in Turkey and Sweden before settling in the UK. Thanks to these experiences, she is able to speak Farsi, Swedish, English, German and French. She holds a 2:1 LLB Honours Law degree from Oxford Brookes University.

Her first steps in entrepreneurship were at the age of 13, when she became a co-founder of a leading democratic youth organisation. It is worth to mention that all this happened when she was not even able to speak English fully. In 2005, she made history by becoming the first female (and at the same time part of an ethnic minority) to be elected Chair of its Board of Trustees.

In 2009, Melody set up the social enterprise InspirEngage International, with £0 and a hotmail email account. The main objective was to support young people and vulnerable women to develop the essential skills in order to be successful by giving back to people and society. Melody has designed the ‘InspirEngage Bootcamps’ that enables individuals to be confident, work-ready and socially enterprising. It is delivered worldwide with astounding results as Melody has reached over 1 million young people in over 100 countries.

Today, she is one of the leading figures in the British youth sector but also on the global level, being highly influential in the Middle East as she has launched the first ever female-only vocational training institution in Saudi Arabia.

Melody is now a leading force of pioneering social enterprise in the UK and internationally, having spoken on several platforms including Global Entrepreneurship Summit (GES) in Malaysia in October 2013 on Social Enterprise, as well as TEDx in Kuala Lumpur.

Melody’s work and that of InspirEngage International has been recognised with several prestigious awards, including Woman of the Future Award for voluntary work and Asian Woman of Achievement award as presented by Prince Charles. She is also an ambassador for the Prince’s Trust.

Melody Hossaini’s passions for social justice, young people and enterprise have led her to be an inspiring Role Model for all entrepreneurs.