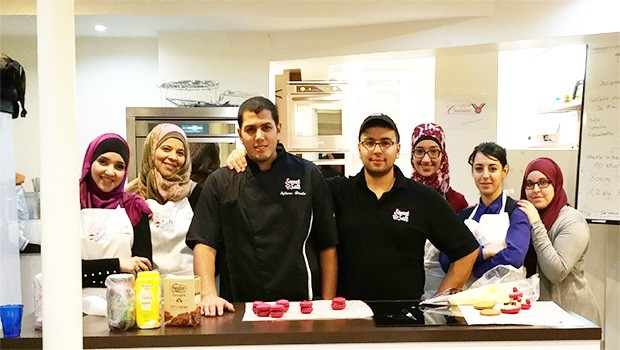 According to Strategy Heaven Agency, one of the founders of the school: “Two factors drove us to create the school. The first one is that we have been regularly organising events in the Halal industry, with workshops animated by a professional Chef. Through these workshops have made us aware of the fact that there was a demand from consumers to learn how to cook traditional French Cuisine. The second reasons is that French professional culinary schools are not open to the Muslim community, as they use a lot of products that are prohibited in the Islamic tradition.”

But like any project, it is difficult to transform the idea into a reality: “We had to think about the school’s strategy, search and recruit Chefs who have a specialty in Halal traditional French Cuisine. The most difficult part was to find funds for the project.”

Today, the school has three programs. The first one is open to all professionals of the culinary industry wishing to specialise themselves in Halal cooking in order to attract a new kind of clientele. The second program is for culinary students training to become Chefs and the final one is open to home cooks. “So far, all the programs have been very successful. However, the pastry class is the most successful. Most of our clients are women. We only have 20% of men participating but it is slowly changing. The school is not only opened to Muslims but to anyone who is looking to learn how to make high quality Halal dishes.”

Encouraged by its success, the school is planning on expending its offers: “Our goal is to become a reference in the French culinary industry and to be able to give to our students State recognised Degrees. We would also like to be a reference in the hotel industry as this sector is linked to the culinary world. Therefore, we would like to become in the future a hotel school, training all the professional bodies of the hotel industry. We are currently looking for sponsors.”

Overall, the school is a great example of multiculturalism and cultural understanding. So if you are interested in attending one of their workshops, do not forget to check out their website: ecolecuisine-halal.com