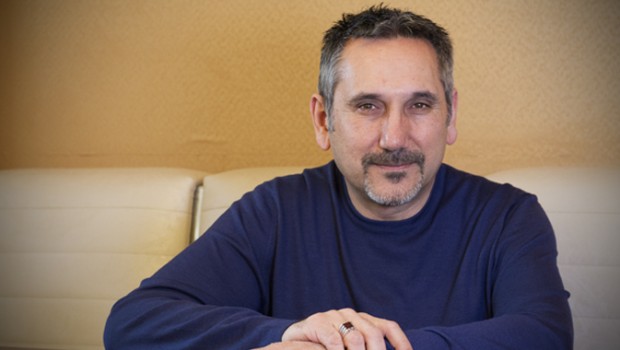 Mehmet Kabakyer is a true all-rounder. He has founded enterprises in both his native country, Turkey, and his new home country, the Netherlands, in different sectors of the economy: from construction to the hotel business.

Since he has lived in the Netherlands for nearly 40 years, Mr Kabakyer has built a life there. However, he used to be accustomed to travelling back and forth between Turkey and the Netherlands because he ran companies in both countries.

After a while, he realised that it could not be done and he decided to focus all his attention on his business in the Netherlands. “I could simply not be everywhere at the same time.”

At the moment Mr Kabakyer is owner of Hotel Port in Rotterdam, but before he took his first steps in the hotel industry, he owned a scaffolding company. For 12 years he managed 150 people while his priority was to create a safe work environment for people working at great heights.

Mr Kabakyer ended up in the hotel industry by chance. Just when he was considering managing a smaller company, he was given a unique opportunity to start a hotel. The entrepreneur who had been operating a hotel from his building went bankrupt and Mr Kabakyer was faced with the choice of either closing or continuing the hotel.

After having carefully considered remodelling the building or finding a new hotel manager, Mr Kabakyer ultimately made the bold choice of giving the hotel a go himself.

Hotel Port welcomes guests from all over the world, most notably businessmen from Germany and Poland but also French, Eastern European and Russian nationals.

The best part about running a hotel is socialising with his guests, Mr Kabakyer reckons. “People can be themselves in this hotel. They are more than just a room number to us.”

Hospitality is the magic word according to Mr Kabakyer. Turkish culture is a big help in this respect: “Making people feel at home is something we learn in our upbringing. And if you also take the wishes of people in Western Europe into consideration, then you can come a long way.”

When asked why he wanted to become an entrepreneur, Mr Kabakyer replies: “I cherish independence. I am a person who wants to be in control of as many things as possible.”

”But proving to be of value and taking responsibility certainly played a role. Responsibility for your family, your environment, your city, but also your country.”

Mr Kabakyer also took a great deal of responsibility when he was chairman of HOGIAF, the biggest federation of Turkish-Dutch entrepreneurs. He held this position for seven years, up until March 2013.

In this period, Mr Kabakyer played an important part in challenging the glass ceiling hindering the advancement of minorities in society. As such, Mr Kabakyer has been praised for his ability to bring people from different backgrounds together and help reduce segregation.

In his free time, Mr Kabakyer is a passionate wheelchair basketball player and an example of someone who does not throw in the towel easily. Despite a restriction in his physical ability, he has become a successful entrepreneur and an active and engaged citizen.

Mr Kabakyer thinks the challenge in starting any business is to rightly implement the plans that you have set out to do: “It is important to look at the things other companies are doing right, but it is even more important to look at what they are doing not so well and to ask yourself: How can I do this in a better way?”

“To have a chance of success, you have to learn from the mistakes of others and turn them to your own advantage in order to make people choose you over others.”

In time Mr Kabakyer hopes to hand over his business to his son who is currently working for the hotel. “A big problem in Western Europe is handing over your company to somebody else. I hope I will not face this problem. It is, however, extremely important to leave the company in a healthy state in order to give it a realistic chance of survival.”

Share the post "“You have to use the challenges of others to your own advantage.” Interview with Mehmet Kabakyer"

Glass ceiling
The invisible barrier that keeps minorities and women from rising to the upper steps of the corporate ladder, in spite of their qualifications or achievements.
Entrepreneur
A person who operates a business and takes on many risks to do so. Entrepreneurs are also innovators, coming up with new ideas and interesting solutions. New companies create more than 4 million new jobs in Europe every year.