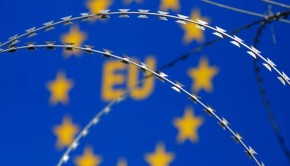 What can Europe do to increase responsibility-sharing among EU Member States?