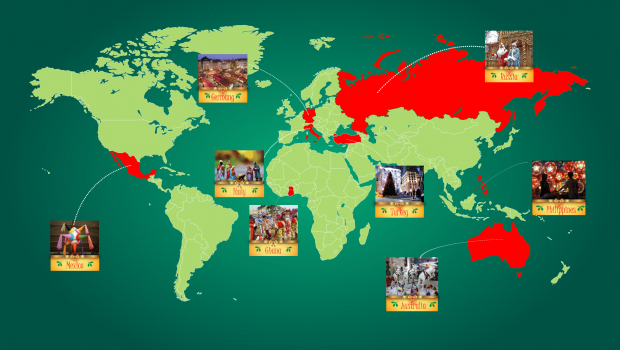 Did you know that Christmas was celebrated on December, 25th only 330 years after Jesus Christ? It was first only celebrated among Christian communities however; it is now famous worldwide. Every country adapts this tradition to its own customs. In this article, various traditions will be presented through eight countries from each continent namely Germany, Italy, Turkey, Ghana, Russia, Philippines, Australia and Mexico.

German Christmas starts with the Advent period. The two main decorations during this period are the Advent calendar and the Advent Crown. In the calendar, there are 24 little boxes with gifts inside that children can open every day. The Advent Crown is made of fir branches and four candles, representing the four seasons.  One candle is lit at the beginning of each Sunday by a family member or the church community. 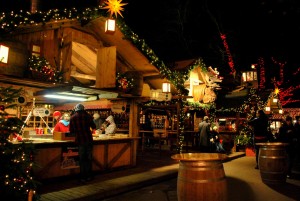 In December, many cities host a Christmas market selling all sorts of Christmas foods and decorations which bring a relaxed and festive atmosphere to the city centre.

Christmas tree is especially important and this tradition is originated from Germany. Inside houses, the evergreen tree is a symbol of eternal life.

The main celebration day is Christmas Eve, December, 24th. Most of the time, the dinner is exceptionally rich with up to twelve dishes which vary from regions to regions. All kids get presents from neighbours and house guests. Sometimes, even pets get a little something to gnaw on. The gifts are under the tree with name stickers on them and after the dinner, children open them. In some families, it is still a custom to sing Christmas songs around the tree before opening up the presents. The presents are seen as a symbol of the gift of God’s grace in Christ.

Christmas services in the church is an opportunity to exchange greetings with neighbours and friends. Some families attend a midnight church service, Christmette, after the evening meal and gift-giving.

One of the most important ways to represent and celebrate Christmas in Italy is through the representation of the native scene in a Crib. Inside the house, Christmas Crib is traditionally put on December, 8th, which is a national public holidays but the figure of baby Jesus is not displayed until the night of December, 24th. 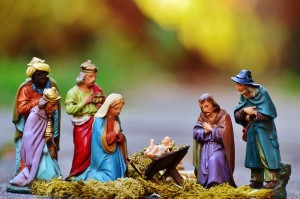 Cribs are especially famous in Naples where they not only display traditional characters but they also include ordinary people and objects. The world record Crib scene is also in Naples and contains more than 600 objects!

On Christmas Eve, the main dishes consist of light fish and seafood. After the dinner, the entire family goes to the Midnight Mass service. When returning from the Mass, people usually enjoy a slice of Italian Christmas Cake and a glass of Prosecco. On December, 25th, families celebrate Christmas around a family lunch.

The exchange of gifts varies from regions to regions. Most of the time, Children receive small gifts on Christmas Day and open them on morning. However, the main presents come on Epiphany. Children believe that an old lady Befana brings presents for them riding skies on broomsticks. Befana brings gifts only to good children, the disturbed ones receive only coal.

Catholics and Jewish are minorities in Turkey where the main religion is Islam. However, cities and biggest shopping malls are decorated with lights and Christmas trees. Turkish avail of these lights to also commemorate the new year. Western mentality has come to Turkey and they exchange gifts on New Year’s Eve. This is also a new business opportunity for shops and restaurants.

Christmas celebrations in Ghana start on December, 20th, until the first week of January with various activities. Ghanaians organize beach parties with good food and sport games. People also travel to visit their relatives and families to different provinces.

There are more than 66 ethnic groups and languages in Ghana and all of them have their own customs and traditions. Each ethnicity sings songs in their own languages to feel closer to God since He speaks their language. 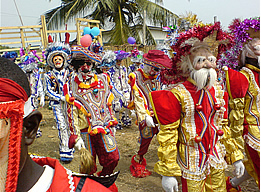 Celebration actually starts on Christmas Eve with Church services, drumming and dancing at night. Children play Nativity scene and adults dance in front of the priest while some choirs are singing for everyone. Sometimes, these services last all night long.

On December, 25th people come to church dressed in colourful traditional clothes. After the service, families quickly go back home to exchange gifts. If there are no presents, the extraordinary family dinner will serve as a gift.

As in some other Eastern Orthodox countries, Russia celebrates Christmas on January, 7th. Unlike many other European countries, Russian Christmas is an important religious event. Russians celebrate the Advent, which is on fixed dates and 40 days long. On Christmas Eve, some people fast until the first star appears in the sky. After the church services, families return to their home for the Holy Supper which consists of 12 meatless dishes to honour each of the 12 Apostles. The main dish is Kutya, a porridge served in one bowl to symbolizes unity. The traditional ingredients are wheat berries, honey and poppy seeds which ensure happiness, success and peace. After the dinner, some families pray and go back to midnight service that may last all night. 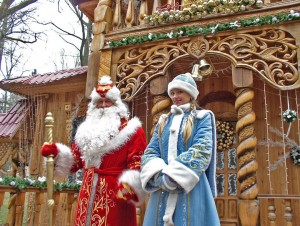 A Christmas ceremony of great importance is the blessing of each individual home by a priest. He sprinkles a bit of Holy Water in each room which brings happiness and fortune. Children also go door to door dressed up as Christmas characters, carrying a star and singing carols called Kolyadka. They receive sweets in exchange of the songs.

On Christmas Eve, Grandfather Frost, Ded Moroz, and his Granddaughter, Snegurochka, bring gifts to children. They look like western Santa Claus except that they wear blue suit. In order to receive gifts, children hold hands and make a circle around the Christmas tree to call for Ded Moroz and Snegurochka.

The Philippines is the Asian country with the largest share of Christian population and Christmas is their most important national holiday. Filipinos like to celebrate Christmas as long as possible. They have received the world distinction of having the longest Christmas period in the world. Christmas carols in shops start as soon as September, 1st. However, the formal Christmas celebration starts on December, 19th with the first of nine early morning masses until the last mass on Christmas Day. Most of the time, celebration continues until the first Sunday of January with the Epiphany festival.

Filipinos Christmas practise is a mix between western and native Filipino traditions. Thus, they have Santa Claus, Christmas tree, cards and carols from western countries, especially from the US but they also have their own Christmas traditions. Their most famous decoration is the parol which is a bamboo frame with a lighted star lantern on it. 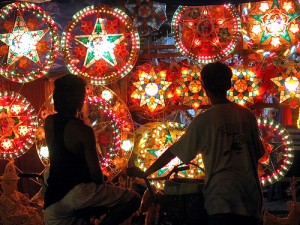 On Christmas Eve, Christians go to church for the midnight mass which is directly followed by the Noche Buena, the midnight feast. It is a big open house celebration with friends, family and neighbours, who use this occasion to wish the best to relatives. The organisation of even a simple gathering is important despite financial difficulties. This custom reflects the importance of family, community and unity in Filipino culture.

Since Australia is in the Southern hemisphere, Christmas happens at the beginning of the summer holidays. Most of Australian traditions are similar to the UK’s ones adapted to summer. 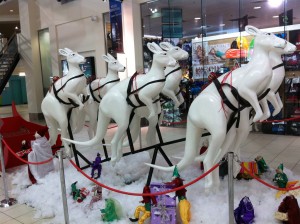 Australians decorate their houses and gardens with Christmas trees and lights. Neighbours sometimes have small competitions to see who has the best light display. They also use bunches of Christmas Bush, a native Australian tree with small green leaves and cream coloured flowers. When Santa Claus arrives in Australia, he rides kangaroos or “six white boomers” and changes his clothes for less “warm” ones.

The main Christmas dish is at lunch time, people eat cold dinner, such as seafood. Families join church organized Christmas picnics on the beach and sing songs. There are also many large carols broadcast across the country, these songs are usually adapted from western songs about snow and winter to Australian weather. Some cities also organise festivals and parades or firework shows.

Christmas celebrations in Mexico start on December, 12th and finish on January, 6th. From December 16th, children perform Posadas, a procession representing the Virgin Mary and Joseph looking for a shelter. Children have candles and a board painted with clay figures of Mary riding on a donkey. They go door to door to ask for a room, if the owner says that he does not have one, children go to the next house. If the owner welcomes them, then there is a party with food, games and fireworks. Each evening a different house holds the Posada Party. Children often play to Piñata which is a papier-mâché jar with seven pikes, representing the capital sins, filled with sweets. Children have to hit the piñata with a headscarf on their eyes until it splits and all the sweets fall on the floor.

On Christmas Eve, children perform one last time Posada, with a manger and shepherds on their board. When they find the right house, they draw a baby Jesus in the manger and families go to Church services. The main meal is during Christmas Eve and after the meal, families go back to midnight service.

Nativity scenes are also famous, elaborate and very large, the figures range from life-size to miniature. In addition of the traditional figurines, they have specific Mexican characters. The baby Jesus is added on Christmas Eve and the Three Wises on Epiphany Day (January, 6th).