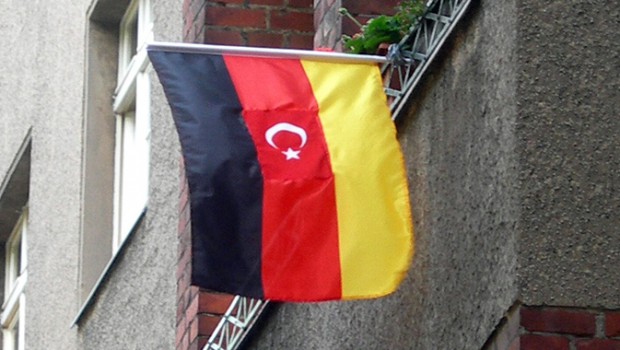 What are you: German or Turkish?

A fundamental change in Germany’s integration policies might soon make it possible to answer: Both.

Until now, New Europeans with Turkish parents born in Germany had to decide on which nationality they wanted to possess: either German or Turkish. Having a dual citizenship was not possible.

Hans-Peter Friedrich, member of the Christian Social Union in Bavaria (CSU), and executing German Minister of Internal Affairs, argued that a dual passport would threaten the German identity and that one would have to “earn” the German citizenship.

That he is referring especially to New Europeans with a Turkish background, is no secret: “If we give millions of people a dual citizenship, which they will pass on, we will have a constant Turkish minority in Germany.”(Berliner Zeitung)

Since the reforms by the former Government of the Social Democrats and Greens in 2000, children of migrants can keep both citizenships, but between the ages of 18 and 23, they have to decide for one.

However, the obligation to choose does not apply for all migrants, but only for those originating from certain countries, including Turkey, Serbia and Bosnia.  People coming from the European Union, for example, are generally allowed a double citizenship.

During the current coalition talks, the Social Democrats (SPD) made implementation of a dual citizenship a key demand for forming a government with Merkel’s centre-right CDU/CSU.

That the SPD triumphed on imposing their claim, is great news to all, especially to the many New Europeans living in Germany. In times of changing demographics in Europe, many countries are in need to attract more immigration, and a double citizenship is an important factor.

It will set a strong signal that possessing a dual identity does not exclude you from being German or European. Because particularly this combination of our different cultures creates and enforces our European society, based on the values of diversity, tolerance and openness.

CDU
German Christian Democratic - centre-right political party.
New Europeans
People with a migrant background, who live and work in a European country and, in most cases, do not intend to go back to their country of origin. Their future is, rather, in Europe