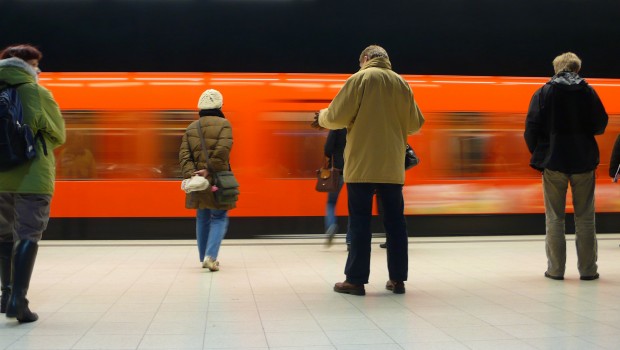 This year’s European parliamentary elections revealed three important paradoxes in European migration dialogue. First, public discourse displayed egregious misalignment between popular perceptions of immigration and immigration realities. These unfounded perceptions of immigration’s impacts fuelled the ascent of anti-immigration and xenophobic political parties and, unfortunately, underpinned national-level dialogue. The abstract nature of national dialogue stemmed from a second gap: the failure of national policymakers to engage and learn from more practical local-level discourse about migration. Had national leaders engaged local leadership in the discussion, they might have avoided the third misalignment: asking the question, “Does immigration benefit destination communities?” This inquiry is poorly framed not only because empirical evidence has largely answered it in the affirmative, but also because it assumes migration can be stopped.

A more productive query is: “How can destination communities maximize the benefits of migration?” Exploring this question is the best way to arrive at practical policy tools that benefit natives and immigrants, alike.

The article failed to mention important auxiliary information: these 3000 individuals are the exception rather than the rule. Overall, European migrants to the UK have made a positive fiscal impact, even as the UK has run fiscal deficits. A 2013 OECD report confirmed that, in all but three OECD countries, immigrants contributed a net average of 3.280 euros annually through taxes and other fees.

Even if incoming immigrants were not immediately fiscally beneficial, costs associated with supporting their arrival and transition should be viewed as an investment. Due to ageing, native workforces in Europe are already shrinking dramatically. (…) European policymakers thinking about the human resources required for future economic growth might consider immigrants’ potential to fill a growing void. Data show that immigrants are filling important labour market roles at all skill levels, but not rapidly enough. Thus, assisting immigrants in adapting to their new social, cultural, and economic realities may represent an important step in strengthening the European labour market.

(…) Furthermore, immigrant innovation in high-skill sectors, along with high rates of entrepreneurship, ultimately leads to extensive job creation that benefits the entire economy.

National-level public debates have largely ignored these data and disregarded immigrants’ cultural contributions, as well. Around Europe, immigrant communities add to the diversity of thought and experience. The social and economic impact of communities such as these, unacknowledged at the national level, is felt and appreciated at the local level.

While national discussion continues to debate whether or not immigrants benefit society, local leaders must innovate policy responses to other concerns. Urban areas are the destination point for most international immigration, and cities’ leaders must turn their thoughts towards how to leverage that fact for the benefit of their communities.

Smaller cities, eager to bolster the proliferation of small and medium enterprises, might consider the role that migrants could have in economic diversification and revitalization. Entrepreneurship rates of migrants approximate those of natives in many European countries despite migrants’ lack of contextual market information, economic support networks, or—often—linguistic or tacit cultural communication skills.

Inviting immigration could also be a municipal tool to battle local-level population shrinkage, which adversely affects many European cities. Immigrants can help replenish labour pools, put valuable infrastructure to use, and give some modicum of balance to tilting dependency ratios threatening municipal finances.

Increasingly, cities hoping to maximize the benefits of immigration will need to craft strategies to cultivate an inclusive environment that facilitates urban migrant integration.

Maximizing the benefits of international labour mobility requires an understanding of the barriers to immigrant success. Thus municipal plans should aim to identify how barriers manifest themselves in urban areas and consult with immigrant workers and business-owners, related NGOs, community groups, and urban planners on how to dismantle them.

Barriers to labour market integration can take the form of skill invisibility, inherent biases, or communication barriers. Skill invisibility can occur when local employment institutions do not have the information or resources necessary to detect the value of vocational skills or degrees acquired in a foreign context. This devaluation of immigrants’ experience or education can prevent full exploitation of their abilities in the labour market.

Productive workforces must benefit from adequate public services, such as healthcare and transportation, to which many immigrant communities lack access. Increased consultation might reveal the need for collaborative policing programs to build community trust, or nuanced zoning regulations to facilitate immigrant entrepreneurship in residential neighbourhoods.

Labour market integration and social cohesion can lay the groundwork for migrant integration, as long as neighbourhoods exist that are welcoming to recent arrivals. Whether they are affordable housing blocks that serve as landing pads for new residents, or ethnic enclaves that serve as an important cultural link between migrants and natives, institutions must support immigrants’ ability to root themselves in a city.

Perhaps the most important externality of efforts to create cohesive local-level migrant integration plans is their potential to generate a change in public perception. The work of local policymakers, service providers, and community members to maximize the benefits of migration can help shift the dialogue at the municipal, regional, and perhaps national levels, from abstract and sensationalist to goal-oriented and productive.

Forming overarching and effective integration strategies is no easy feat. But such efforts will not only maximize the benefits of international migration for migrants and their destination communities, but also catalyse more productive local and national dialogues about migration policy.

Fiscal
A term referring to the use of government’s spending and taxation to influence the economy.
New European (Parliamentary calendar)
The annual calendar of the European Parliament, where you can find all the voting sessions and various meetings the Members of the European Parliament must attend. Click here to have a look at the 2013 calendar.
New European (New Europeans)
People with a migrant background, who live and work in a European country and, in most cases, do not intend to go back to their country of origin. Their future is, rather, in Europe
Entrepreneurship (Entrepreneur)
A person who operates a business and takes on many risks to do so. Entrepreneurs are also innovators, coming up with new ideas and interesting solutions. New companies create more than 4 million new jobs in Europe every year.
UNITEE
UNITEE represents entrepreneurs and business professionals with a migrant background, most of them of Turkish descent, and whom we refer to as ‘New Europeans’. http://www.unitee.eu/