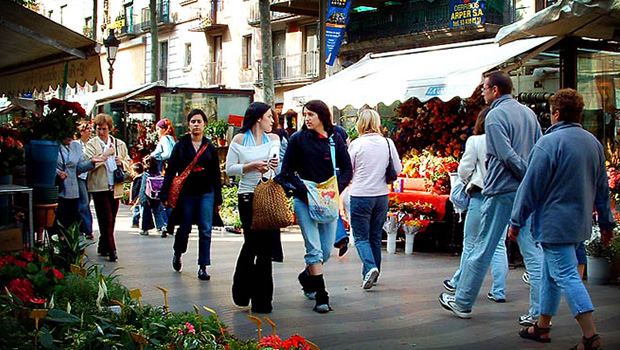 Reshaping Cities – On how Migrants Have Redrawn our Urban Spaces

Europe’s history has been shaped by migration. For centuries, merchants, craftsmen, intellectuals, and nowadays immigrants, decided to move to Europe to give themselves a new lease on life. Today, some 47 million foreign-born residents live in the European Union. This figure will keep on increasing and play a significant role in the demographic and urban structure of European cities.

When it comes to the impact of migrants on cities, what springs to mind is their counteracting the negative aspects of a low birth-rate and an ageing population. But migrants’ contribution goes beyond that: they have a huge impact on the economy, the culture and the policies of their host cities.

Creating jobs and fostering growth in your cities

One only needs to stroll along the streets of European cities to witness the economic contribution of migrants: in Copenhagen, Frankfurt and Zurich, immigrant businesses comprise around 20% of all businesses and this figure rises to over 35% in Amsterdam, Strasburg and Vienna.

The idea that migrants steal natives’ jobs is therefore a widespread misperception. On the contrary, they create new jobs, for themselves and for others, thus alleviating unemployment in European cities. And by taking over some businesses which have been abandoned by native entrepreneurs, migrants also contribute to rejuvenate streets and neighbourhoods in decline.

Thanks to migrants, European cities are also becoming more competitive. Migrants might not come with a lot of money, but they bring with them knowledge, skills and aptitudes usually different from those of the hosts. They thus contribute to the human and technological development of their new cities and foster innovation.

Entrepreneurs with a migrant background, referred to as New European, keep some connections with their country of origin. They erase borders and play a key role in facilitating international trade. A great example of that is Sweden: 22% of Swedish foreign-owned businesses target their goods and services towards the international market; whereas only 15% of native-owned businesses do (EESC, 2012).

Migrants are the embodiment of their culture of origin. Their influence on the cultural dynamics of a city – how we live, experience, apprehend and perceive what surrounds us – is then obvious.

The impact of immigration on the area of cuisine and food consumption, for example, is striking when one looks at the wide range of ‘foreign’ foods in supermarkets or the boom in number of ‘ethnic’ restaurants, or even the steadily increasing changing food habits of the autochthonous population.

Needless to say, migration shakes arts up, too. The stories that migrants want to depict through art are different from the natives’: their experience of having to say farewell to their country, of having to deal with exclusion or with the fear of living in a foreign country … What better medium of expression than art to express those feelings and share them with natives? What a great way to reach a mutual understanding and develop sympathy towards migrants.

Immigration has set up a new deal in policy making: political discourses have changed and initiatives to better integrate migrants seem to bloom in most parts of the European Union. How can cities use their role of policy-makers to reach inclusion and equal opportunities for migrants and autochthones?

Many European cities, for example, have taken it upon themselves to establish a framework for consultation so that migrants’ voices are heard at the local level.

The Danish capital, Copenhagen, has based its Inclusion Policy 2011-2014 programme on the strength of diversity, putting emphasis on equality and citizenship for everyone; having in mind to make Copenhagen the most inclusive city in Europe by 2015.

Stuttgart, Germany, is another example of these inclusive cities. In 2001, it adopted the Pact for Integration, an initiative aimed at involving, through a coalition, public, private and civil society interests. These so-called partners are strongly committed to integration and to making it contribute to an intercultural and inclusive city.

The Spanish city of Barcelona proved its strong commitment to diversity and anti-discrimination by developing and running a public awareness raising campaign tackling stereotypes.

Cities are a place for diversity where different cultures and lifestyles coexist. With the emergence of new forms of migration and cross-border mobility, it is inevitable to start rethinking urban patterns and understanding how people’s differences can be mobilised for the benefit of the individual, organisations and society as a whole. More than ever: “in Varietate Condordia”.