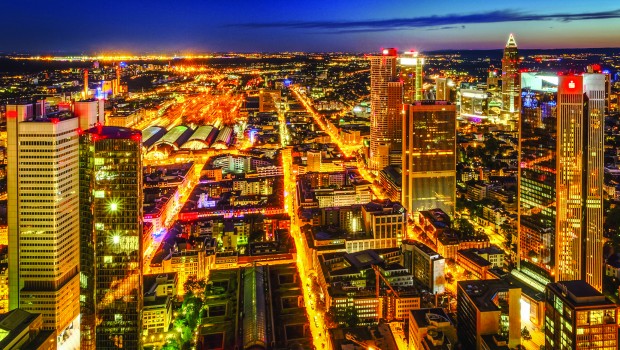 Unlike countries, cities do not have borders, fences or coastguards. But they do have a huge stake in who comes to live within their territory. Immigration has considerable potential for local economic development. With the right injection of human capital—the skills and know-how of residents—cities can become thriving tech clusters or global beacons for business.

Yet, cities generally have almost no say over immigration policy and remain at the mercy of national policymakers to make decisions on bringing in workers from outside the European Union. High public anxiety about immigration can mean that pragmatic immigration reforms are extinguished by political disagreement; and many national governments are seeking to reduce the numbers of migrant admissions.

Cities are also leading innovations that seek to make the most out of non-economic migrants. Several cities have sought to brand themselves as islands of inclusion, such as by allowing unauthorized residents to access city services with no questions asked. Others are leading as employers of people with diverse backgrounds, ensuring that city institutions reflect the populations they serve. And some cities have even been exploring ways to make city ‘citizenship’ both meaningful and inclusive, for example by offering identity cards even to those who are unauthorized residents, or by developing a notion of local identity that is explicitly open to people of different nationalities.

As cities jostle for place on an ever-more-crowded global stage, their success in recruiting migrants with the skills they need — and integrating them — will be critical to their competitiveness.

Immigration and cluster development: the example of London

London is considered by many to be the premier destination for world-class universities, finance and fashion. But it has not been as successful in its attempts to conquer the tech industry. Known colloquially as ‘Silicon Roundabout’, London’s fledgling tech cluster has failed to mature as fast as some hoped.

According to Max Nathan, an economist who works on urban policy and diversity, immigration policies have been a factor in the cluster’s sluggish development. It’s the characteristics of the tech industry in particular that make ordinary immigration rules especially constrictive.

One solution that has been touted by London’s mayor, Boris Johnson, is to have ‘London Visas’ — quotas reserved for London. According to Roudy Shafie, Principal Policy Officer from the Greater London Authority (GLA), a regional visa for the greater London region makes sense because London isn’t competing with elsewhere in the United Kingdom, but with Silicon Valley or Berlin.

While London looks unlikely to get its own visa anytime soon, its powerful international brand continues to make it a top destination. Immigration is an integral part of this brand, and one that other cities are trying to borrow from as they seek to make their diversity an asset.

This diversity has happened somewhat rapidly in Rotterdam, which experienced significant social change in a short time. Today, half the city’s residents have a diverse background. Rotterdam hopes it can develop an international brand that conveys both being open to international business yet inclusive to its existing population.

To communicate this message, Rotterdam has developed the idea of ‘urban citizenship’, a form of local belonging that highlights participation and reciprocity. Rotterdam has also invested heavily in ‘mainstreaming’ city services — making sure that they are accessible to a diverse population — and sought to employ people at all levels of city government from different cultural backgrounds. (…)

But challenges remain. Much of the white Dutch population lives in the suburbs or the north and east, while the city centre contains areas of concentrated poverty and poor housing. And about segregation and social exclusion is high: concern the party Leefbaar Rotterdam (Livable Rotterdam) won the 2014 municipal elections in part on an anti-immigration ticket.

Cities across Europe are leading efforts to employ diverse groups and build intercultural competences among employees, counter public anxiety about immigration through anti-xenophobia campaigns and ensure services are accessible to the populations they serve. As such, they are on strong footing to maximise their human capital as a tool for innovation and growth.

A number of additional innovations could help cities in their quest to support new and existing populations. First, cities could be better mentors to immigrant entrepreneurs. Foreign-born residents often face an array of challenges. Cities could help recent arrivals overcome these hurdles by providing seed funding, business support and networking,

Second, cities are not yet capitalising on the rich opportunities that smartphone apps offer for newly arrived immigrants, who tend to be high users of mobile phones. Policymakers are beginning to see the potential in language and vocational training apps, which facilitate on-the-go learning.

Finally, while cities are ahead of the game in efforts to mainstream immigrant integration, they have not systematically mainstreamed integration into urban planning. Outstanding questions include how to redesign transport systems to counter the negative effects of residential segregation and create public spaces that are both accessible to diverse groups and provide opportunities for cultural exchange.

Realistically, cities are unlikely to get more control over immigration policies anytime soon. The real innovators will therefore be cities that are able to get the most out of their population, whoever they are, rather than checking people’s skills at the city gates.

Foreign-born
People born outside their country of residence.
New European (Parliamentary calendar)
The annual calendar of the European Parliament, where you can find all the voting sessions and various meetings the Members of the European Parliament must attend. Click here to have a look at the 2013 calendar.
New European (New Europeans)
People with a migrant background, who live and work in a European country and, in most cases, do not intend to go back to their country of origin. Their future is, rather, in Europe
UNITEE
UNITEE represents entrepreneurs and business professionals with a migrant background, most of them of Turkish descent, and whom we refer to as ‘New Europeans’. http://www.unitee.eu/