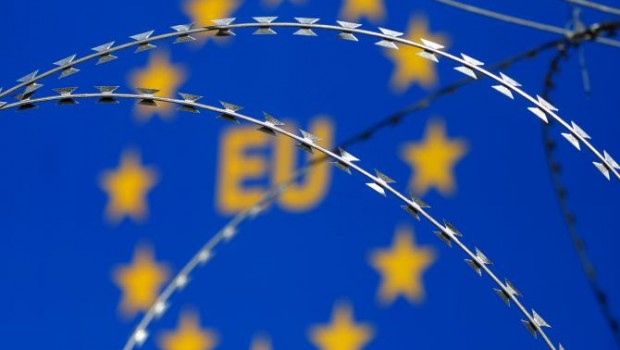 What can Europe do to increase responsibility-sharing among EU Member States?

Five years into the Syrian conflict has caused millions to flee from the country’s civil war to seek refuge in neighboring countries and Europe.  The conflict has culminated into the world’s largest humanitarian crisis since the Second World War. This has resulted in a massive influx of refugees into Europe, causing pressure on the resources of countries receiving them, especially countries on the borders. As the Dublin System was not successful in managing the migration dynamics, responsibility-sharing has been proposed by the European Commission, by setting quotas for each Member State in May 2015.

According to a research done at United Nations University in Maastricht, on the topic of how to increase the responsibility-sharing among the EU Member States it has been found that Islamophobia and xenophobia are contributing factors as to why some Member States do not want to accept the quotas for a fairer responsibility-sharing. The main suggestion in the research is to fairly share the responsibility of receiving a large number of migrants on all Member States. Since the EU Member States have legal obligations to protect refugees and asylum seekers, as a result of a number of treaties they are signatories to. This article will give policy recommendations, as well as possible motivations behind Member States wanting to cooperate on such an agreement.

The Dublin System has been criticized for placing a disproportionate burden on countries that are at the external borders of the EU, thereby enlarging the problem of highly uneven distribution of asylum seekers[1]. Therefore, the Dublin System is not capable of responsibility-sharing, and allows for lack of solidarity in the European asylum policy. To increase solidarity among the EU Member States the European Commission created Common European Asylum System (CEAS). However, apart from setting out common standards across the EU to ensure asylum seekers are treated equally, CEAS did not include any concrete measures for responsibility-sharing.

Despite Member States being the signatories to various Conventions and treaties relating to refugees, they have not committed to the requirements nor taken serious efforts to fulfill their obligations. Some have even explicitly gone against the intentions of the treaty. There have been instances of mistreatment of refugees from police action as well as border guards physically restricting asylum seekers from reaching the borders[2]. We have seen that in the case of Hungary for instance, whereby they raised a fence and used tear gas to deter migrants from entering, arguing that migrants are mostly fleeing bad economic conditions, and therefore do not need asylum status to protect their lives[3].

The leaders of States such as Hungary, Slovakia, Poland and Czech Republic all prefer non-Muslim migrants to come to their country[4]. This could be due to the reason that political leaders and influential media are equating Islam with violence and terrorism[5]. Concisely, Slovakian leaders said they would only accept Christian refugees from Syria, and Hungarian Prime Minister said that his country does not want a large number of Muslims, whereas Polish head of the country’s immigration office said that religious background would affect the refugee’s status application[6]. The Geneva Convention states that it applies without discrimination on ground of religion; the EU Charter of Rights also bans the discrimination on grounds of religion when applying EU law. Therefore, Member States stating their unwillingness to take Muslim refugees is a clear breach of both international and EU law.

Therefore, in order for a successful implementation of responsibility-sharing, the reasons behind Member States not agreeing on the proposed quotas needs to be addressed and resolved.

This article proposes the following main recommendations for a successful implementation of responsibility-sharing:

Recommendations such as motivational factors, better integration, and entrepreneurship skills, would make the migrants look less of a burden to Member States that are hesitant to accept asylum seekers because they view them as burden. Thus, perhaps the Member States would be more open to migrants if they see a benefit from them. If responsibility-sharing is effectively planned out and implemented, the countries concerned would have a positive factor for growth and success. The positive effect of migration (one which is carefully planned) on Europe, and its Member States is obvious one, as migrants ease the problem of aging workforce, they bring creativity and innovation, and have labor skills from which the host country can benefit.

This research found that some of the reasons why the leaders of Member States are reluctant to accept the quotas proposed are due to xenophobia and Islamophobia. Thus, combating xenophobia is a key component in increasing responsibility-sharing. Some of the ways to battle xenophobia have been proposed in the recommendations.

Single Market
It enables EU citizens with “four freedoms”: free movement of people, goods, services and capital in all 28 Member States. (Similar to Internal Market)
SME (SMEs)
The category of micro, small and medium-sized enterprises (SMEs) is made up of enterprises which employ fewer than 250 persons and which have an annual turnover not exceeding 50 million euro, and/or an annual balance sheet total not exceeding 43 million euro.
Entrepreneurship (Entrepreneur)
A person who operates a business and takes on many risks to do so. Entrepreneurs are also innovators, coming up with new ideas and interesting solutions. New companies create more than 4 million new jobs in Europe every year.